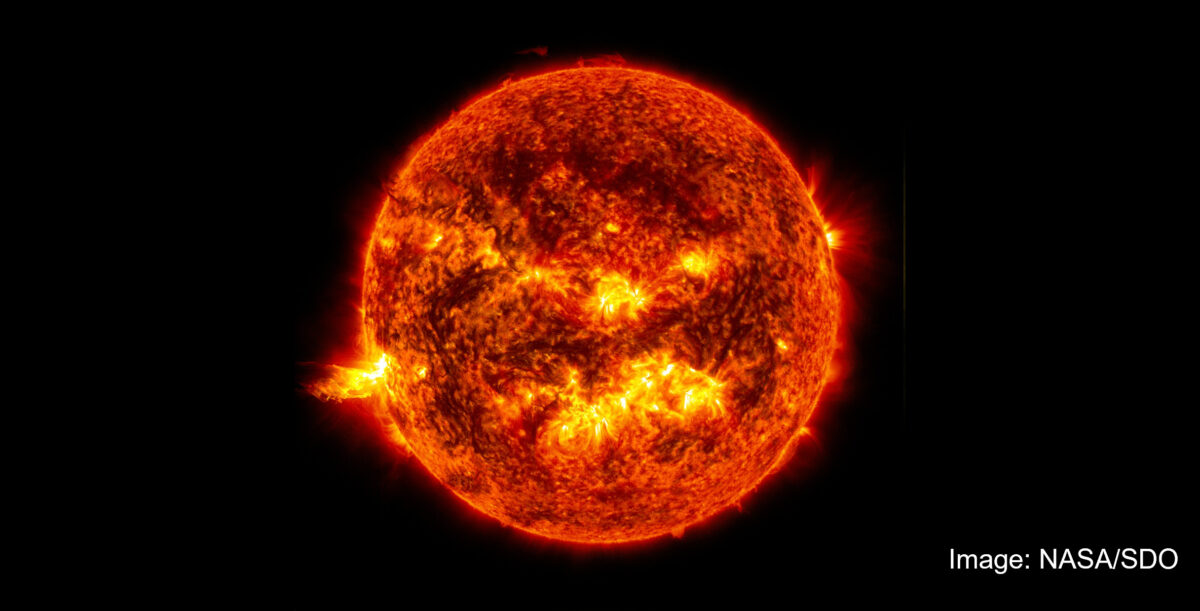 The sun is not responsible for the global warming that has been observed over the last century. The sun plays a central role in determining how warm our planet is, and its output of energy does change over time, but these changes in solar output are not the reason for recent warming.

The sun has a cycle of rising and falling output of energy that repeats about every eleven years on average. With sensors on satellites we can measure the incoming energy from the sun—these data are shown in Figure 1a, which plots measured Total Solar Irradiance, in watts per square meter, from 1980 to 2019.* The cycle in solar output corresponds to a cycle of changes in the Sun’s magnetic field and the number of sunspots—cooler regions on the surface (Figure 1b). 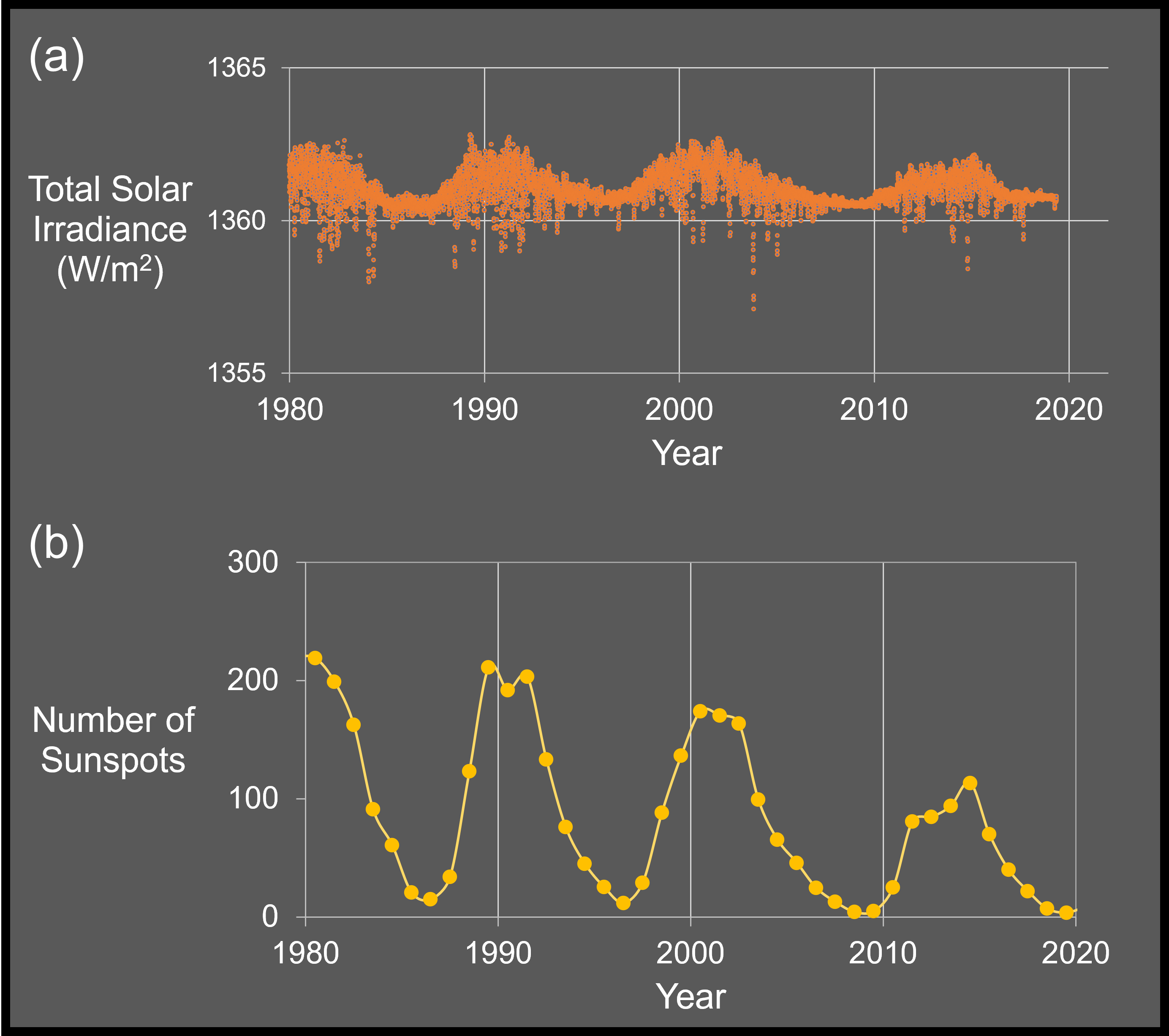 Figure 1: (a) Total Solar Irradiance (that is, output of energy from the sun) measured in watts per square meter, from 1980 to 2019; (b) Number of sunspots over the same time period. Graphs by Ingrid Zabel for PRI's [email protected] project (CC BY-NC-SA 4.0 license).

Overall, this data set shows that the sun's output has not been increasing in recent decades. Sunspot cycles have been consistently recorded, but these have risen and fallen as expected, never increasing their net output of energy. No other solar outputs correlate with the warming trend, either. So for the period for which we have direct, observable records, the Earth has warmed dramatically even though there has been no corresponding rise in any kind of solar activity.

The Solar Cycle As Seen From Space by NASA (YouTube)