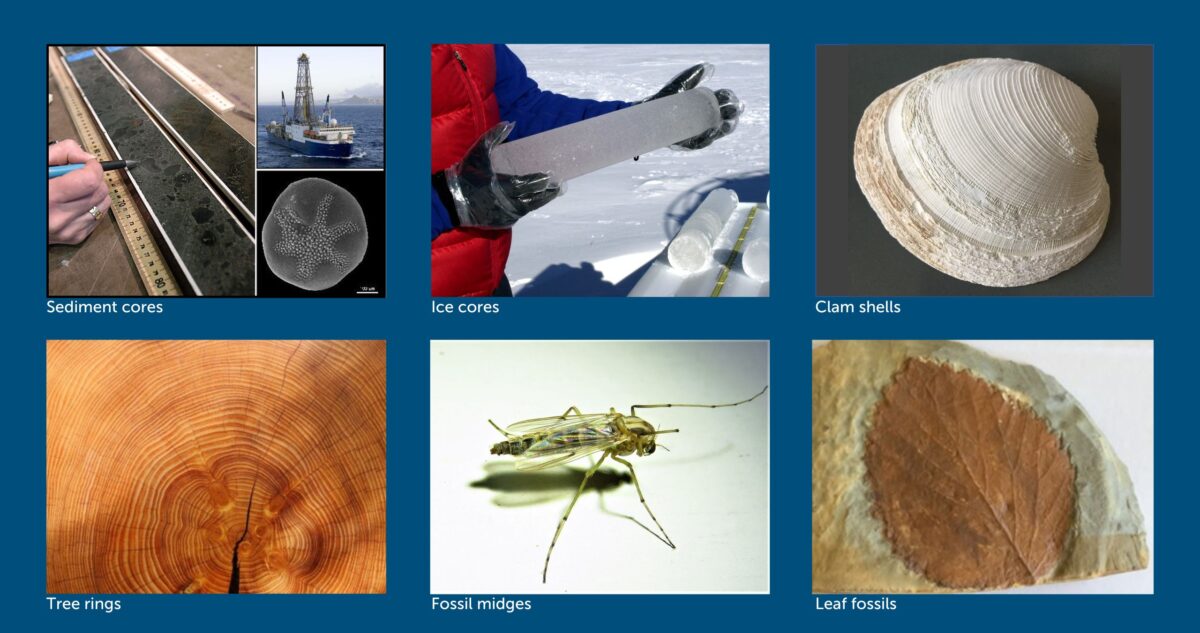 People existed thousands of years ago, but our distant ancestors didn’t have equipment like we do today to measure climate variables like temperature and rainfall.  We can imagine that our ancestors sat around fires and talked about weather events such as severe storms and drought, but we don’t have records of those conversations.

Luckily, we have something else to tell us about climates of the past: climate proxies, which are biological, physical, and chemical records in nature that preserve Earth’s climate history and substitute for direct measurements.  Examples of these are ice cores from glaciers and ice sheets, sediment cores from the bottom of the ocean and lakes, tree rings, coral skeletons, clam shells, leaf fossils, and other natural records.

For example, some of the most finely detailed climate records come from ice cores: cylinders of ice that are extracted from the Antarctic and Greenland ice sheets, and from mountain glaciers around the world. Glacial ice forms from layer upon layer of seasonal snow that eventually gets compressed into ice, and the deeper you drill in the ice, the farther back in time you go. Scientists can date the cores from annual layers that are preserved in the ice.

To learn about past climates from ice cores, scientist use the fact that there is a known relationship between the ratios of stable oxygen and hydrogen isotopes in the ice and the temperature at the time the snow fell. Since the isotopes are stable, they don’t change over even billions of years, so the isotope ratios preserve this temperature information. 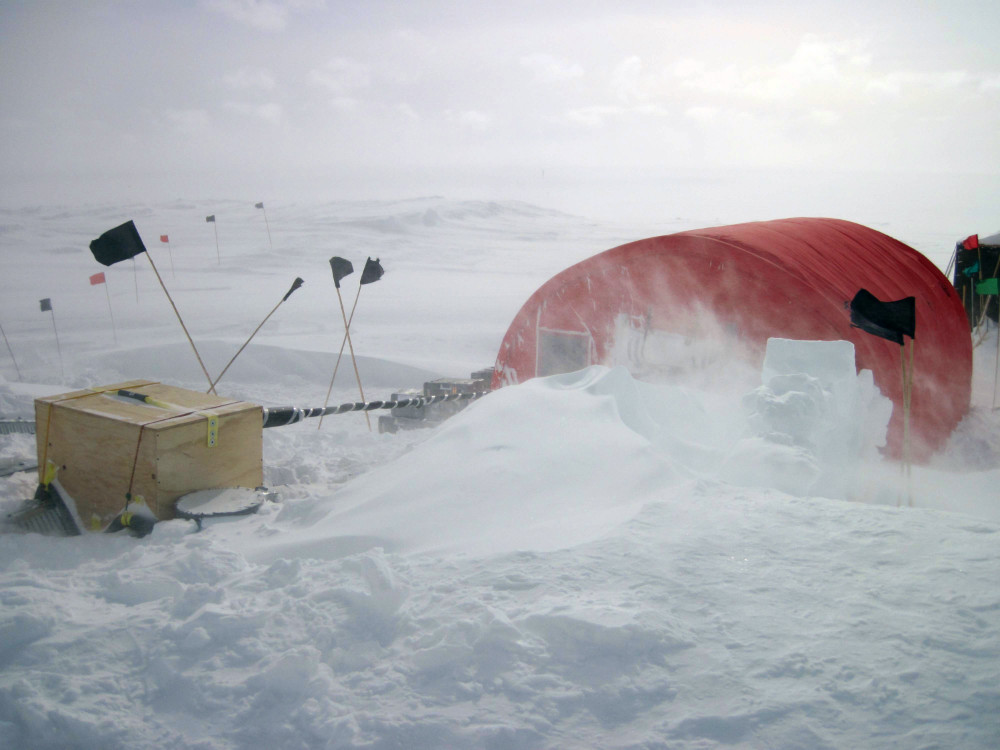 Carbon dioxide levels come from measurements of tiny air bubbles that were trapped in the ice at the time the ice formed. The ancient air—and its chemical composition—is preserved in these bubbles, and in this way we can learn about the concentration of greenhouse gases in the atmosphere from hundreds of thousands of years ago. 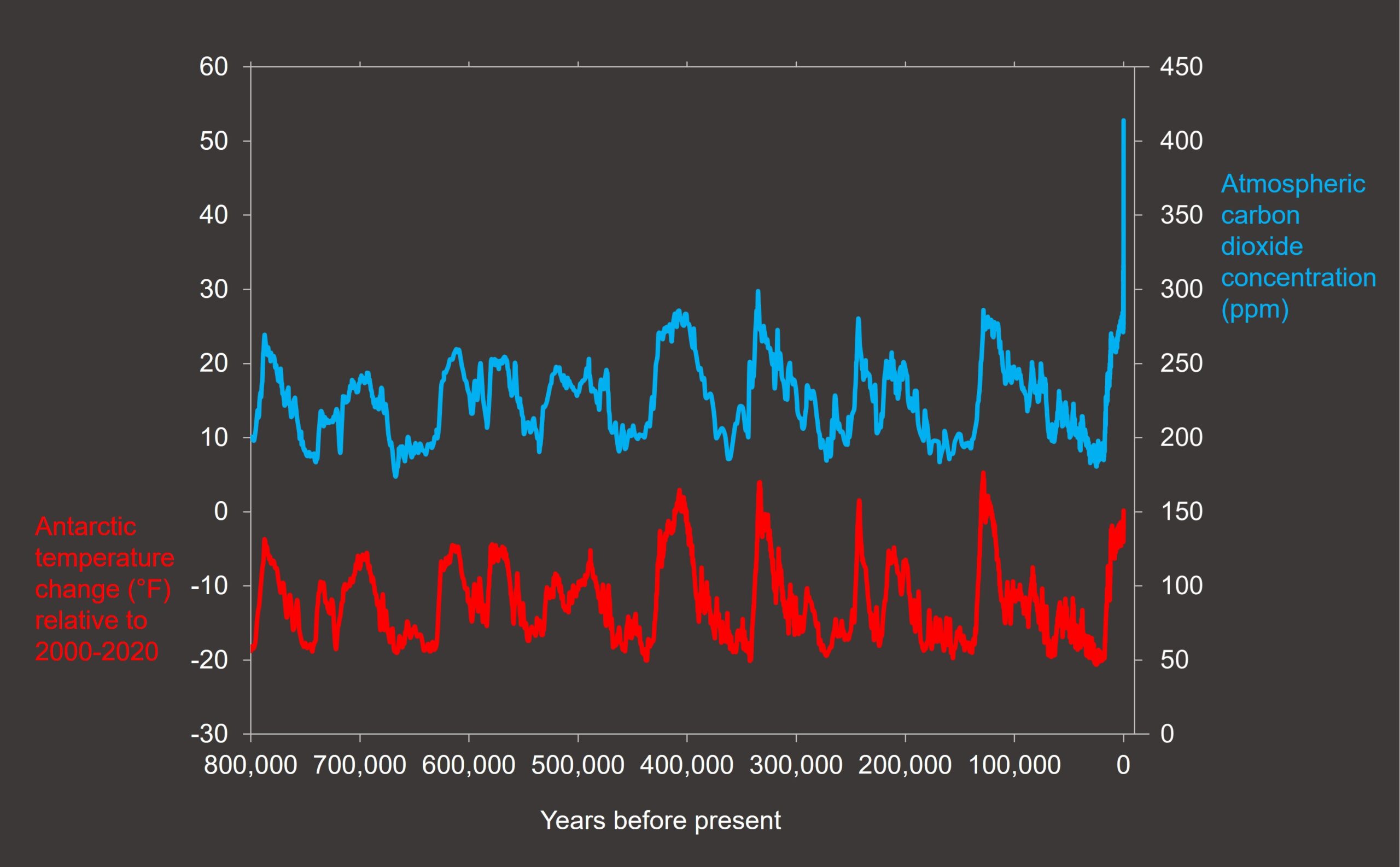 Graphs of Antarctic surface temperature and atmospheric carbon dioxide data from about 800,000 years ago to 2020. Data from before 1958 come from Antarctic ice cores. Similar temperature patterns are seen in ice and sediment core data from other parts of the world, indicating that these climate changes were global.  Carbon dioxide is well mixed in the atmosphere, so the carbon dioxide levels in Antarctic ice cores are indicative of global levels. Image by Ingrid Zabel for PRI’s [email protected] project (CC BY-NC-SA 4.0 license)