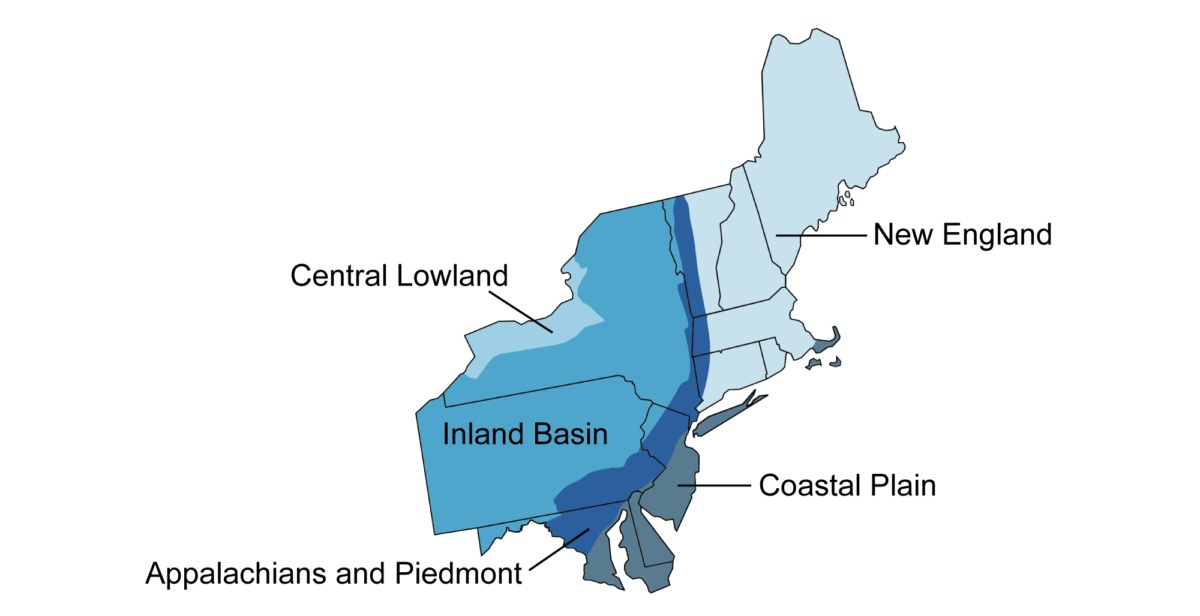 The northeastern United States include Maine, New Hampshire, Vermont, Massachusetts, Rhode Island, Connecticut, New York, New Jersey, Pennsylvania, Delaware, and Maryland. The rock record of these states tells the story of the gradual building of the North American continent over the past billion years, from ancient collisions with volcanic islands to the breakup of the supercontinent Pangaea to geologically recent glaciers that transformed the landscape.

We have divided the northeastern states into five geographic regions that each individually represent an important chapter in the geologic history of North America. These include New England, the Coastal Plain, the Appalachians and Piedmont, the Inland Basin, and the Central Lowland (see image above). The geographic regions reflect the shape of landscape (physiography), and each of those landscapes reflects a series a geologic events that resulted in the surface we see today.

Discover the broad geologic history of the northeastern United States, and then explore the rocks, fossil record, topography, and natural resources of each individual geographic region. Information about the Inland Basin region is available now; additional geographic regions will be added soon.

Discover the ancient events that created North America and shaped the modern landscape of the northeast. 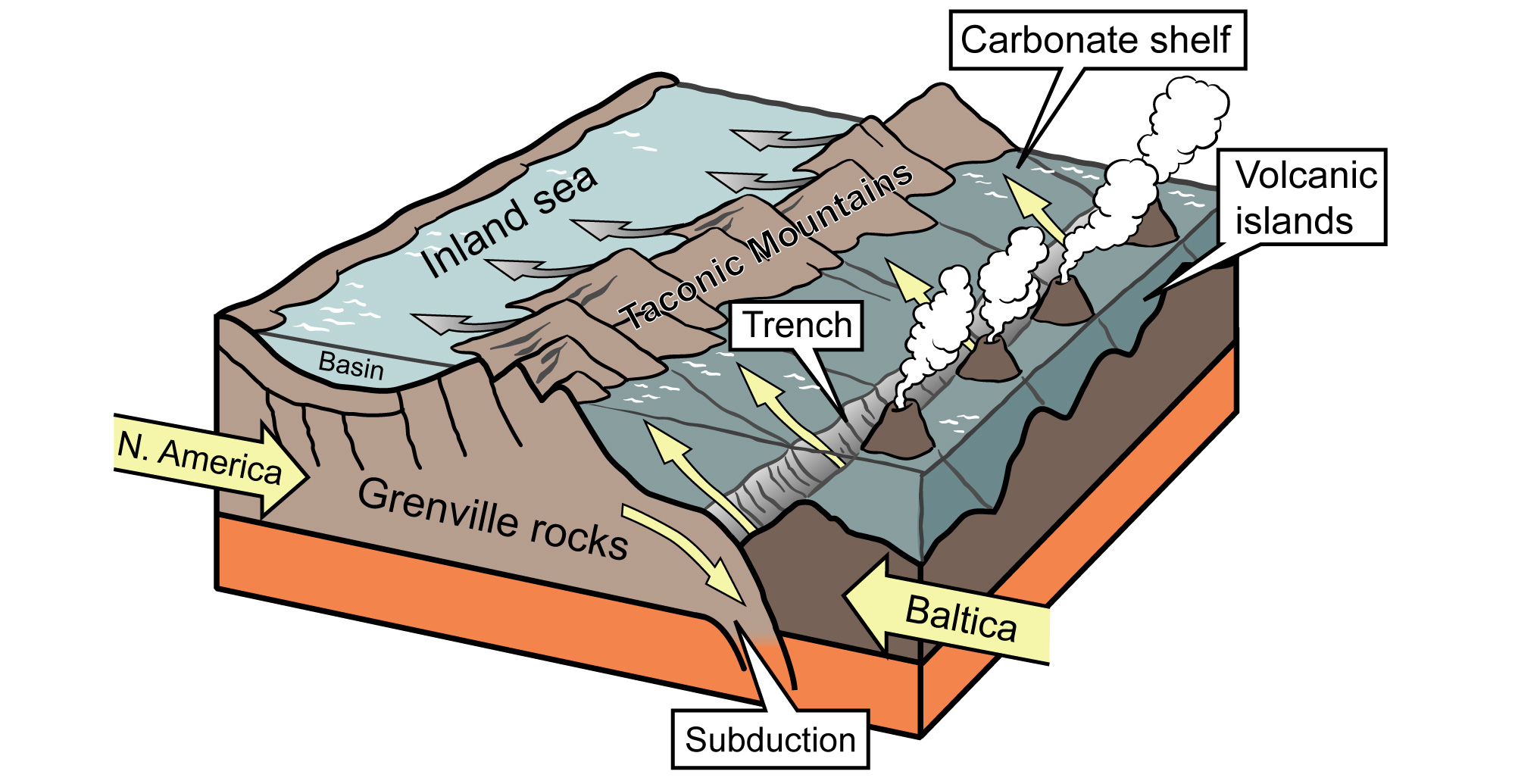 The Inland Basin region of the northeastern U.S. includes much of upstate New York (including the Finger Lakes and the Adirondacks), as well as much of western Pennsylvania. 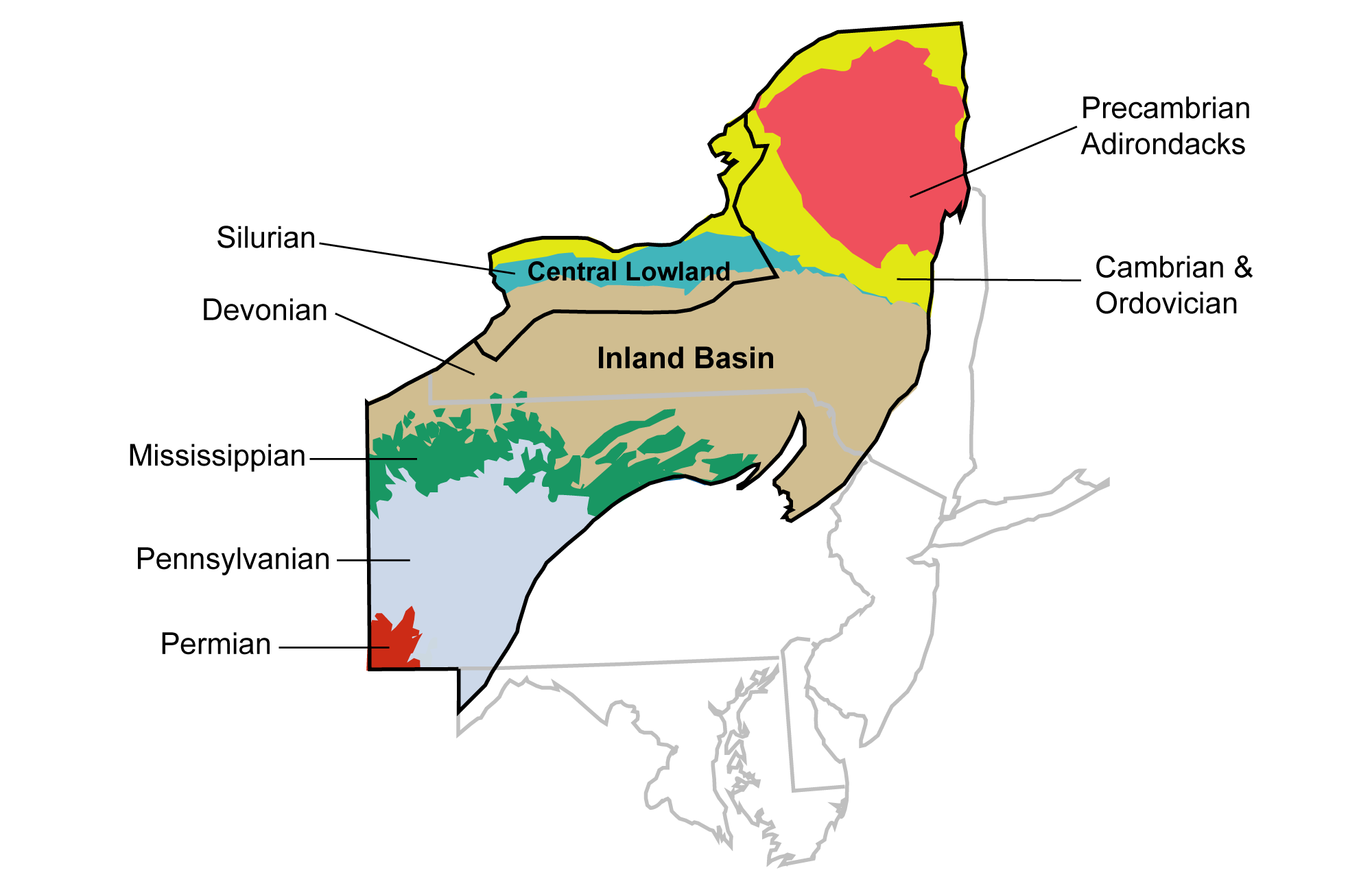