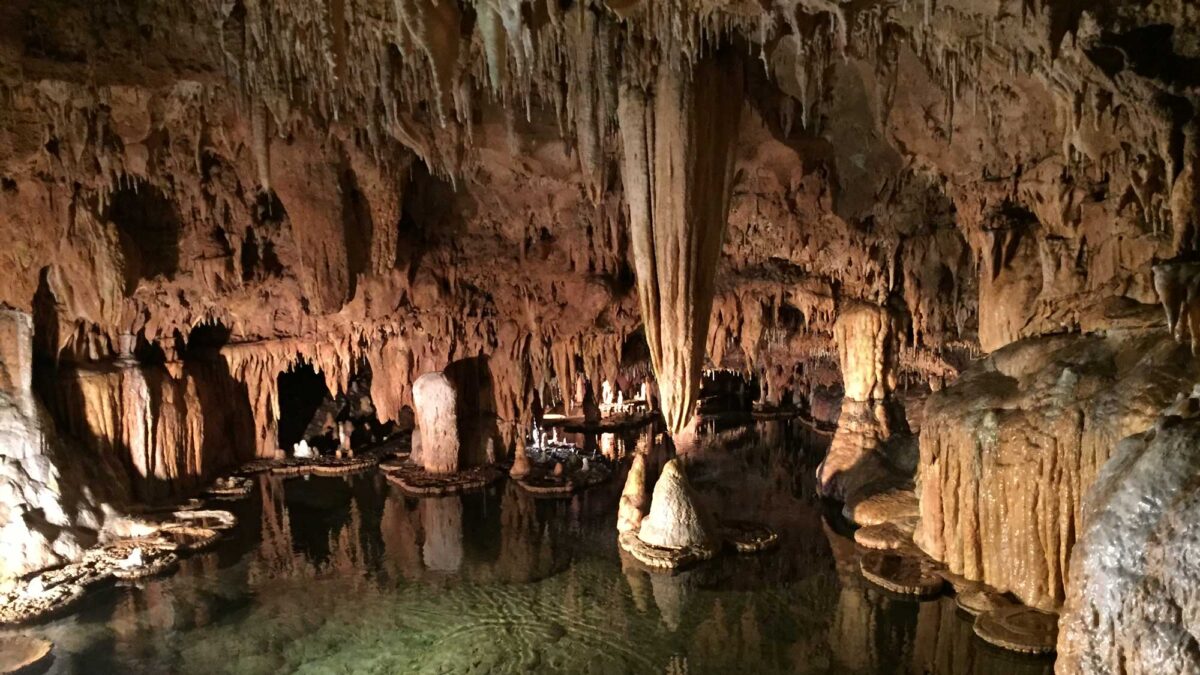 Karst topography refers to natural landscape that is largely the result of chemical weathering by water, resulting in caves, sinkholes, cliffs, and steep-sided hills called towers. These features form when water picks up carbon dioxide from the atmosphere and ground to form carbonic acid. Even this fairly weak and dilute acid dissolves carbonate rocks (such as limestone) relatively easily, resulting in dramatic features, even though other nearby rock is comparatively unaffected. 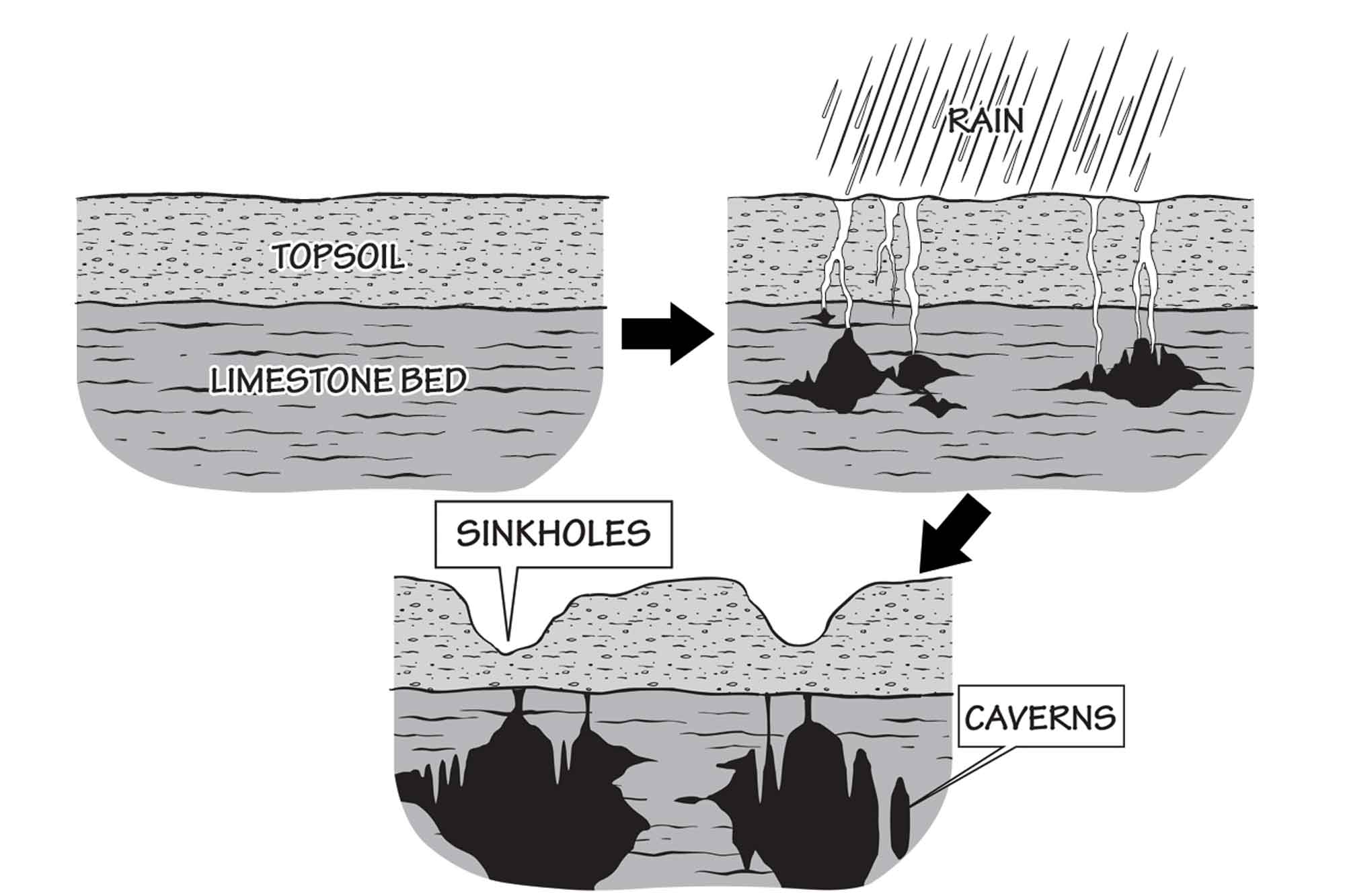 The process by which acidic water dissolves carbonate rocks like limestone, forming karstic features like caves and sinkholes. Image by Jim Houghton and Marie Regipa.

Karst is found in every state except Hawaii, and as an aquifer it is the source of a significant amount of our drinking water. While common, karst is not always easily identifiable because it is often not expressed at the surface or its topography has been affected by other factors. Karst topography is a relatively mature type of landscape, taking many tens of thousands of years to develop, and it can indicate that a region has been free of other forms of erosion, or deposition, for an extended period.