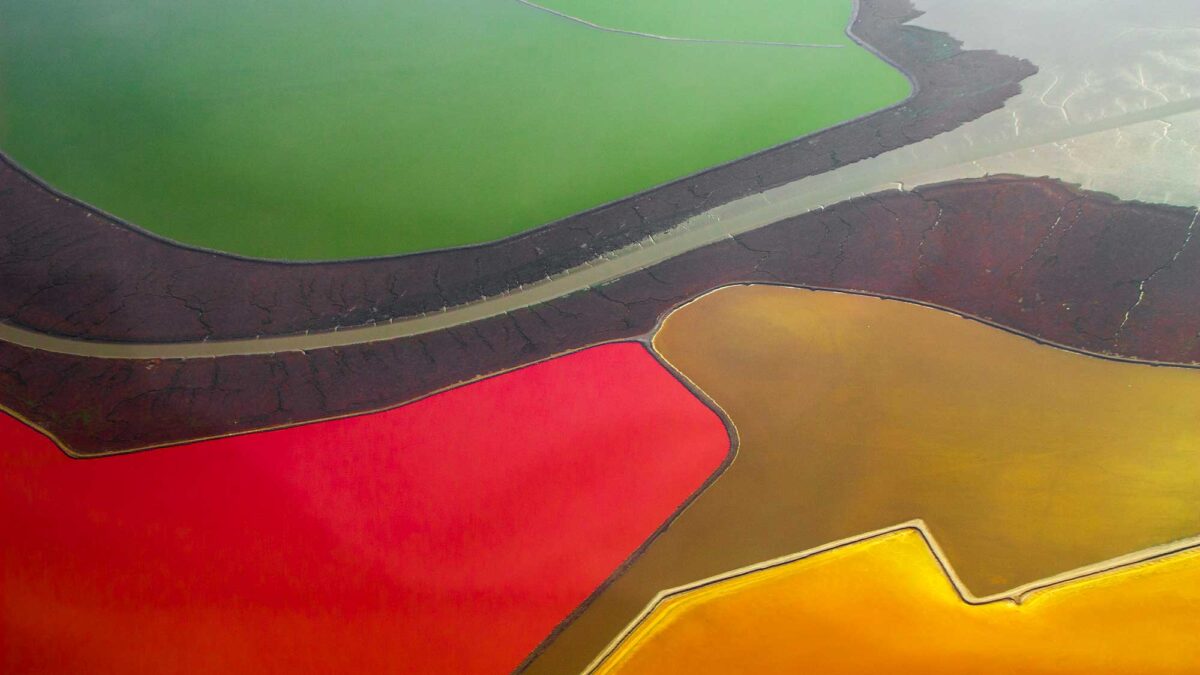 Snapshot: Overview of the mineral resources of the Pacific Border region of the western United States. 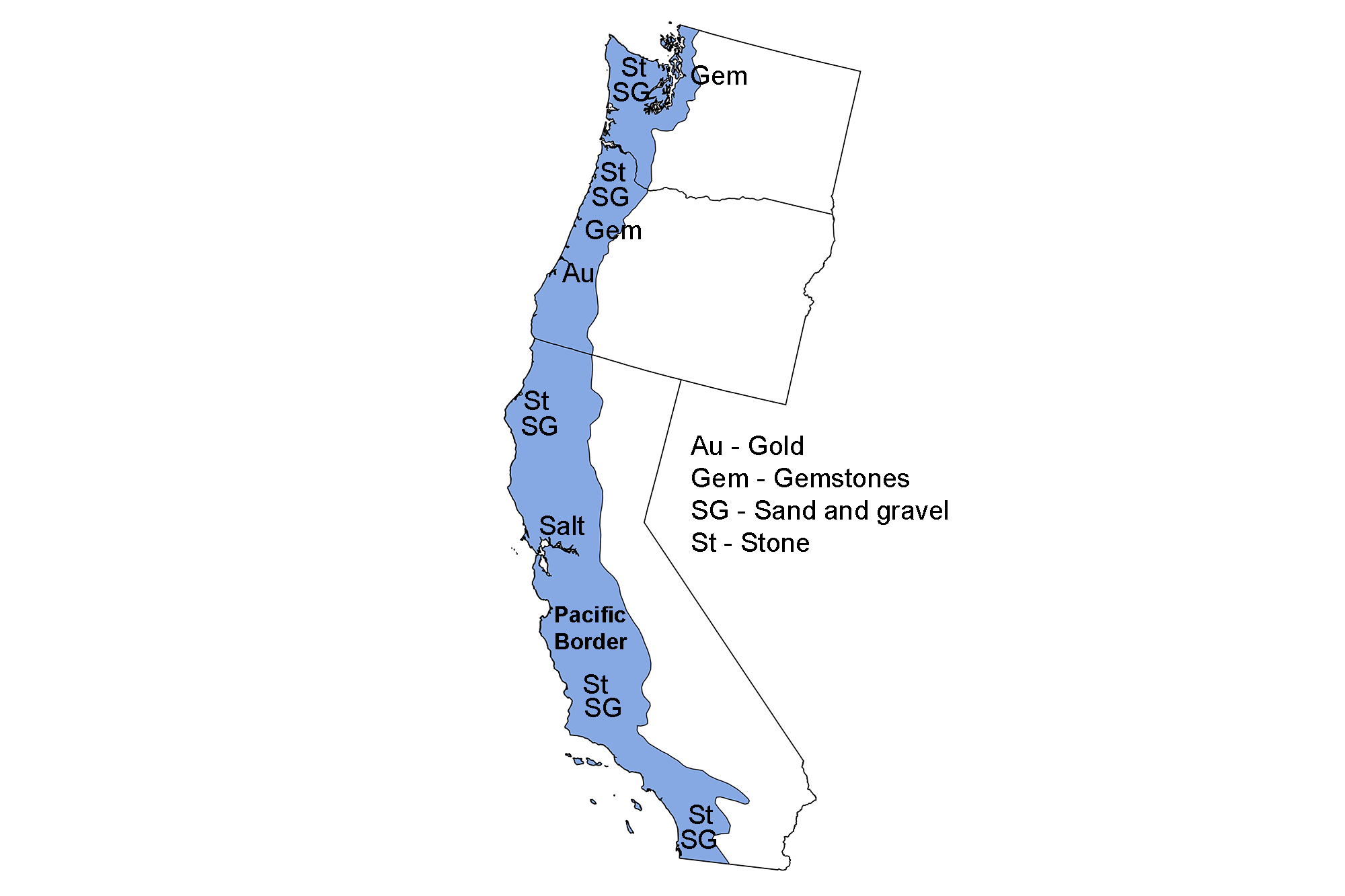 Locations of mineral resources in the Pacific Border region of the western United States.

The Pacific Border is defined by a series of mountain ranges that run along the coast. These mountains include (from north to south) the Olympic Mountains, the Oregon Coast Range, the Klamath Mountains, the California Coast Range, the Transverse Range, and the Peninsular Range. Much of the area formed due to Pacific plate subduction, as sea bottom sediments, basaltic upper crust, and ultramafic lower crust were scraped onto the overriding North American plate and subsequently metamorphosed, uplifted, and finally eroded.

Placer gold deposits were mined along the coast of Oregon and California. In southern Oregon, gold was originally found near the mouth of the Rogue River, and these beach deposits were extensively mined starting in the 1850s. There are still a few gold mining operations upriver on the Rogue, and gold can still be panned on the beach.

In the Klamath Mountains of southern Oregon and northern California, sedimentary deposits from the Devonian and Carboniferous periods form tightly folded slates. These slates are riddled with highly siliceous intrusions that contain copper and zinc. These minerals were mined extensively from the 1890s to about 1920.

As cities like Los Angeles and San Francisco began to grow along California’s coast, there was a demand for cheap building materials for roads, buildings, and other infrastructure. As a result, the quarrying of materials, including sand, gravel, and stone, became an important industry, and these materials are produced throughout this region. Large stones are used as breakwaters and jetties to protect coastal infrastructure from battering waves. Interestingly, the famous sandy beaches of Southern California no longer receive sand from the inland mountains. The growth of Los Angeles has interrupted the rivers that used to transport eroded sediments from the mountains to the beaches. As a result, rock is quarried from the mountains, mechanically pulverized into sand-sized grains, and then trucked to the beach.

Salt is produced in the San Francisco Bay—ponds are filled with saltwater from the bay, which is then allowed to evaporate.

"Restoring the Salt Ponds | Science in the City" by Exploratorium (YouTube).

It takes over four years for this process to turn saltwater into harvestable salt. The salt was originally used for paper pulp production, livestock, and food preservation, but today it is sold as table salt. Bittern, a byproduct of the salt purification, consisting of magnesium chlorides, sulfates, and other chemical compounds, is sold as dust control for construction sites and vineyards.

Further north, agate can be found along many beaches in Washington and Oregon. This semi-precious gemstone is collected and used for jewelry and other decorative purposes.