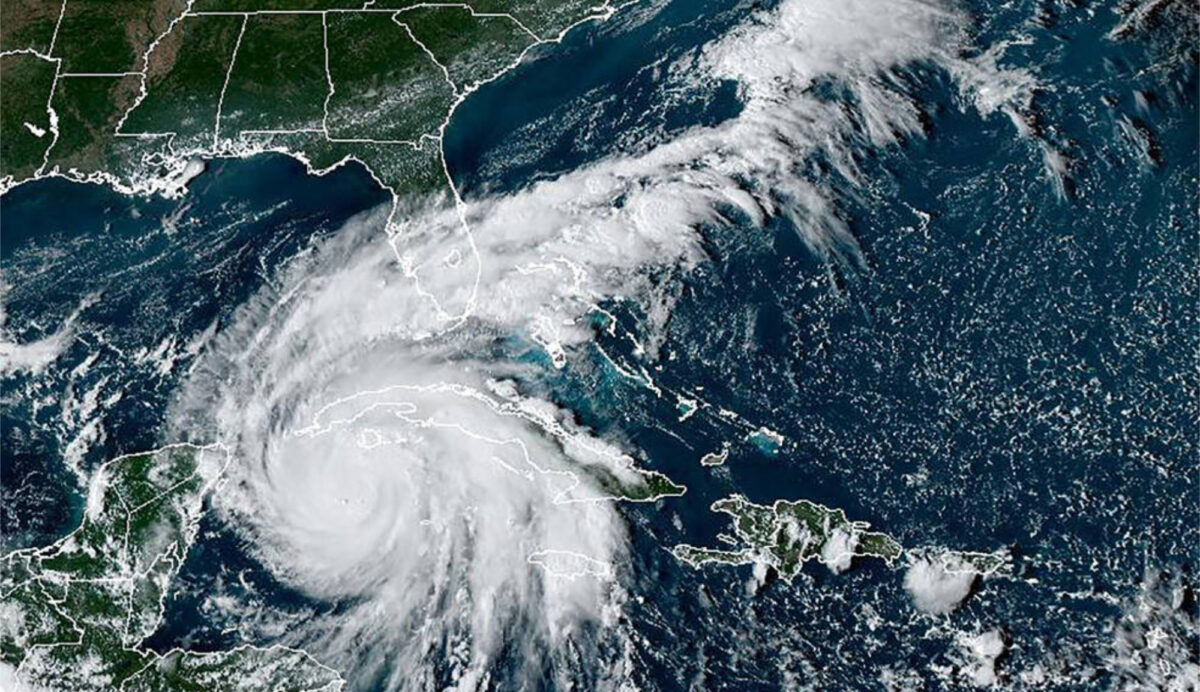 A warmer atmosphere and warmer ocean are increasing the likelihood that Atlantic hurricanes will be more intense (have stronger winds), intensify more rapidly, produce more rainfall, and move more slowly.

Image above: Hurricane Ian south of Cuba and Florida on September 26, 2022, from the National Oceanic and Atmospheric Administration's (NOAA) GOES-16 satellite. Credit: NOAA.

The Earth’s atmosphere has warmed over the last 150 years as a result of human activities—mostly from burning fossil fuels—and the ocean has absorbed over 90% of that heat. [1]

Water has a very high heat capacity, which means that it must absorb a lot of heat energy in order for its temperature to rise just a little bit.  The fact that the ocean’s surface temperature has been observed to rise at a rate of 0.11°F (0.06°C) per decade from 1880 to 2021 [2] indicates that the ocean has been absorbing a lot of energy.

Learn more about the heat capacity of water in this video, "Feel the Heat Capacity". Paleontological Research Institution (YouTube)

Hurricanes need warm ocean water to form and grow. A warming ocean means that more energy is available to fuel hurricanes that are stronger and wetter than before. Here’s what recent scientific studies are finding about climate change and hurricanes:

Hurricane intensities are classified by their sustained wind speeds on the Saffir-Simpson wind scale, ranging from Category 1 (74-95 mph winds) to Category 5 (157 mph or higher winds). Scientists project that hurricanes will become more intense as the ocean warms, and a 2020 study [3] found that this is already happening. The study showed that over the almost four decades from 1979 to 2017, the probability of major (Category 3 to 5) hurricane intensity increased by about 8% per decade. These are the storms that do the most damage.

Studies [4,5] have found that ocean warming and changes in vertical wind shear** from a changing climate increase the likelihood that hurricanes will intensify more rapidly. Hurricanes start as small storms in the Atlantic Ocean, and grow in intensity over the warm waters of the Caribbean and Gulf of Mexico. Rapid intensification is dangerous because it can make it very hard for forecasters to provide accurate, timely information for residents of hurricane-prone regions. Hurricane Maria, for example, intensified from Category 1 to Category 5 in just 18 hours in September 2017, catching many people off guard and devastating Puerto Rico. [6]

Hurricanes are projected to be wetter in the future because of a warmer atmosphere and the ability of warmer air to hold more moisture. In 2021 the Intergovernmental Panel on Climate Change (IPCC) concluded that even if we limit global warming to 1.5°C (2.7°F) over pre-industrial temperatures by the year 2100, rainfall from tropical cyclones*** is expected to increase at a rate of 11% to the end of this century. [7] This is a terrible consequence of climate change, as most of the damage from hurricanes is done by water rather than wind.

Studies suggest that hurricanes could move more slowly in the future due to shifting wind patterns as the climate changes. [8] A slow-moving hurricane that remains over a land area for several days, as Hurricane Harvey did over Texas in 2017 and Dorian did over the Bahamas in 2017, can do immense damage, especially when coupled with heavier rainfall than in the past. 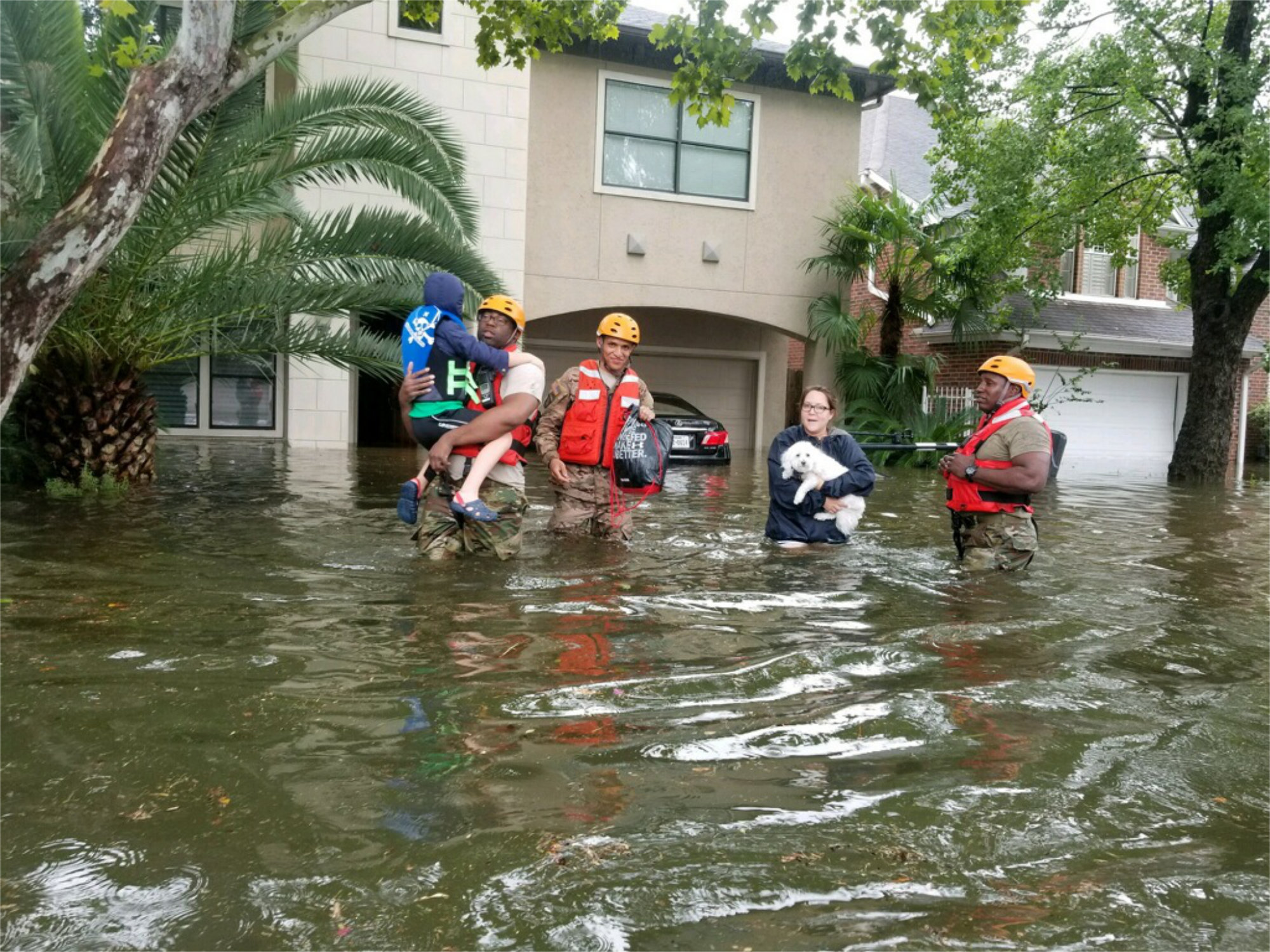 Digital Encyclopedia: What is Climate? and Evidence for and Causes of Recent Climate Change

*The U.S. National Hurricane Center defines rapid intensification as an increase in the maximum sustained winds of a tropical cyclone of at least 30 knots in a 24-hour period.

** The study in reference 4 defines vertical wind shear as “the magnitude of the vector wind difference between the upper (200 hPa) and lower (850 hPa) troposphere,” and it “is well known to affect hurricane activity on various time-scales.”

*** A tropical cyclone is a general name for the type of storm that is called by different names in different parts of the world, for example “hurricane” in the North Atlantic and central and eastern North Pacific, and “typhoon” in the western North Pacific.