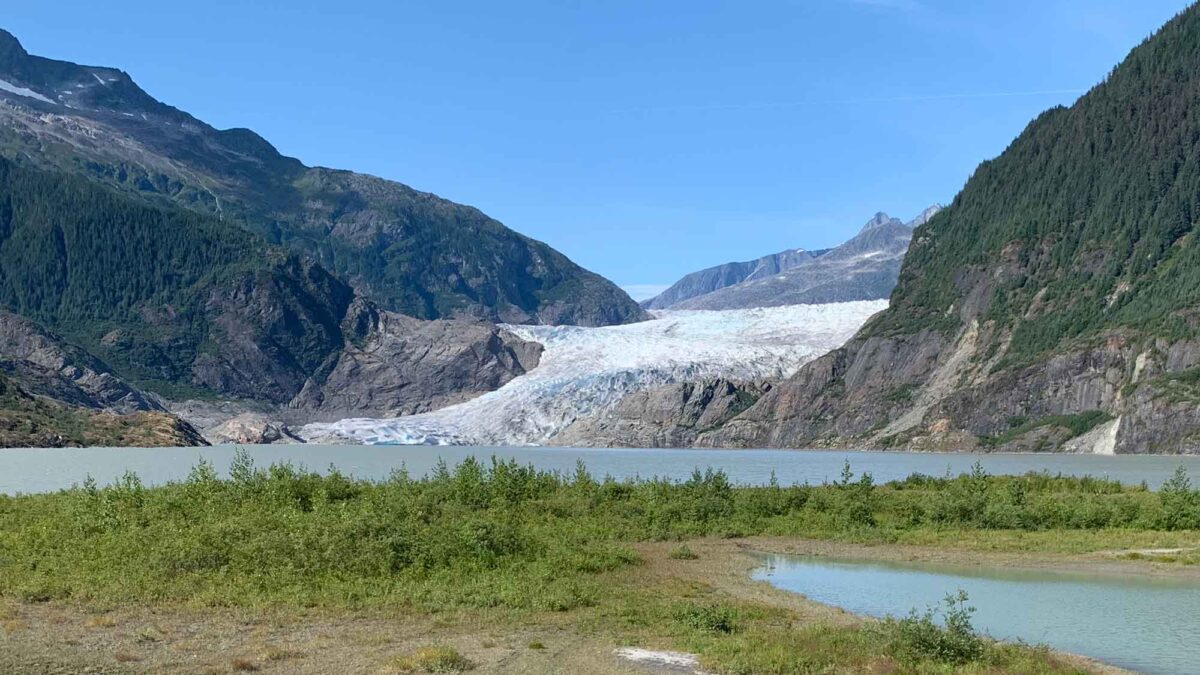 Dr. Ingrid H. H. Zabel, Dr. Alexandra Moore, and the authors of "Climate Change Past, Present, & Future: A Very Short Guide" (Warren D. Allmon Trisha A. Smrecak, and Robert M. Ross). Most of the content of this chapter is derived from Chapter 5 of The Teacher-Friendly Guide to Climate Change, published by the Paleontological Research Institution (2017).

High-resolution versions of all images in this chapter are available for free download.

Evidence for and Causes of Recent Climate Change

Earth’s climate has changed dramatically in the past, between extremes of hot and cold and over time scales ranging from millions of years to only decades. The rock record shows that at one time almost the whole planet was likely covered in ice, and at another time warm-loving palm trees grew in the present-day location of Alaska. These climate shifts were brought on by natural forcings such as changes in Earth’s orbit around the sun, release of carbon dioxide (CO₂) from volcanic activity, removal of atmospheric CO₂ through rock weathering, biomass of photosynthetically-active life, and changes in ocean circulation. One common feature of the shifts in Earth’s climate is that warm and cool periods generally correspond to high and low atmospheric concentrations of CO₂, respectively. CO₂ can be thought of as the “biggest control knob” for Earth’s temperature.*

In Earth’s very recent history—the last 100 to 200 years—CO₂ emissions have increased rapidly as industrial societies have grown. People discovered fossil fuels such as coal, oil, and natural gas, and invented clever ways to use them to heat and cool buildings, generate electricity, and power transportation. Industrialization also led to increased emission of other gases such as methane (CH₄) and chlorofluorocarbons. In 1895 a Swedish physical chemist, Svante Arrhenius, calculated the effect of CO₂ on Earth’s temperature and predicted that increased CO₂ in the atmosphere would lead to a warmer global climate (learn about the greenhouse effect here). Today, datasets collected over many decades show evidence of recent rapid change in our atmosphere and climate. These are discussed here.

Next: Evidence for Recent Climate Change