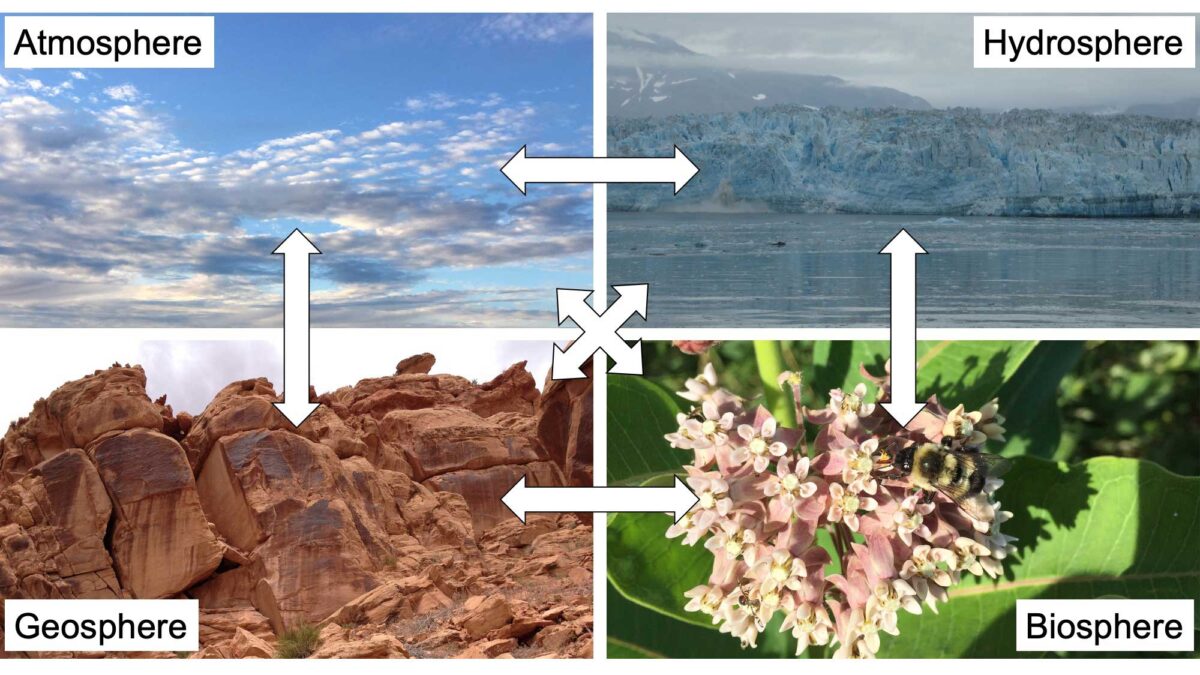 Climate change today is caused by a build-up of carbon dioxide, methane, and other gases that trap heat in the atmosphere. These gases are accumulating mainly because of humans burning fossil fuels—coal, oil, and natural gas—for energy.

You can think of the Earth’s climate as a system, and it is regulated by the flow of energy and carbon between four subsystems:

Global climate can change when there’s an imbalance in the flow of energy or carbon.  For example, a change in the amount of energy incoming from the sun could warm or cool the climate, depending on if the incoming energy increased or decreased.

An input of carbon dioxide to the atmosphere warms the climate through the greenhouse effect.  This is happening today due to humans burning fossil fuels, burning forests to create farmland, and other activities. Some of the carbon dioxide release by these activities is absorbed by the ocean and plants and soil on land, but about half of it accumulates in the atmosphere because there is no compensating natural process to remove it as quickly as we are releasing it.