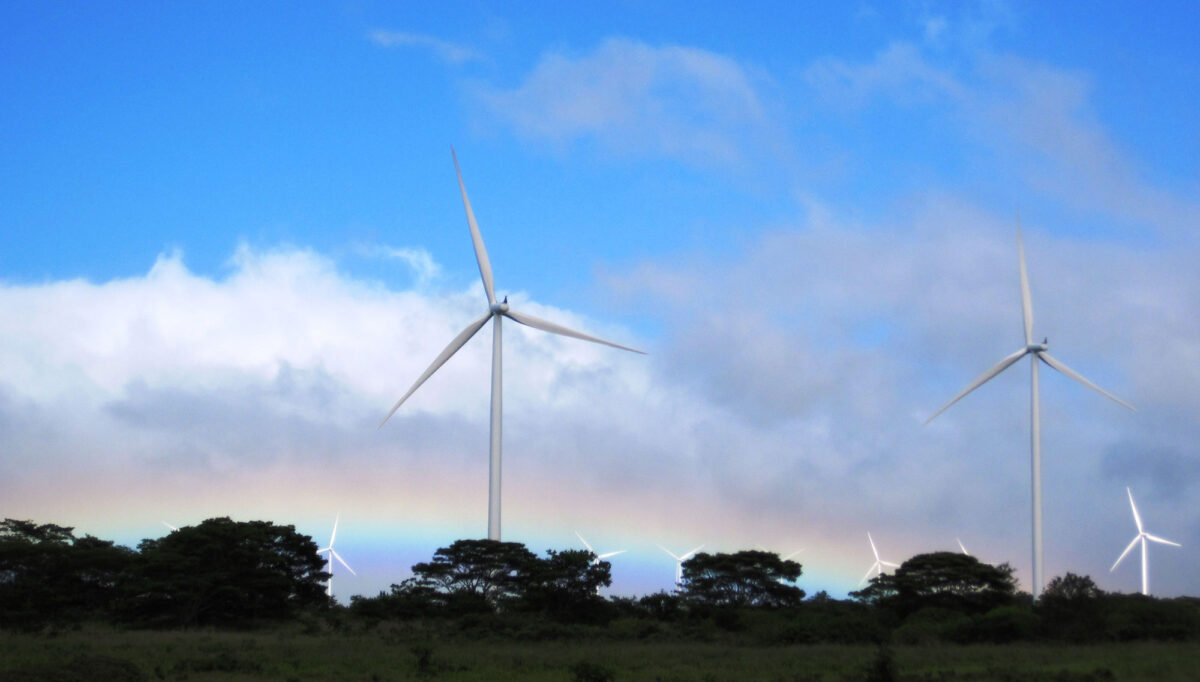 Credits: Most of the text of this page comes from "Energy in the western US" by Carlyn S. Buckler and Gary Lewis, chapter 7 in The Teacher-Friendly Guide to the Earth Science of the Western US, edited by Mark D. Lucas, Robert M. Ross, and Andrielle N. Swaby (published in 2014 by the Paleontological Research Institution; currently out of print). The book was adapted for the web by Elizabeth J. Hermsen and Jonathan R. Hendricks in 2022. Changes include formatting and revisions to the text and images. Credits for individual images are given in figure captions.

Hawai'i has no fossil fuel resources of its own, so that state is highly reliant on importing fossil fuels to meet its energy needs. Nevertheless, because of its mild tropical climate, Hawai'i had the second lowest per capita energy use in the U.S. in 2010. The majority of Hawai'i's energy demand in 2010 was for transportation, due in large part to heavy commercial and military aviation fuel use. That year, Hawai'i imported 94% of its energy and had the highest electricity prices in the nation. The Hawaiian government, however, is working on changing that reliance through the use of other energy initiatives. 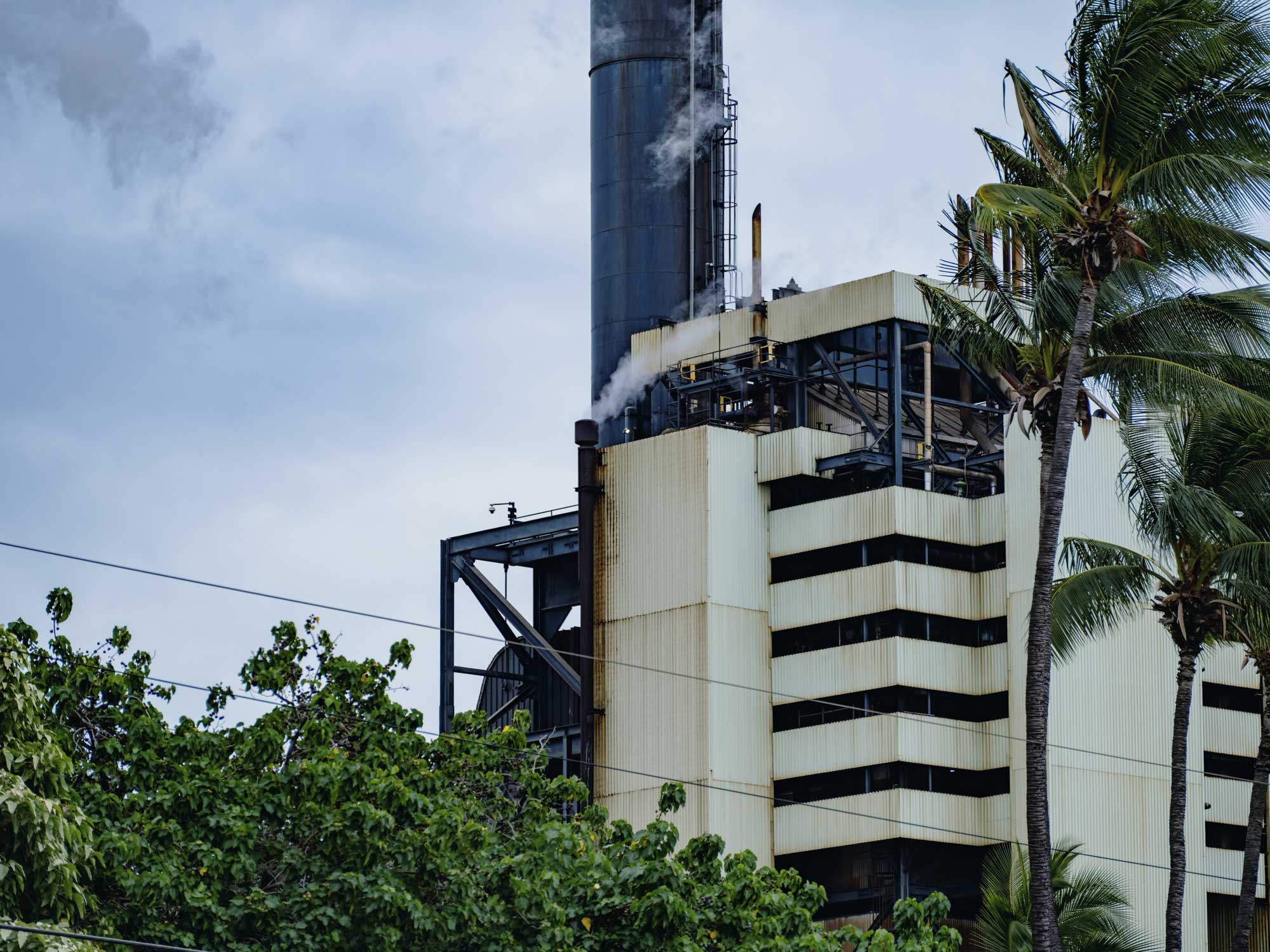 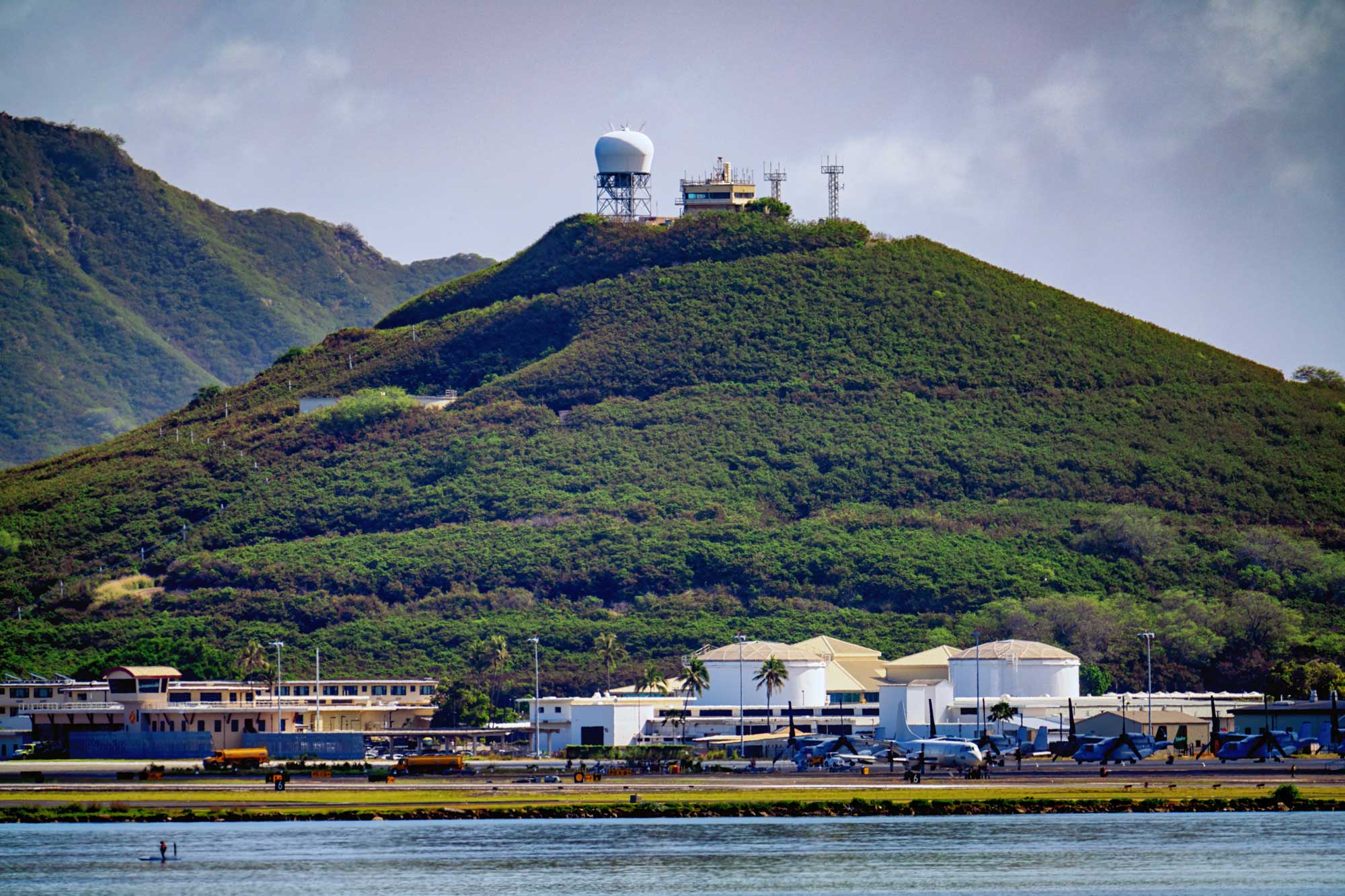 Solar photovoltaic (PV) capacity increased 150% in Hawai'i in 2011, moving the state up to 11th in terms of PV capacity. While solar power still provides only a few percentage points of overall electricity production in Hawai'i, new projects are being planned on almost all the major islands. 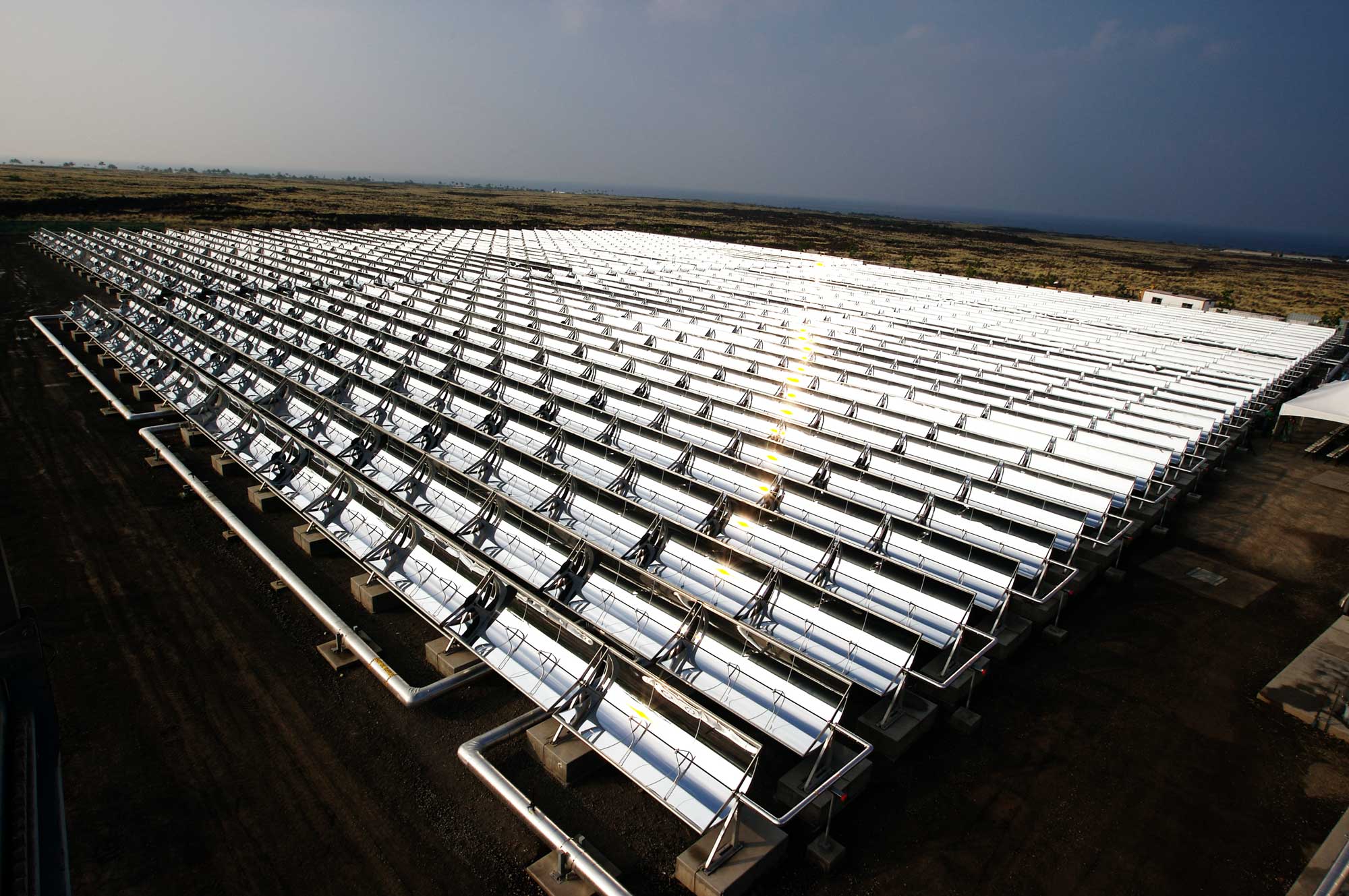 Hawai'i has just one geothermal power plant, which is located on Hawai'i Island and taps into the heat from Kīlauea volcano. The Puna Geothermal Venture plant generates around 265 gigawatt hours (GWh) of energy a year, which is around 23% of the electricity required on the island. In May 2018, the plant was threatened by nearby lava flows and was temporarily shut down; the lava flows eventually damaged portions of the plant. It began operating again in November 2020, slowly ramping up electricity generation. Areas around the rift zones of volcanoes on Maui are currently under study for geothermal power plants.

The potential exists to generate enough geothermal electricity to meet the Hawai'i's power needs. Doing so would require considerable investment in infrastructure, including laying cables between islands to connect the power grids. Even with these considerable outlays, however, the cost of production would still be lower than that of fossil fuels. 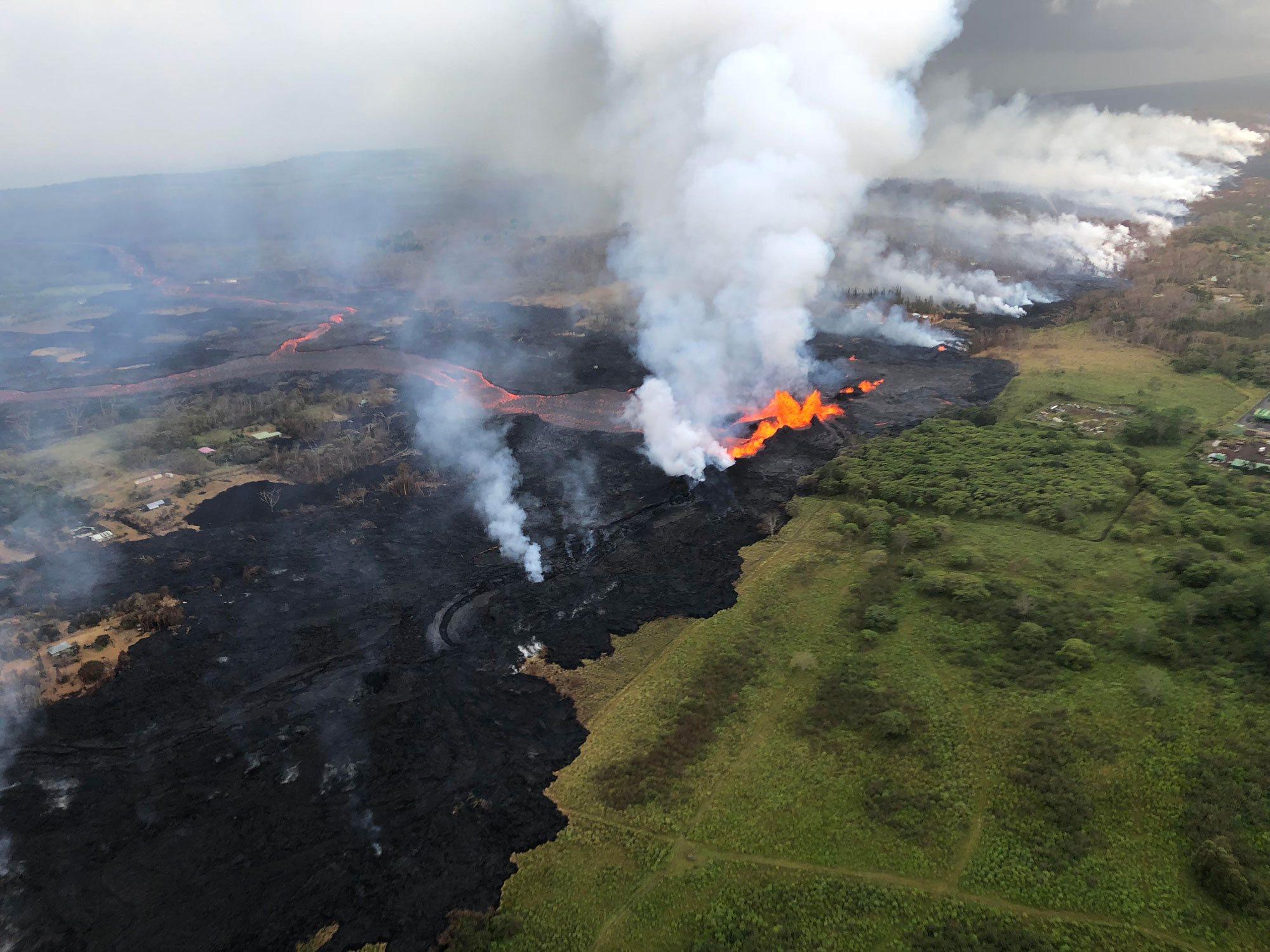 Structures from the Puna Geothermal Venture (center-right side of image) near a lava flow on Hawai'i Island in May 2018. Source: USGS (via Wikimedia, public domain). 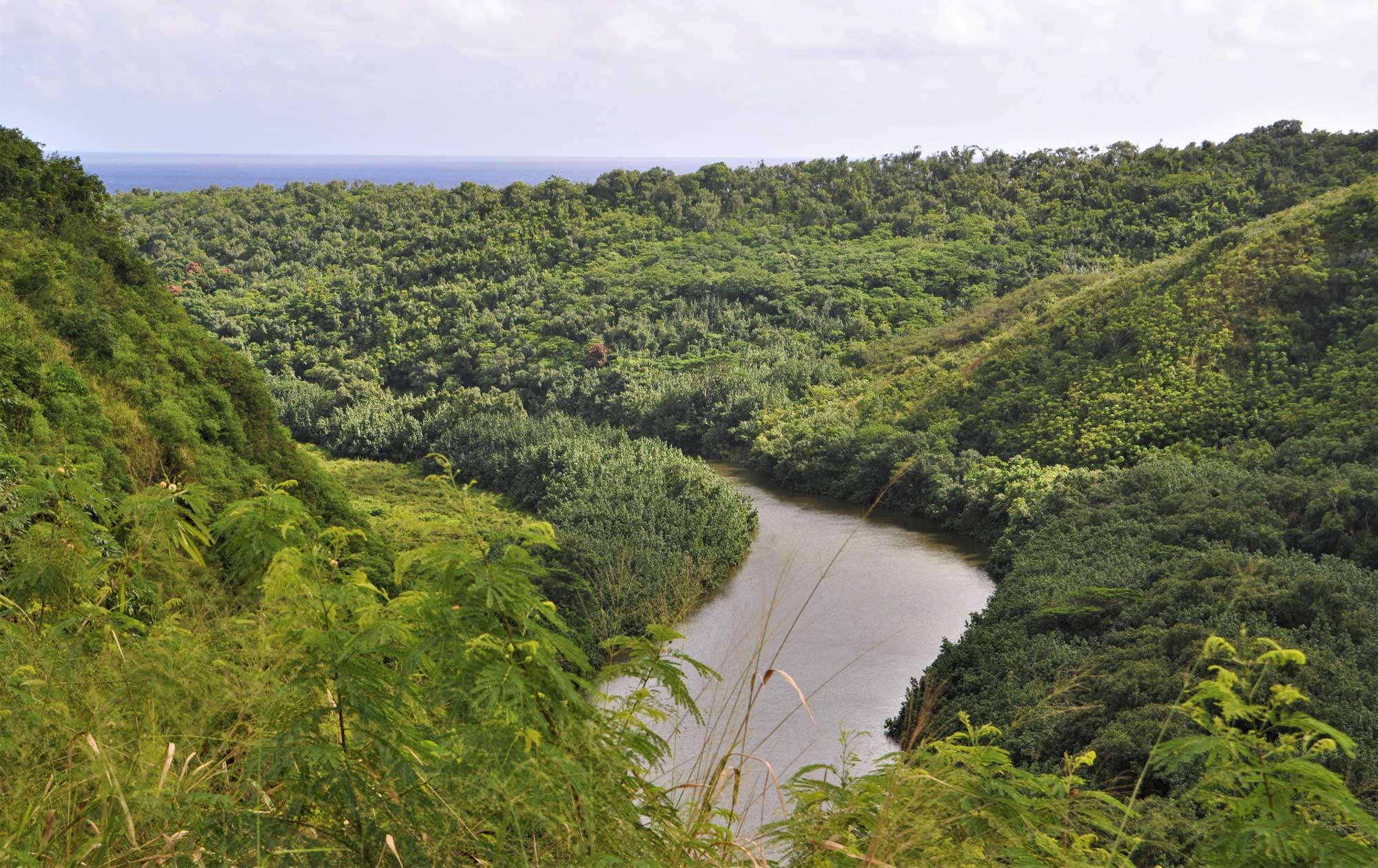 The Wainiha River on Kaua'i, 2013. One of Hawai'i's hydroelectric plants, built in 1905 to 1906, is located on this river. It was originally constructed to generate power to irrigate sugarcane, but currently supplies power to a coffee grower. Photo by Glenda and Ken (flickr, Creative Commons Attribution 2.0 Generic license, image resized).

Hawai'i has the potential to meet all its electricity needs using wind-generated power. A study in 2010 by the National Renewable Energy Laboratory (NREL) showed that onshore wind generation could produce 12 billion kWh a year, considerably more than the 10 billion KWh that was used in Hawai'i in 2011. Offshore wind generation potential is even higher.

There are currently eight operating wind farms in Hawai'i, which include arrays on O'ahu, Maui, and Hawai'i. The largest is Kawailoa Wind Farm on the northern shore of O'ahu, which has 30 windmills that generate a total of 69 MW per year. 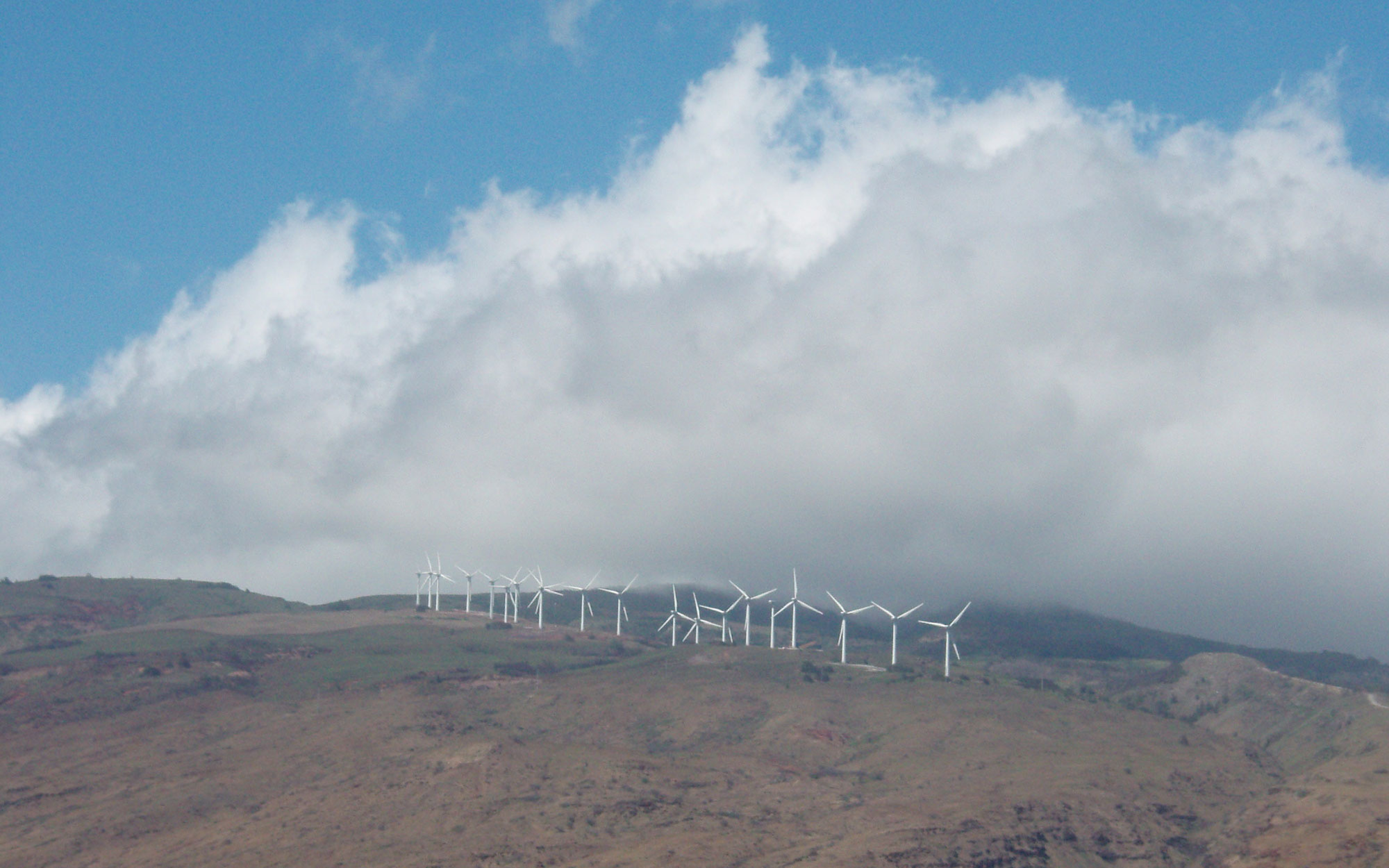 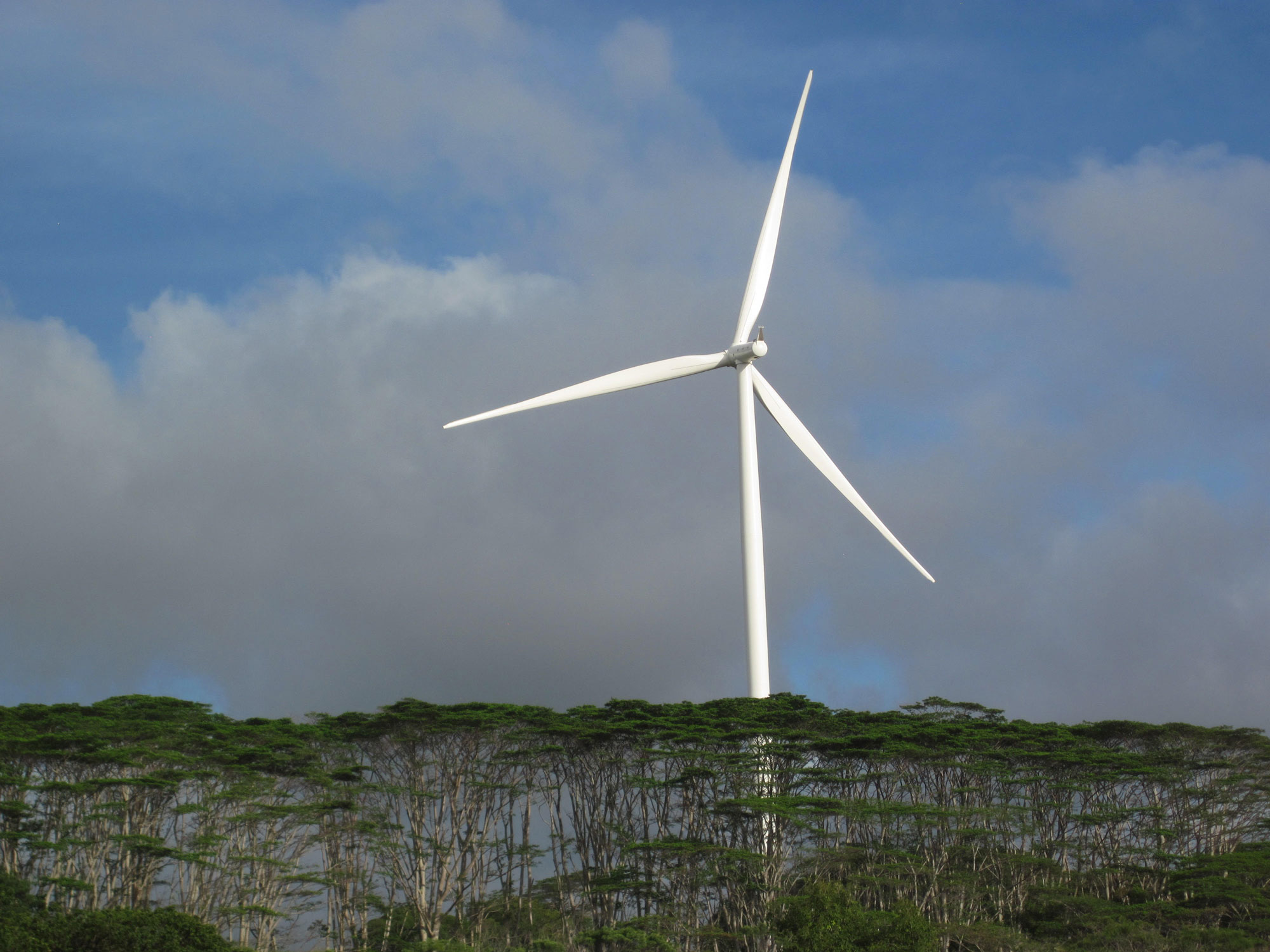 Hawai'i has the world’s largest commercial electricity generator that is fueled exclusively by biofuels. Since existing power plants use expensive, imported liquid fossil fuels, converting to biodiesel was cost-efficient by comparison. The biodiesel is produced using waste agricultural materials and waste oils from restaurants.