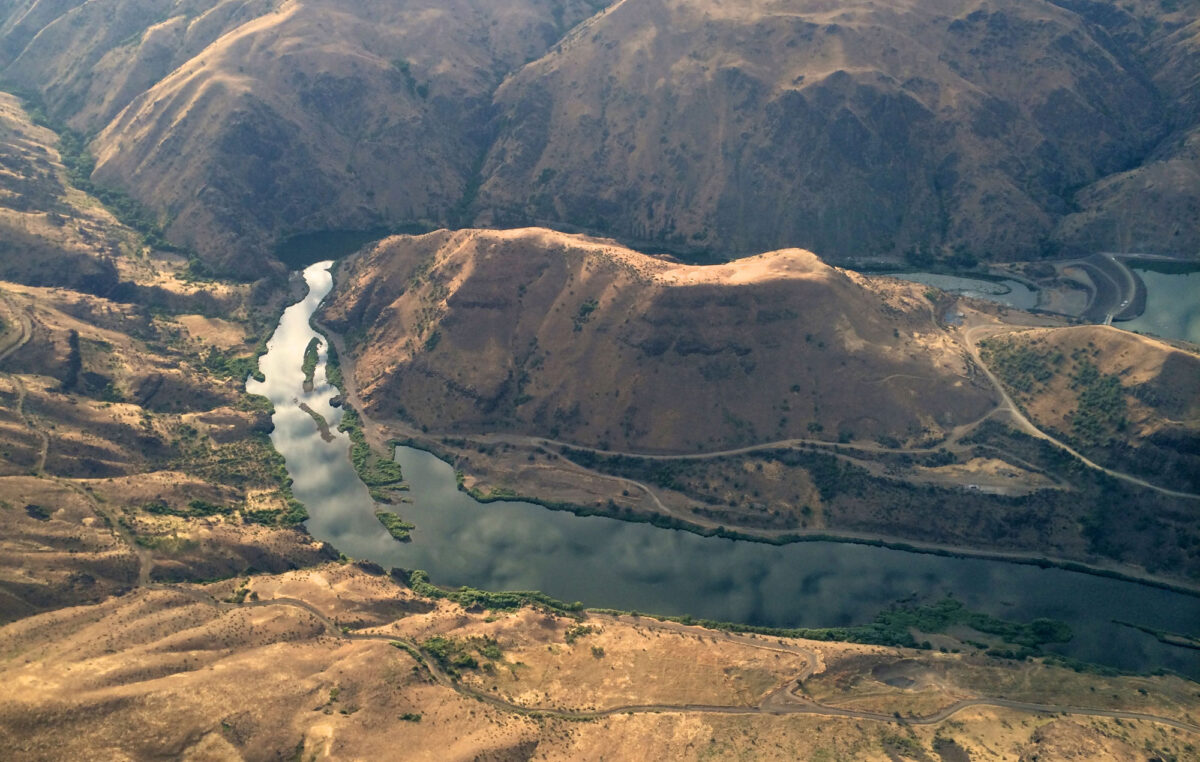 Page snapshot: Introduction to energy of Columbia Plateau and Basin and Range regions of the northwest-central United States.

The active tectonics that resulted in the Columbia Plateau flood basalts and the growth of the Rocky Mountains to the east have created a region rich in hydroelectric and wind energy, as well as the potential for geothermal energy. More comprehensive development of geothermal energy may be an area of growth in the future. Fossil fuel development has not been significant in the region.

Like the Columbia Plateau Region, active tectonism yields an opportunity for the growth of geothermal energy in the Basin and Range.

The Columbia Plateau has seen very little fossil fuel development because it is covered by thick volcanic deposits that make exploration and recovery challenging. The volcanic rocks overlie Cenozoic lake deposits and older marine rocks that may contain oil and gas resources, but they have not been considered economically viable to develop. 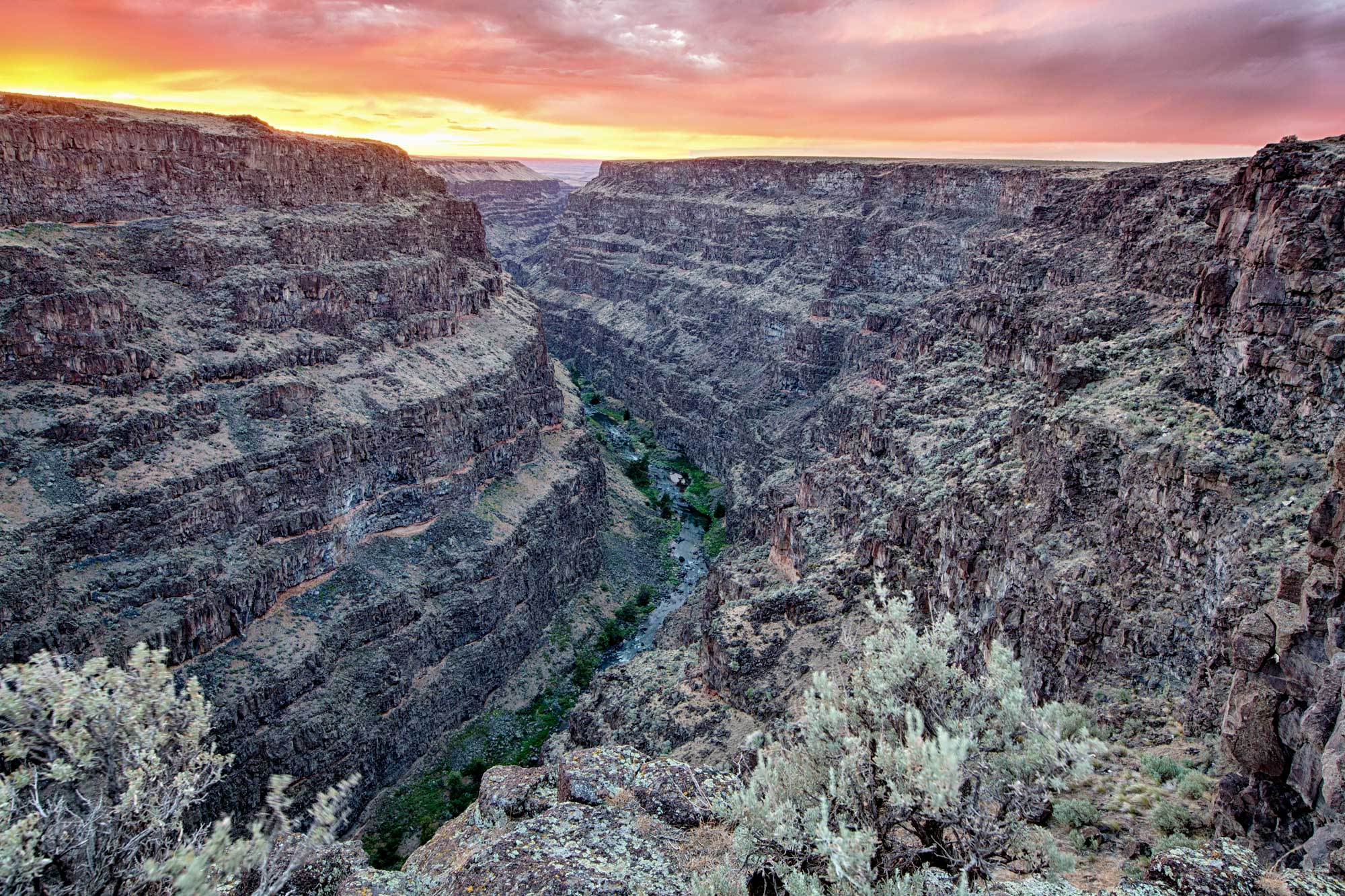 Geothermal energy comes from heat within the Earth, which is created on an ongoing basis by radioactivity. This energy powers mantle convection and plate tectonics. The highest-temperature conditions exist in tectonically active areas, such as Iceland (a mid-Atlantic ridge) and Japan (an area of subduction). In the U.S., the Basin and Range, Hawai'i (a hot spot), and Yellowstone (also a hot spot) have the most geothermal potential.

Geothermal energy potential is abundant on the Columbia Plateau and in the Basin and Range of Idaho. Although geothermal accounts for only a small percentage of Idaho’s electricity generation relative to hydroelectric and wind power, the state ranks sixth nationally in the use of geothermal energy.

Geothermal energy resources in the northwest-central U.S. Map modified by a map by Wade Greenberg-Brand, adapted from image by National Renewable Energy Laboratory, originally published in The Teacher-Friendly Guide to the Earth Science of the Northwest Central US.

Idaho is currently (as of 2022) home to one commercial geothermal plant, the Raft River Geothermal Power Plant. This power plant is a former U.S. Department of Energy (USDOE) geothermal research and demonstration facility. The facility uses a “binary” energy system developed and tested by the USDOE. Unlike typical geothermal power plants that make direct use of vapor from heated water to spin turbines, this system passes hot geothermal water through a heat exchanger to heat a secondary liquid that vaporizes at a significantly lower temperature than water. This enhances the energy capture capacity of the system, thus increasing energy production. 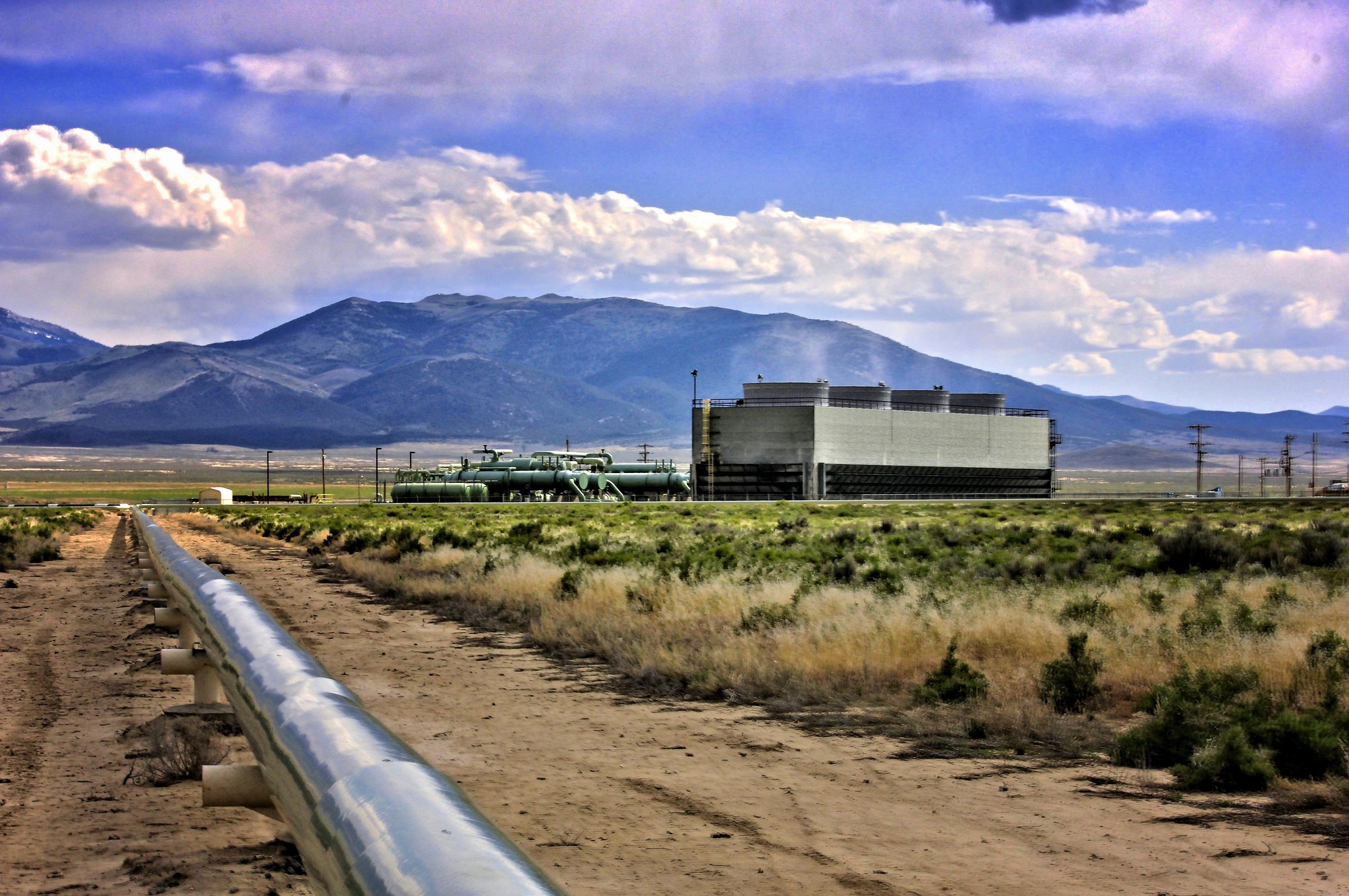 With the Owyhee Mountain Range to the west and the Caribou Mountains and Forest bordering the east, the Snake River Valley and Bruneau Valley are host to many lakes and waterways. The Snake River is over 1600 kilometers (1000 miles) long. It begins in northwestern Wyoming and ends at its confluence with the Columbia River in eastern Washington.

With all of this water, it is no surprise that hydropower is a primary source of energy in the Columbia Plateau region. There are also over 30 hydroelectric power stations on or near the Snake River in this region, and hydropower provides 58% of Idaho's electricity. Three of the largest dams producing hydropower—Brownlee Dam (585 MW), Hells Canyon Dam (391 MW), and Oxbow Dam (190 MW)—are along the Idaho-Oregon border.

Location and capacity of hydroelectric plants in the northwest-central region. Map modified by a map by Wade Greenberg-Brand, adapted from image by U.S. Energy Information Administration, originally published in The Teacher-Friendly Guide to the Earth Science of the Northwest Central US. 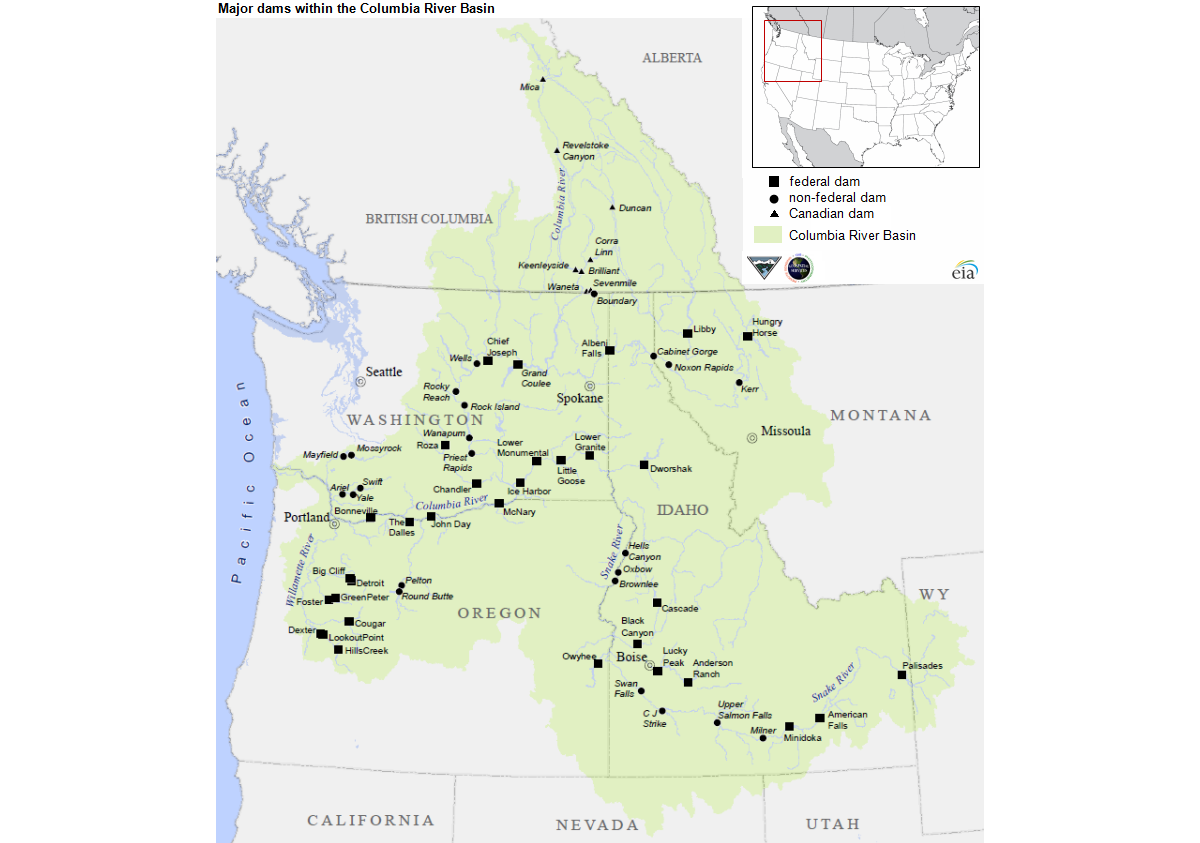 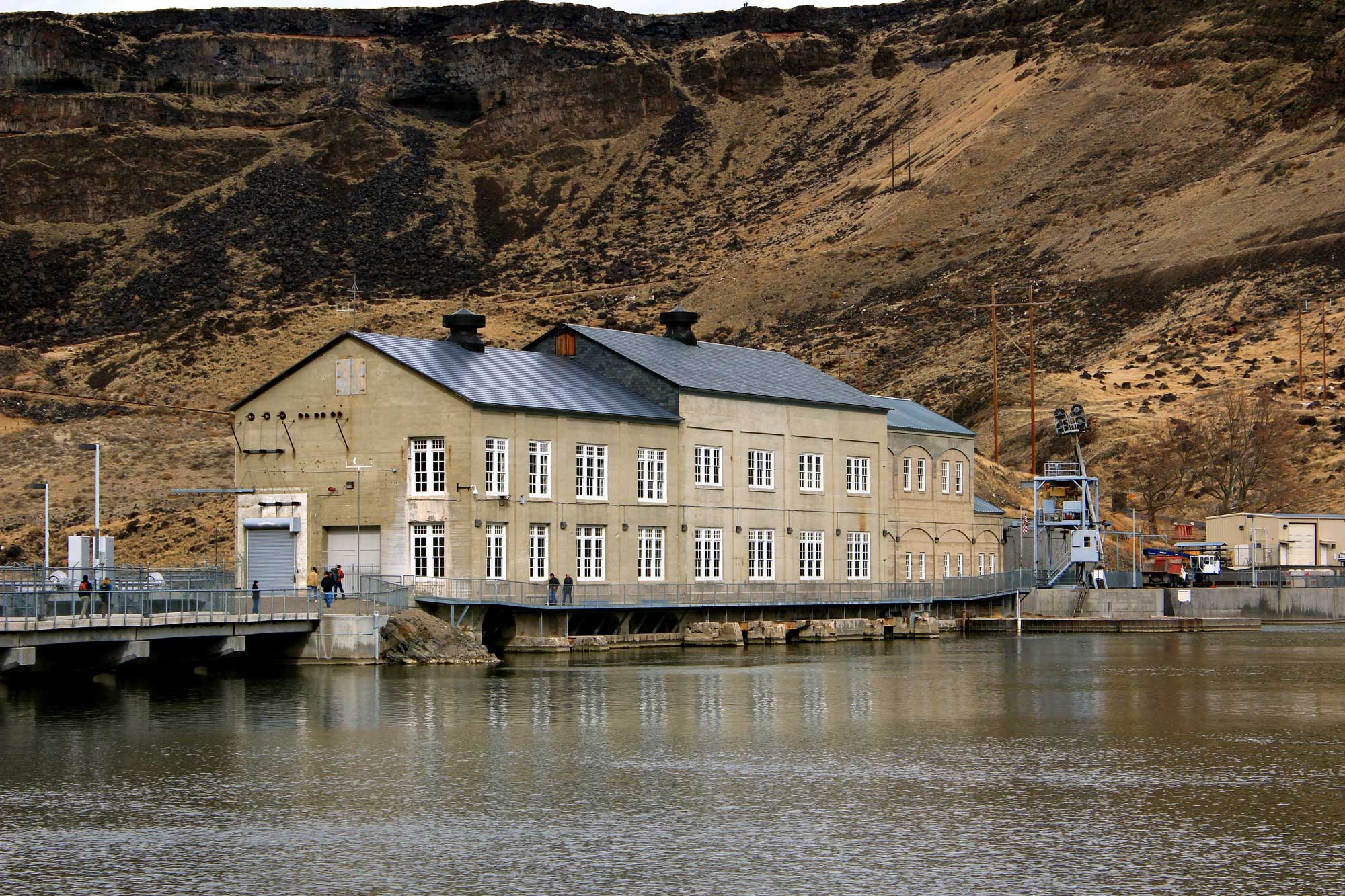 While dams and hydroelectric plants are sources of abundant clean energy, they also have some negative environmental impacts. Dams in the Columbia River Basin (which includes the Snake River) have significantly altered the ecology of the region, particularly affecting salmon and steelhead. The salmon and steelhead in this region are anadromous, meaning that they live in the ocean but spawn in freshwater. These fish swim many miles upstream from the ocean to spawn, and dams are barriers that can prevent them from reaching their spawning grounds. Furthermore, turbines can injure or kill young salmon swimming downstream to the ocean. The building of dams on the rivers of the Columbia Plateau has greatly reduced salmon and steelhead populations and prevented anadromous fish from reaching certain areas where they historically occurred. 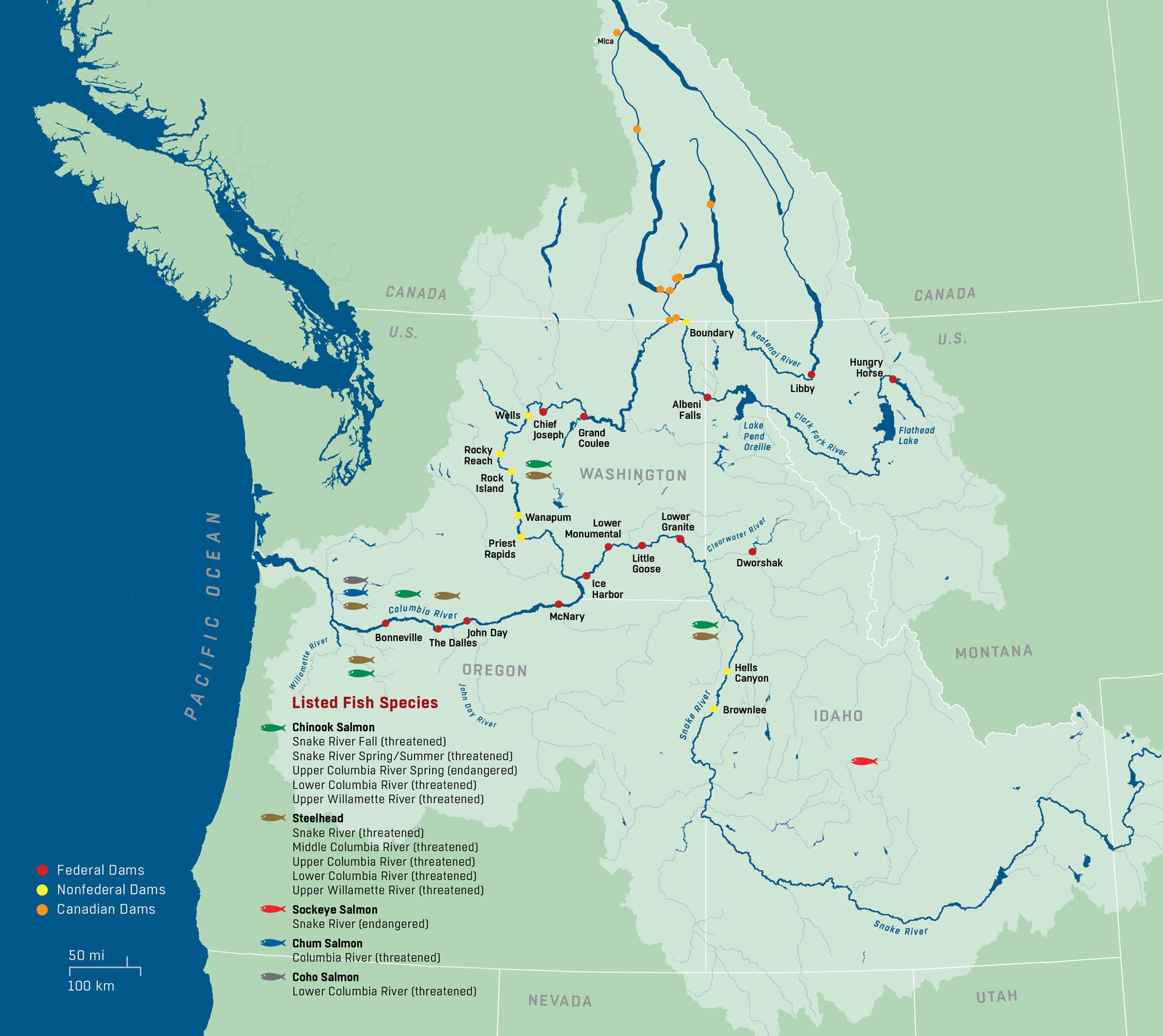 The problems caused by dams have been partially addressed, although the solutions have proven inadequate to replenish fish populations to historic levels. Fish ladders, structures that allow adult salmon to maneuver around dams to travel upstream to spawning grounds, have been built on some dams. Fish hatcheries managed by U.S. government agencies and Native American nations have augment salmon populations. Dams have also been removed or are under consideration for removal in certain areas, which may help salmon and steelhead populations to recover. Advocates have called for removal of four dams on the Snake River in southeastern Washington to help the salmon and steelhead populations rebound.

Three major hydroelectric dams were built in Hells Canyon on the Idaho-Oregon border in the late 1950s to 1960s: Brownlee, Hells Canyon, and Oxbow. These dams were not equipped with fish ladders and have blocked anadromous fish from reaching the Upper Snake River system between Hells Canyon and Shoshone Falls (in Twin Falls, Idaho), where these fish historically occurred. 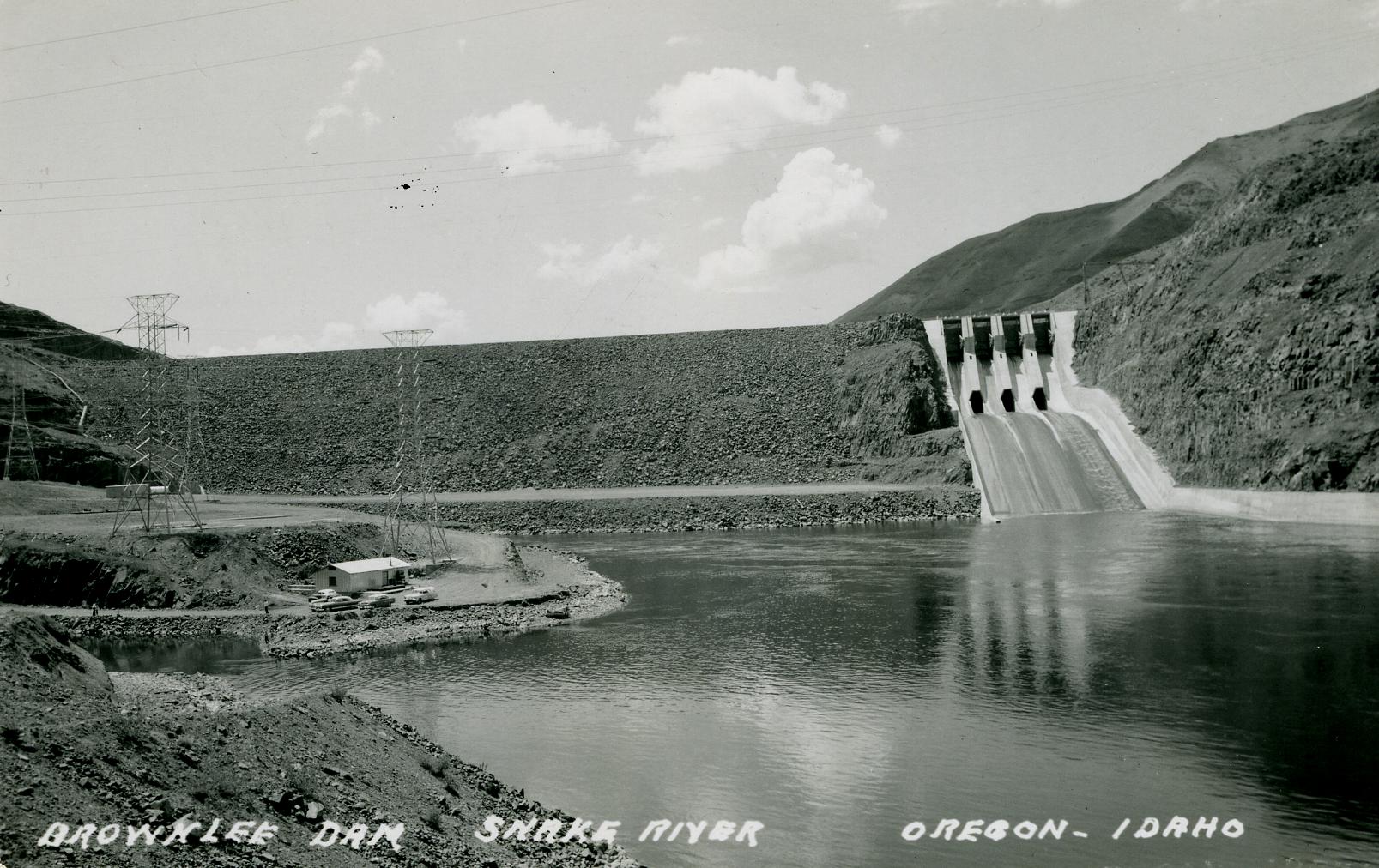 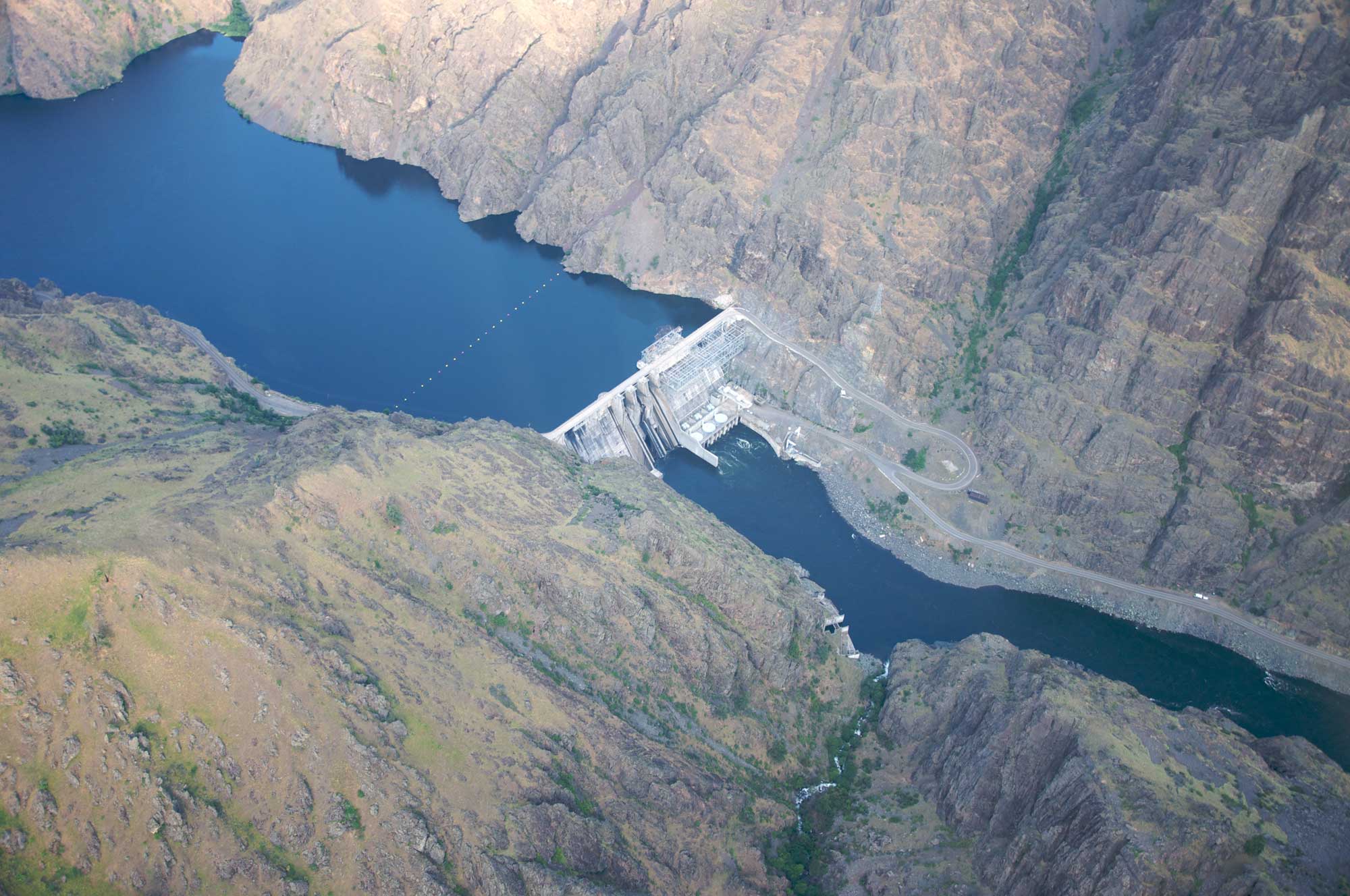 Most of Idaho’s wind farms run in a southward arc along the highway route from Boise in the west to Idaho Falls in the east. The Goshen North Wind Farm near Idaho Falls, at an elevation of over 1400 meters (4600 feet), is the state’s largest wind farm. It has the capacity to produce about 125 MW. Wind accounts for about 16% of Idaho’s electricity generation. 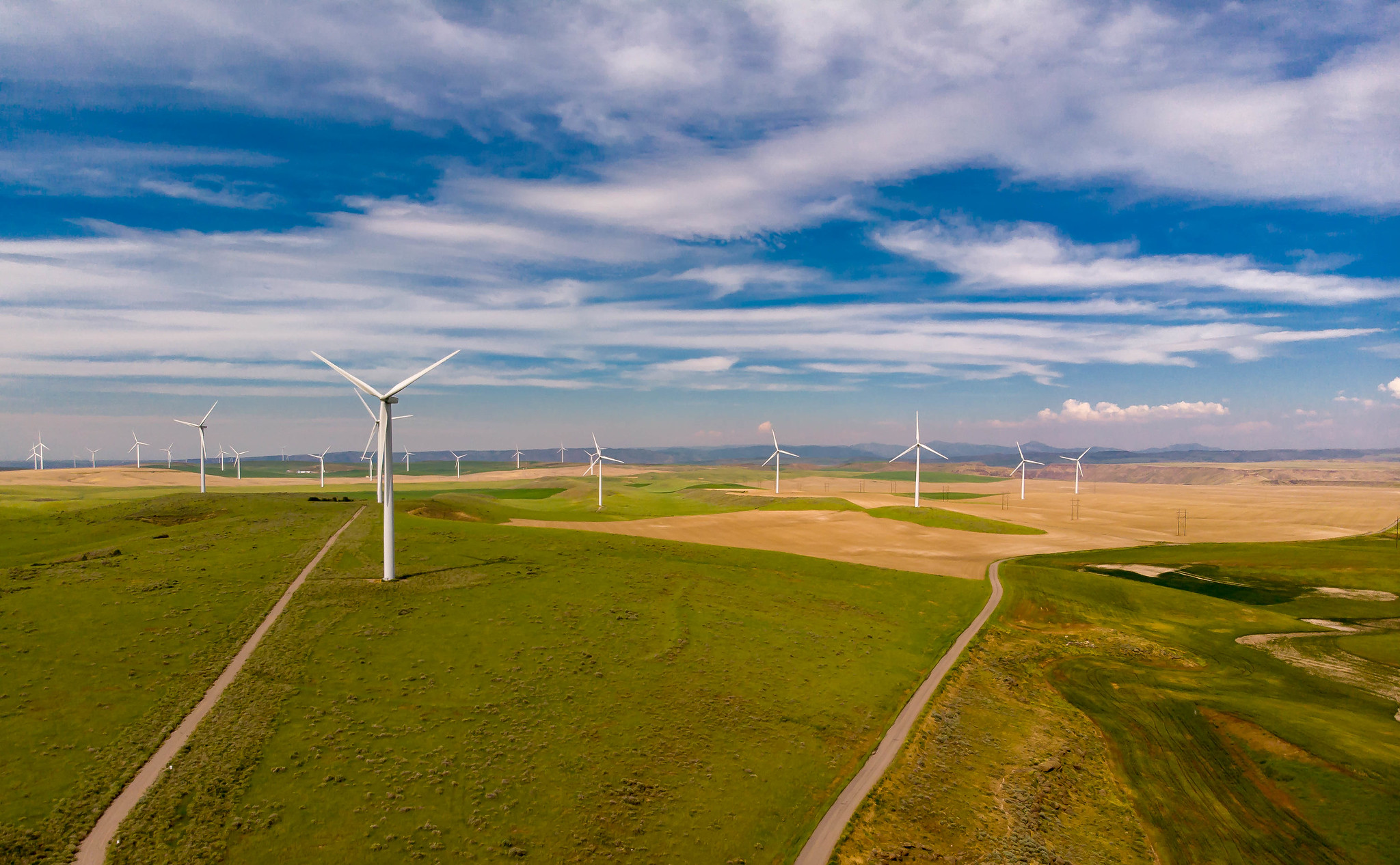