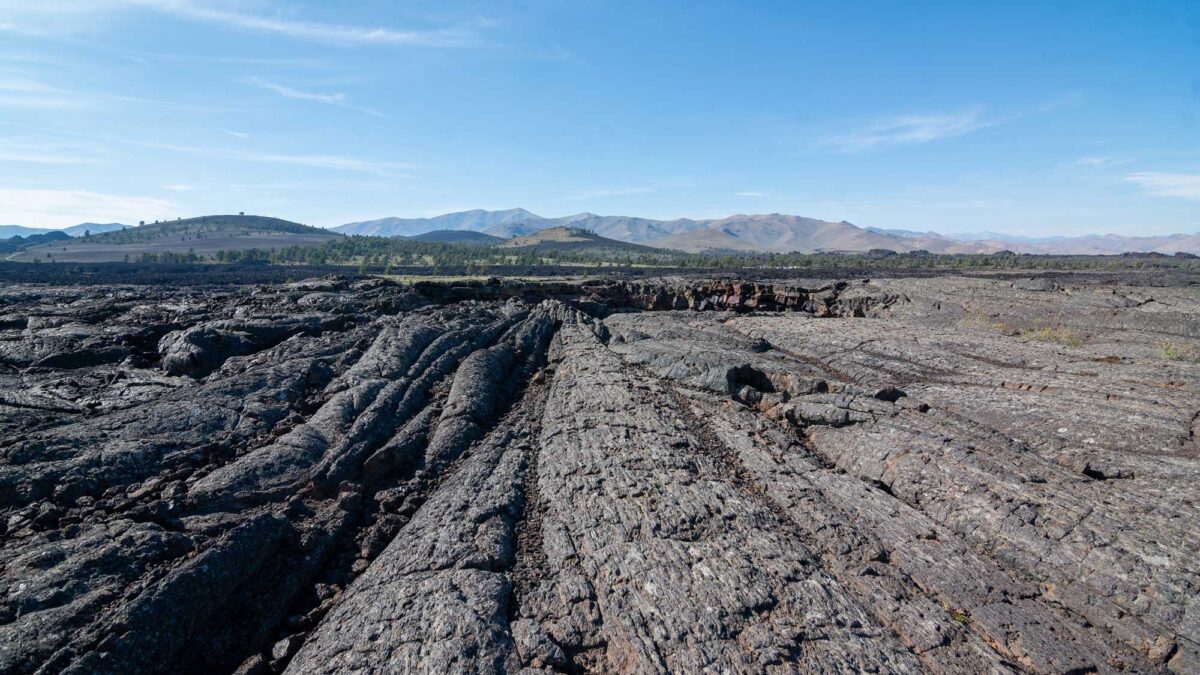 Snapshot: Overview of the mineral resources of the Columbia Plateau and Basin and Range regions of Idaho.

Credits: Most of the text of this page is derived from "Mineral resources of the Northwest Central US" by Thom R. Fisher and Robert M. Ross, chapter 5 in The Teacher-Friendly Guide to the Earth Science of the Northwest Central US, edited by Mark D. Lucas, Robert M. Ross, and Andrielle N. Swaby (published in 2015 by the Paleontological Research Institution). The book was adapted for the web by Elizabeth J. Hermsen and Jonathan R. Hendricks in 2021–2022. Changes include formatting and revisions to the text and images. Credits for individual images are given in figure captions. 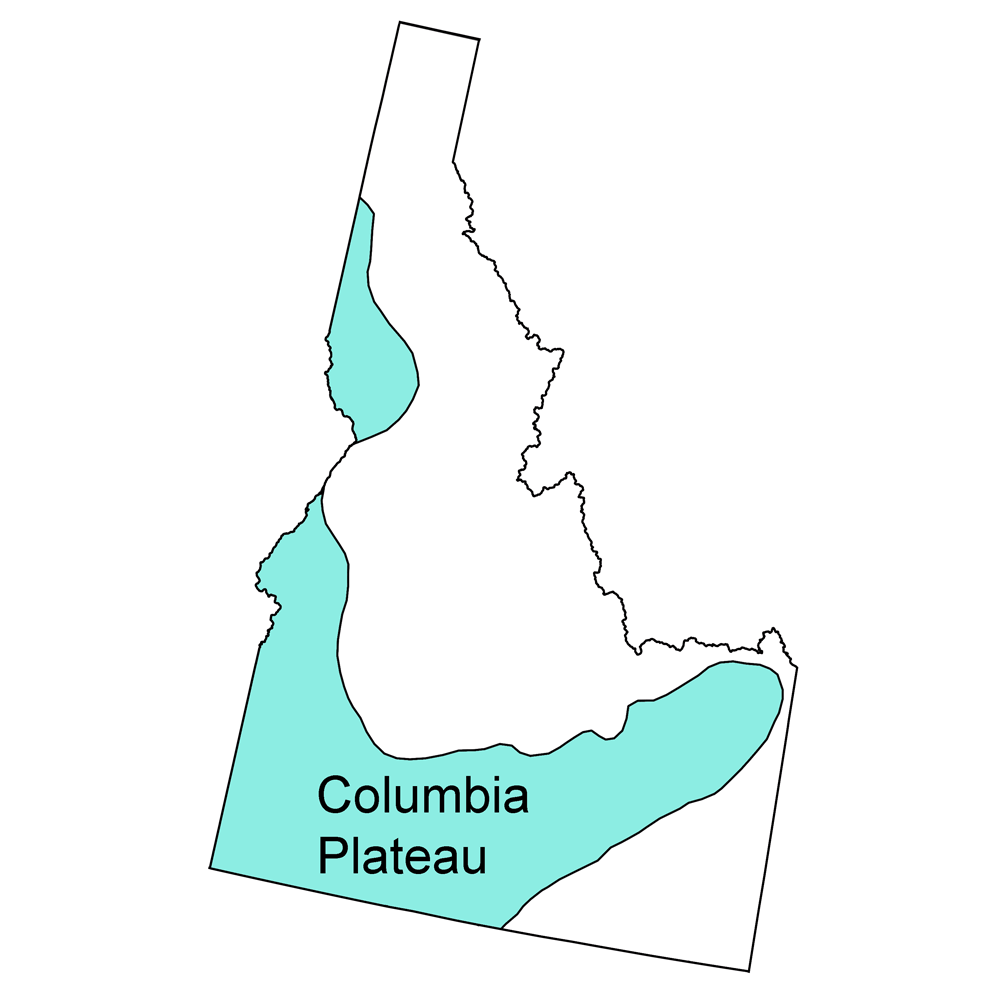 The Columbia Plateau, dominated by the Miocene-aged Columbia Flood Basalts, is present in only a small area of the Northwest Central US, in far west-central Idaho. This area does not contain any mineral occurrences of note. The Snake River Plain of southern and central Idaho, which marks the movement of the North American plate over the Yellowstone hot spot, has only a few small associated gold placers. However, the volcanic and igneous activity associated with the formation of this feature may have contributed to the formation of hydrothermal gold deposits in nearby mining districts. Gold and other precious metals, as hydrothermal deposits, are also found in the hot springs of the Yellowstone Plateau, which is the terminus of the Snake River Plain. 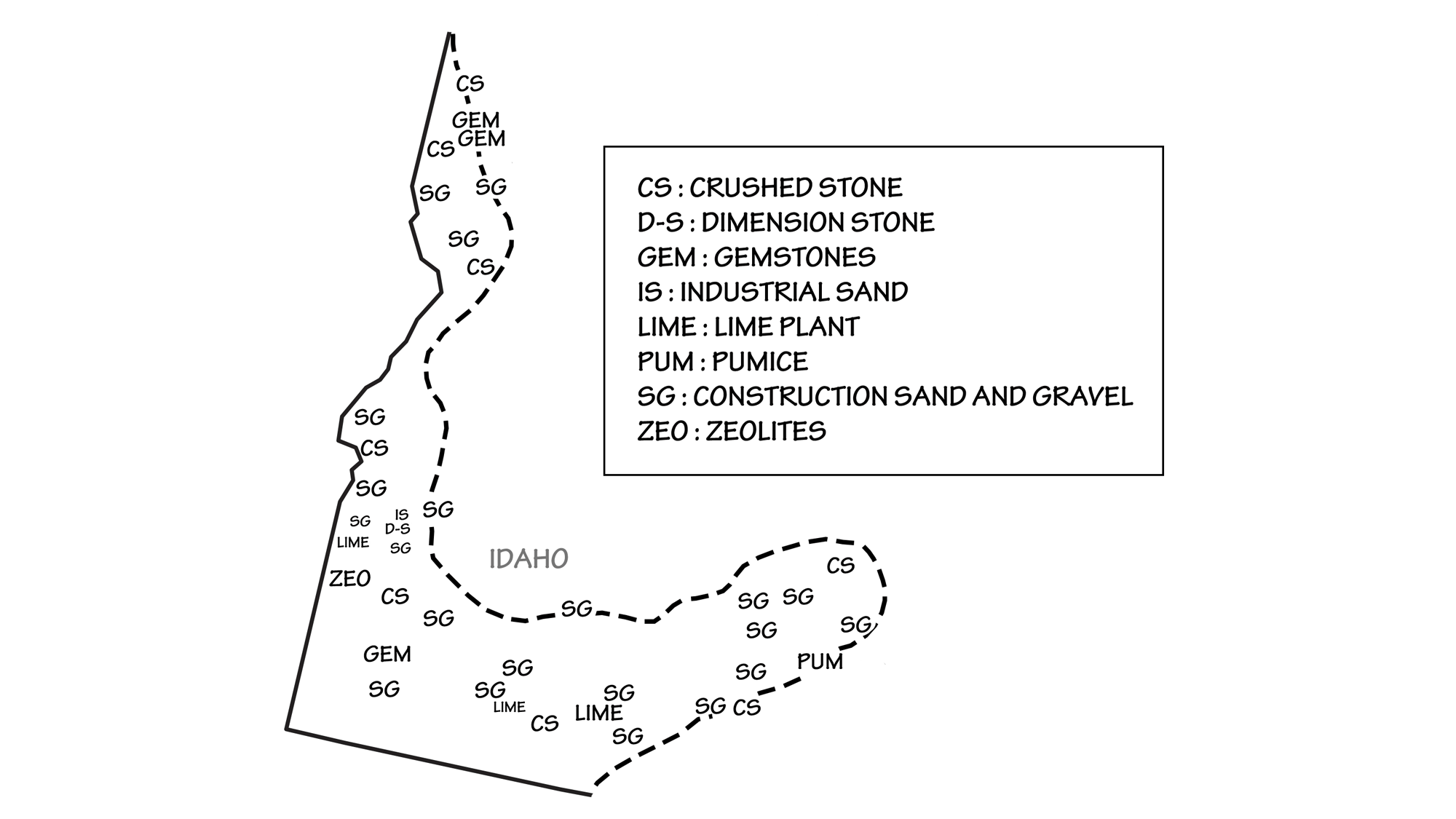 The most notable mineral deposit near the Snake River Plain is the Silver City-De Lamar District, a remote area in southwestern Idaho. This district has produced over 28 million grams (1 million ounces) of gold and more than 910 million grams (32 million ounces) of silver from selenium-rich ores emplaced about 16 million years ago in the middle Miocene. Common minerals and metals found here include gold, silver, naumannite, aguilarite, and argentite, and the ruby silver minerals cerargyrite and acanthite. Today, De Lamar and Silver City are both ghost towns, largely abandoned after their nearby mines were depleted.

Bruneau Canyon, in Owyhee County, southwestern Idaho, produces large quantities of jasper. This silicate mineral precipitated within the cavities and fractures of rhyolite flows, and it ranges in color from brown to reddish cream.

Zeolites—porous alumino-silicate minerals with cation-exchange properties that can transform hard water into soft water—are mined along the Idaho-Oregon border. These deposits were created from alkaline volcanic ejecta that was deposited into a fresh or salt-water source. 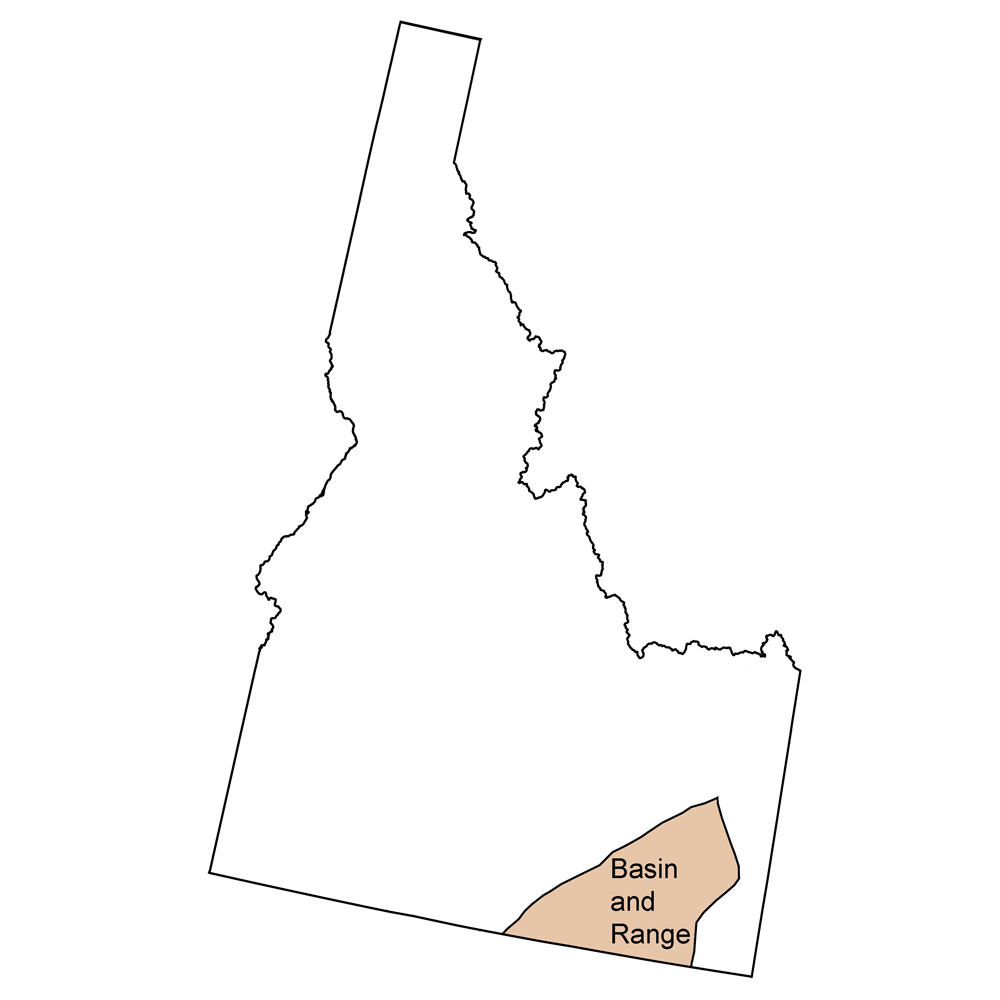 The Basin and Range region, with its distinctive horst and graben features formed by extensional tectonics, is present only in southeastern and east-central Idaho. Aside from a few gold placer deposits associated with the southern margin of the Snake River Plain, the Basin and Range region in Idaho contains only one metallic ore deposit of even marginal significance: the Mount Pigsah District in the Caribou Mountains, which produced some 454,000 grams (16,000 ounces) of gold from ore bodies intruded into Mesozoic sediments. In addition, this area produces industrial minerals such as pumice and phosphate for use in fertilizer and the making of phosphoric acid and dimension stone. 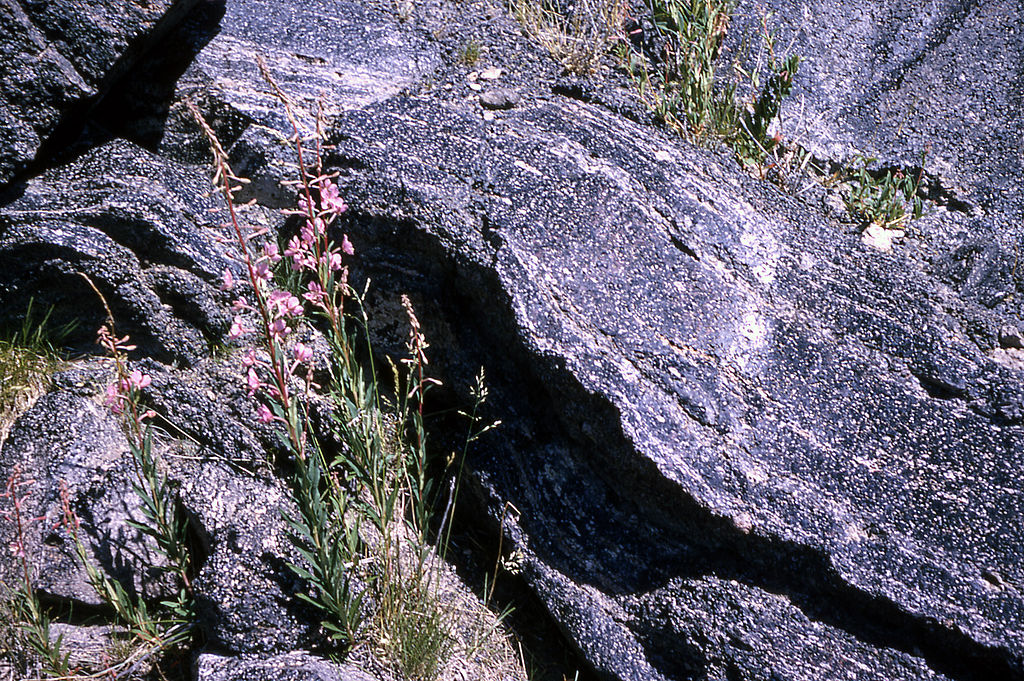 Perlite is used in horticulture, water filters, lime, and cement.