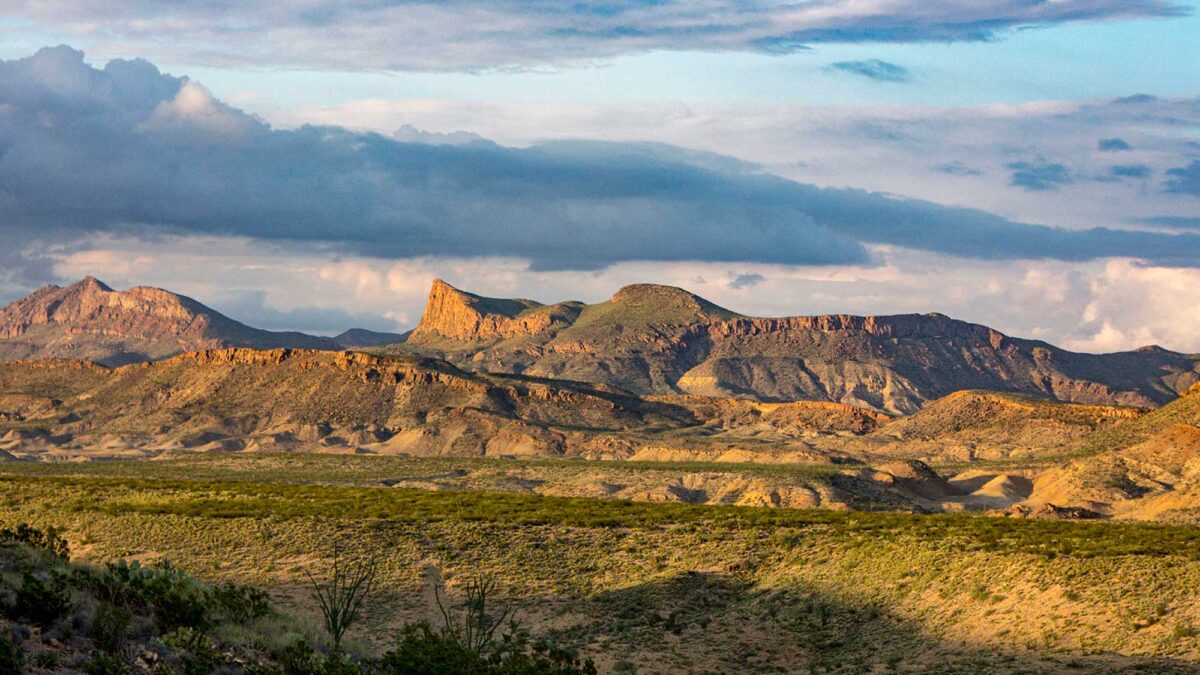 Snapshot: Overview of the topography of the Basin and Range region of the South-Central United States in west Texas. 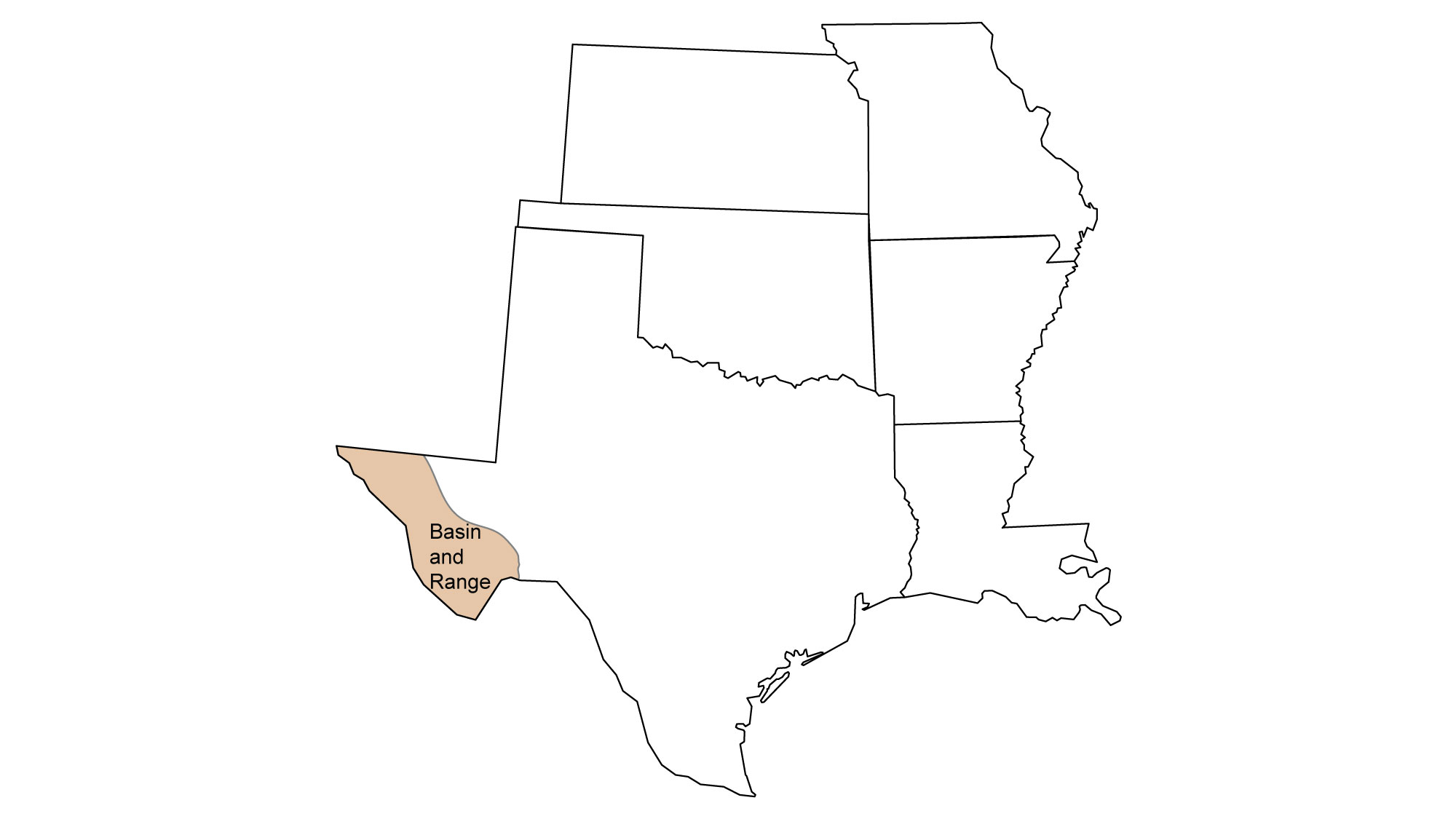 The Basin and Range possesses perhaps the most unique topography of the South Central, if not of the entire United States. It covers a large area of the U.S. and is extensive in the Rocky Mountain, Southwestern, and Western states, while only just reaching the South Central in westernmost Texas. Basin and Range topography is characterized by alternating valleys and mountainous areas, oriented in a north-south, linear direction.

The formation of this topography is directly related to tectonic forces that led to crustal extension—the pulling of the crust in opposite directions. After the Laramide Orogeny ended in the Paleogene, tectonic processes stretched and broke the crust, and the upward movement of magma weakened the lithosphere from underneath. Around 20 million years ago, the crust along the Basin and Range stretched, thinned, and faulted into some 400 mountain blocks. The pressure of the mantle below uplifted some blocks, creating elongated peaks and leaving the lower blocks below to form down-dropped valleys. The boundaries between the mountains and valleys are very sharp, both because of the straight faults between them and because many of those faults are still active.

These peaks and valleys are also called horst and graben landscapes.

A horst and graben landscape occurs when the crust stretches, creating blocks of lithosphere that are uplifted at angled fault lines. Image modified from original by Wade Greenberg-Brand.

Broadly, the topography of west Texas follows the pattern of the greater Basin and Range, with numerous small ranges trending southeast from El Paso and Guadalupe National Park, parallel to the Rio Grande. The graben areas between the mountainous horsts are relatively flat and arid. Alluvial fans spread outward from the feet of the mountains where streams have deposited sediment on a gentle slope, creating a brief transition zone between the distinct topographies. Within the graben (regionally referred to as “bolsons”), mesas are often found in which a tough limestone caprock has protected lower layers from erosion. The shape of these mesas can provide clues about the amount of local precipitation: greater rainfall increases chemical weathering, resulting in more rounded hills. Generally, as one travels westward the margins of these mesas become sharper, since average rainfall decreases and mechanical weathering becomes increasingly dominant. In the South Central, the Basin and Range merges into the Rio Grande Rift, a continental rift that stretches from Chihuahua, Mexico to central Colorado. As it is difficult to identify where the two areas join together, it is possible that many of the south-central Basin and Range formations are more properly part of the Rio Grande Rift.

There are a few exceptions to the Basin and Range pattern in west Texas. The Davis Mountains and the smaller ranges between Marfa and Presidio were formed during the early Neogene, when welling magma reached the surface, and they are therefore composed mostly of volcanics. This distinct, though related, origin is the reason that these ranges deviate from the typical northwest-southeast orientation of the horst and graben ridges located in this area.

The Davis Mountains are part of the Trans-Pecos Volcanic Field, which consists of at least 12 calderas and associated ash flow tuffs, and also contains seven named peaks greater than 2400 meters (8000 feet) tall. 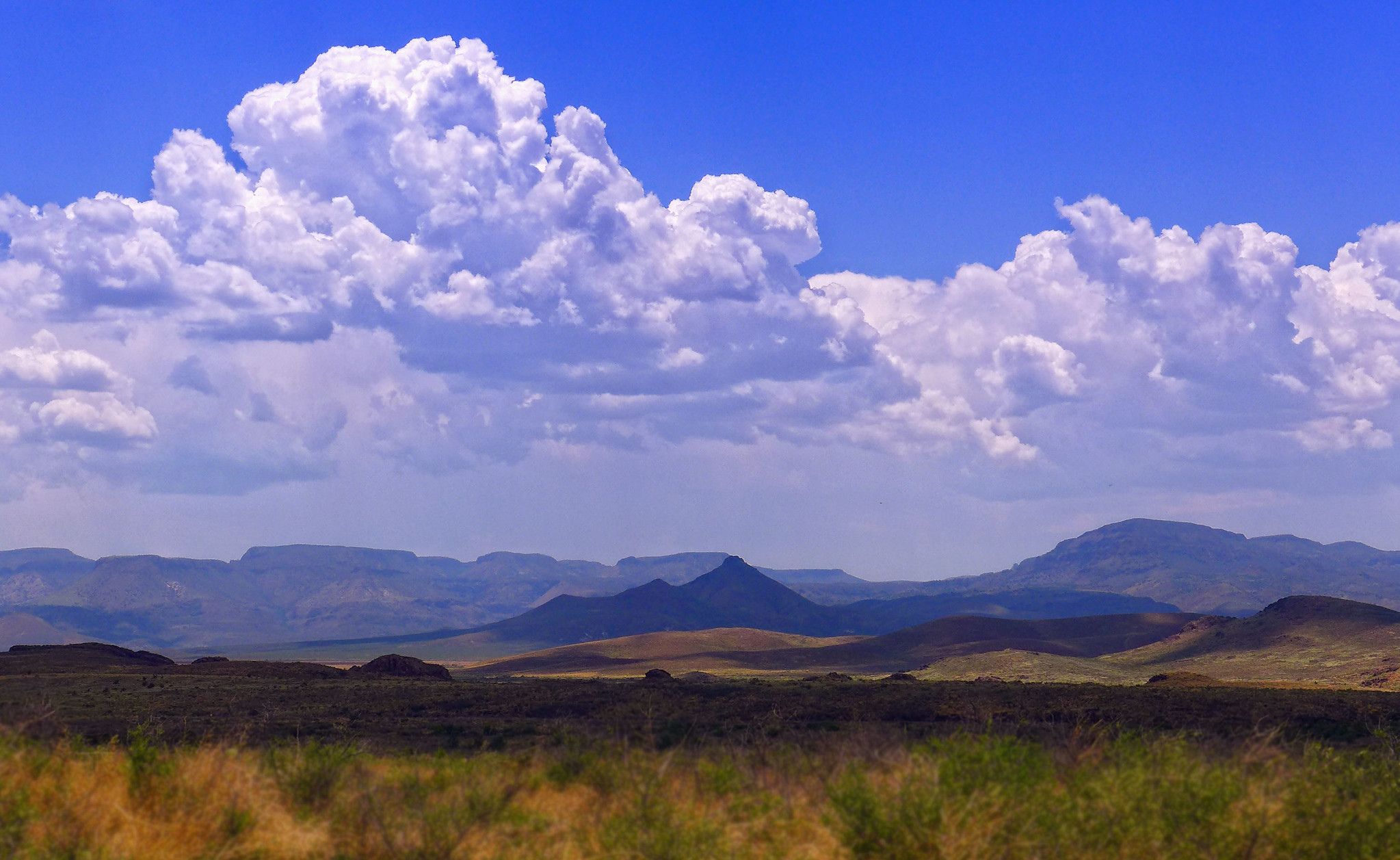 These giant volcanoes erupted between 40 and 20 million years ago, making them part of a wave of supervolcano eruptions that occurred throughout the southwest during the Oligocene. These eruptions also led to the formation of the Superstition Mountains in Arizona, the Mogollon Mountains in New Mexico, and the San Juan Mountains in Colorado.

Big Bend National Park, near the southern edge of western Texas, has perhaps the most complex topography in the area. It was shaped by a variety of major geologic events: the upwelling of magma and formation of volcanic ranges during the middle Cenozoic, the compressional forces of the Laramide Orogeny, and the genesis of horst and graben landscapes. Since the conclusion of these events, erosion continues to slowly shape the landscape. 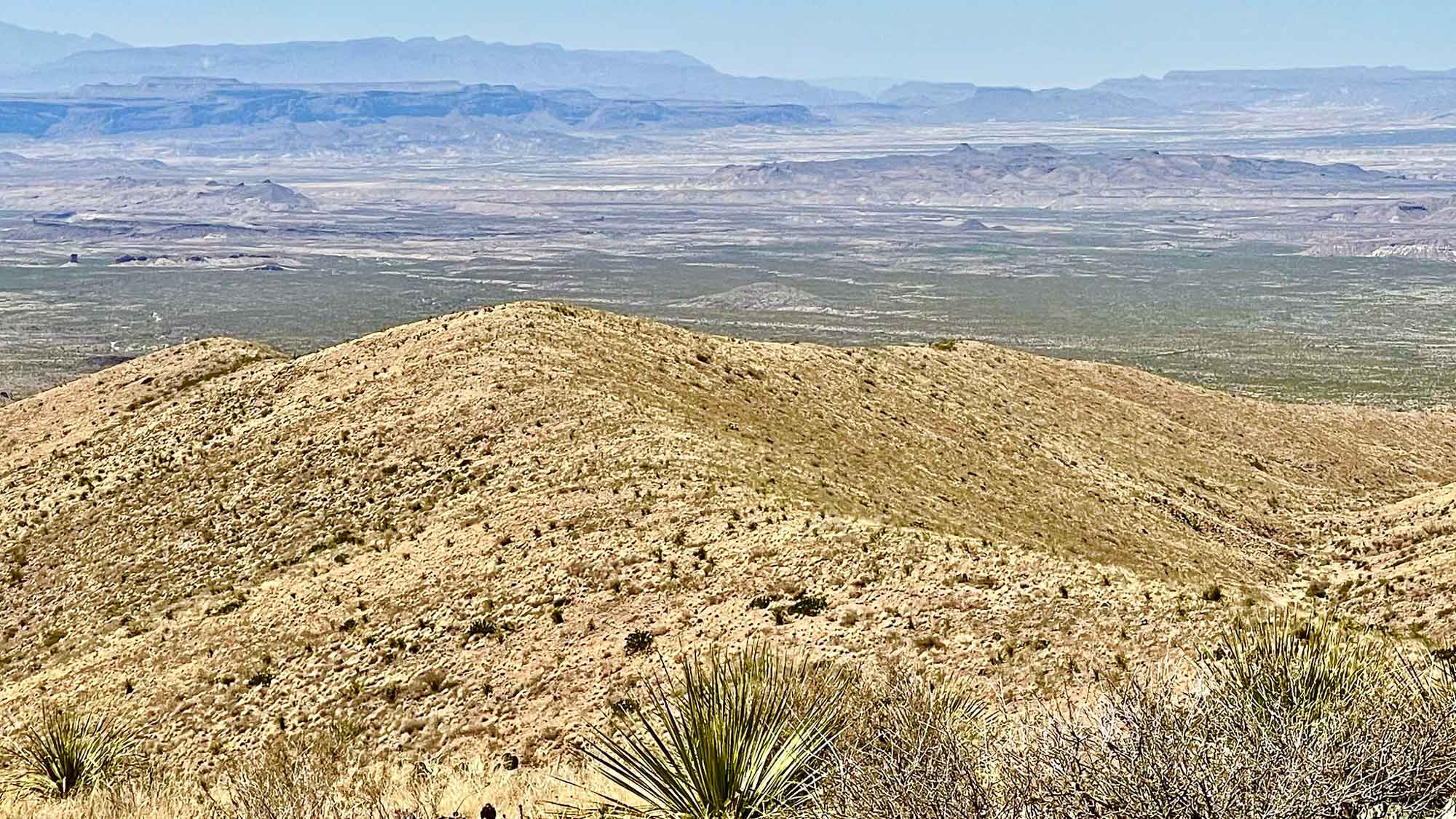