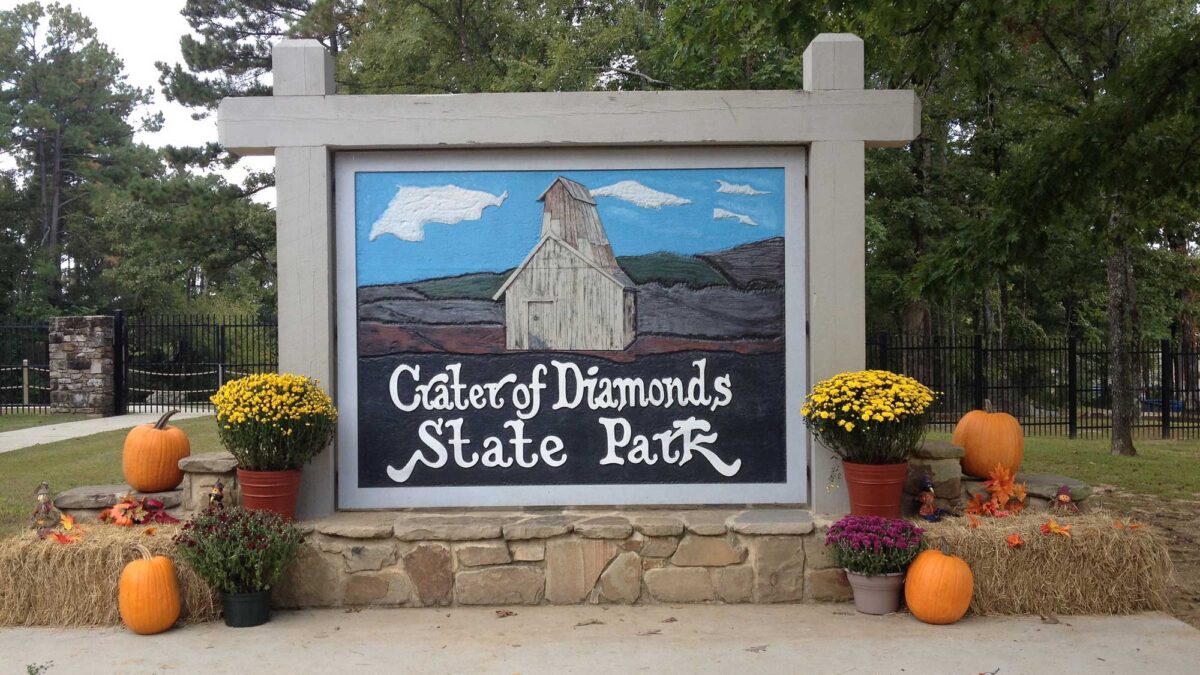 Snapshot: Overview of the mineral resources of the Coastal Plain region of the South-Central United States, including all of Louisiana and portions of Missouri, Arkansas, Oklahoma, and Texas.

Image above: Greeting sign at Crater of Diamonds State Park in Arkansas, where the largest diamond ever found in the United States was discovered. Photograph by "Mindy" (Flickr; Creative Commons Attribution-NonCommercial-ShareAlike 2.0 Generic license; image cropped and resized). 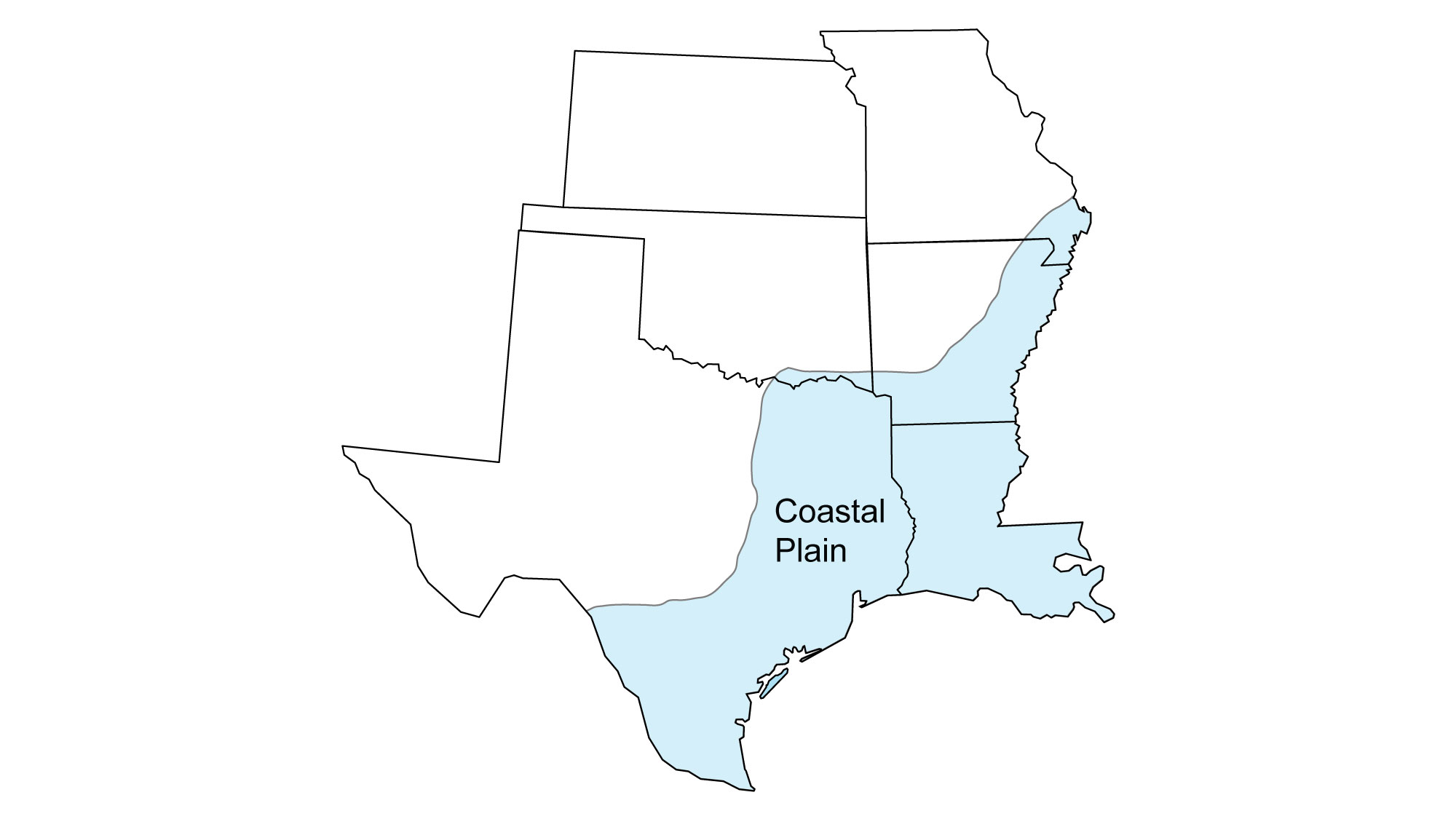 The Coastal Plain is underlain by thousands of feet of sedimentary rock and sediments that were deposited in both marine and terrestrial environments. Strata underlying this region consist of limestones, shales, and sandstones that were deposited in river valleys as well as in shallow seas, deltas, bays, and beaches. Cycles of deposition, erosion, and stability are tied to changes in sea level, which in turn have been influenced by Quaternary glacial and interglacial periods. Throughout the Cenozoic, the Mississippi River has continually deposited sediment in its alluvial plain, contributing to its evolving delta system. Offshore, Louisiana and Texas continue to experience the deposition of sediment from rivers emptying into the Gulf of Mexico.

Mineral resources in the Coastal Plain have accumulated primarily as a result of sedimentary processes. 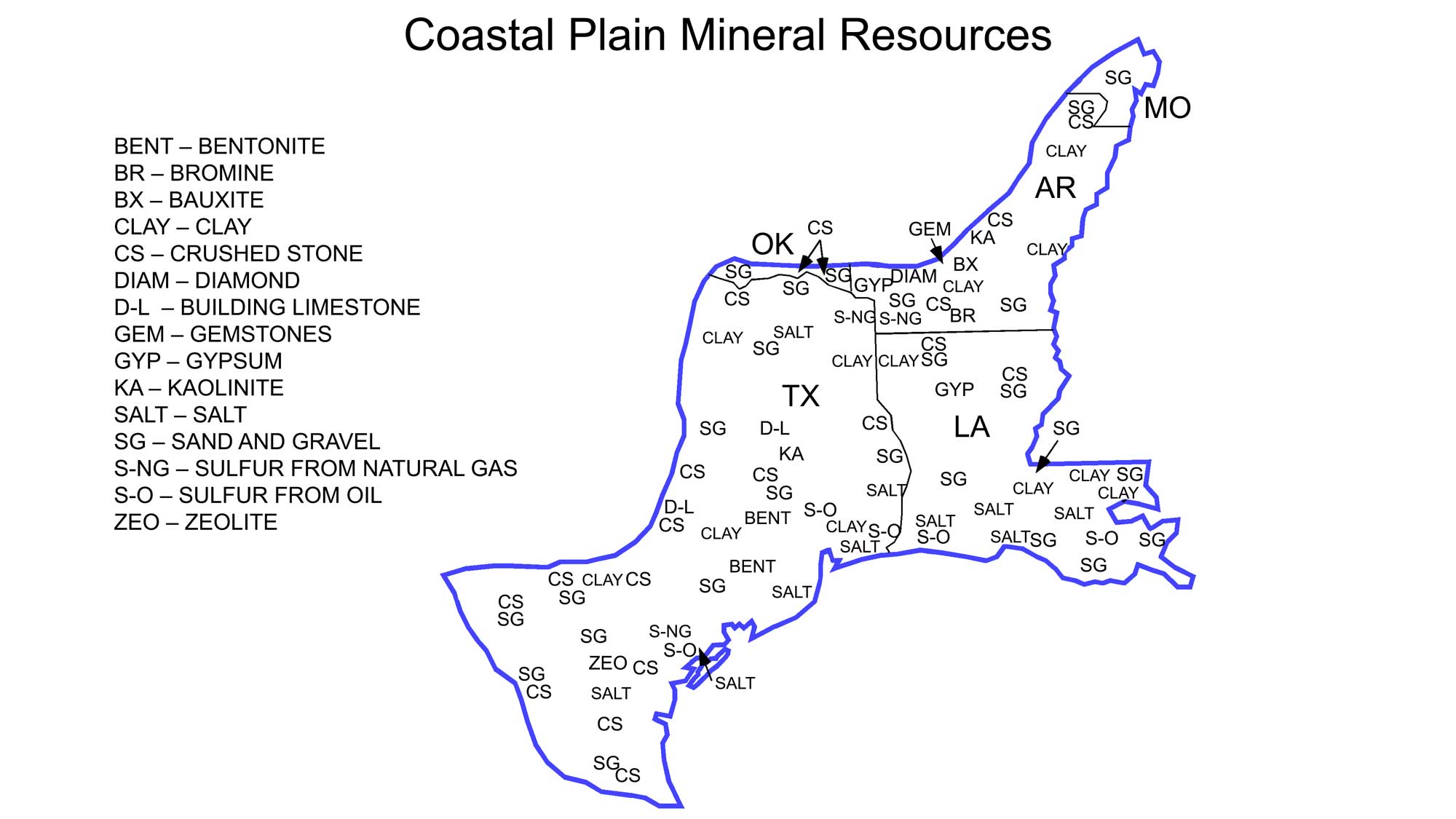 Sand and gravel, limestone for cement, crushed stone, and clay are mined throughout the region. Coastal Plain clays include fire clay, ball clay, kaolin, and bentonite. Fire clay is used in the production of refractory brick, and ball clay is used to produce ceramic products. Kaolin is used in ceramics, as well as a stabilizing agent or filler in many products. Bentonite is used in drilling muds and can be used as a sealant in instances where it is important to provide a barrier for water flow through rock or sediment.

Halite, gypsum, and industrial sand are produced in Texas and Louisiana, and bromine is extracted from brine wells located in Arkansas and Texas. Sulfur is produced from sources associated with salt domes in the Texas coastal plain, and as a byproduct from the processing of oil and gas. Zeolites—porous alumino-silicate minerals with cation-exchange properties that can transform hard water into soft water—are mined in south-central Texas.

Although the Coastal Plain is primarily made up of sedimentary strata, small areas of Cretaceous igneous intrusions are located in southwestern Arkansas. Deposits of diamonds and other gemstones do not appear here in commercially viable quantities, but individuals may prospect for and freely remove diamonds and other gemstones they find from the Crater of Diamonds State Park in Pike County, Arkansas. These minerals are found in an ancient volcanic pipe or conduit—the volcano was so explosive that it brought minerals like diamonds, olivine, and garnet, all of which are formed at great depths, up toward the surface. When the ancient vent exploded, it left behind a crater filled with volcanic material. Today, minerals can be collected from within the weathered crater. Over 75,000 white, brown, and yellow diamonds have been found in the park, including “Uncle Sam,” the largest diamond ever found in the United States, and the Strawn-Wagner Diamond, the world’s only “perfect” diamond. 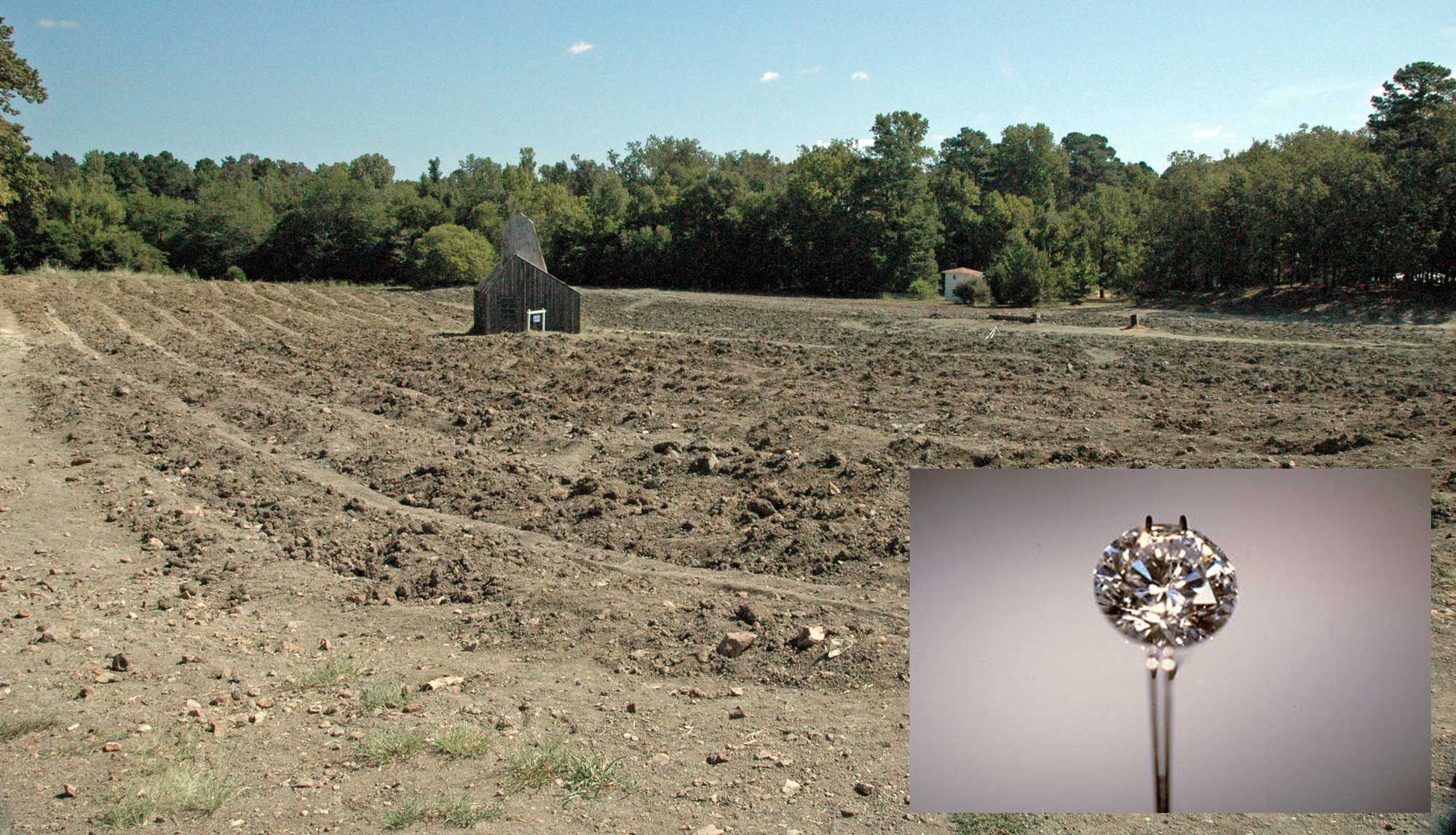 "The World's Only Public Diamond Mine - Crater of Diamonds" by Off the Cuff (YouTube).

Other gems and minerals found in the park include amethyst, banded agate, jasper, peridot, garnet, quartz, calcite, barite, and hematite.

Metals are not currently mined for commercial purposes in the Coastal Plain. While some deposits of metal-bearing minerals do occur in Texas and Arkansas, most of these deposits are either too small or low grade to be profitably mined.