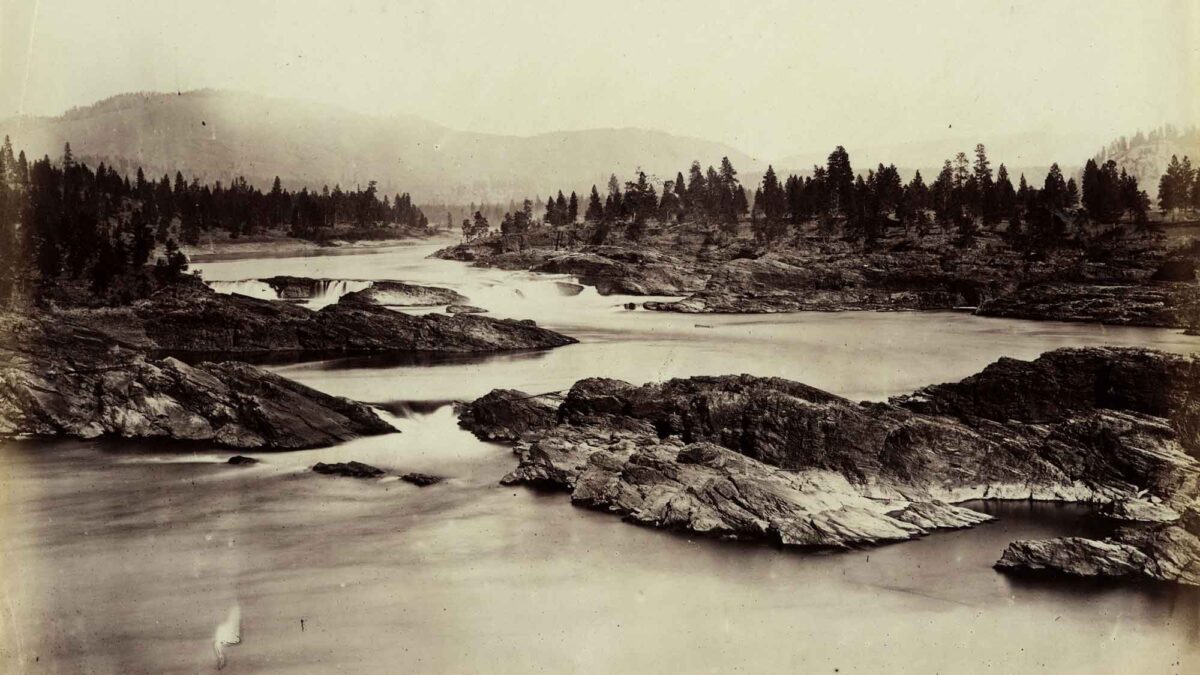 Spotlight: Overview of the rocks of the Rocky Mountains region of the western United States in Washington State. 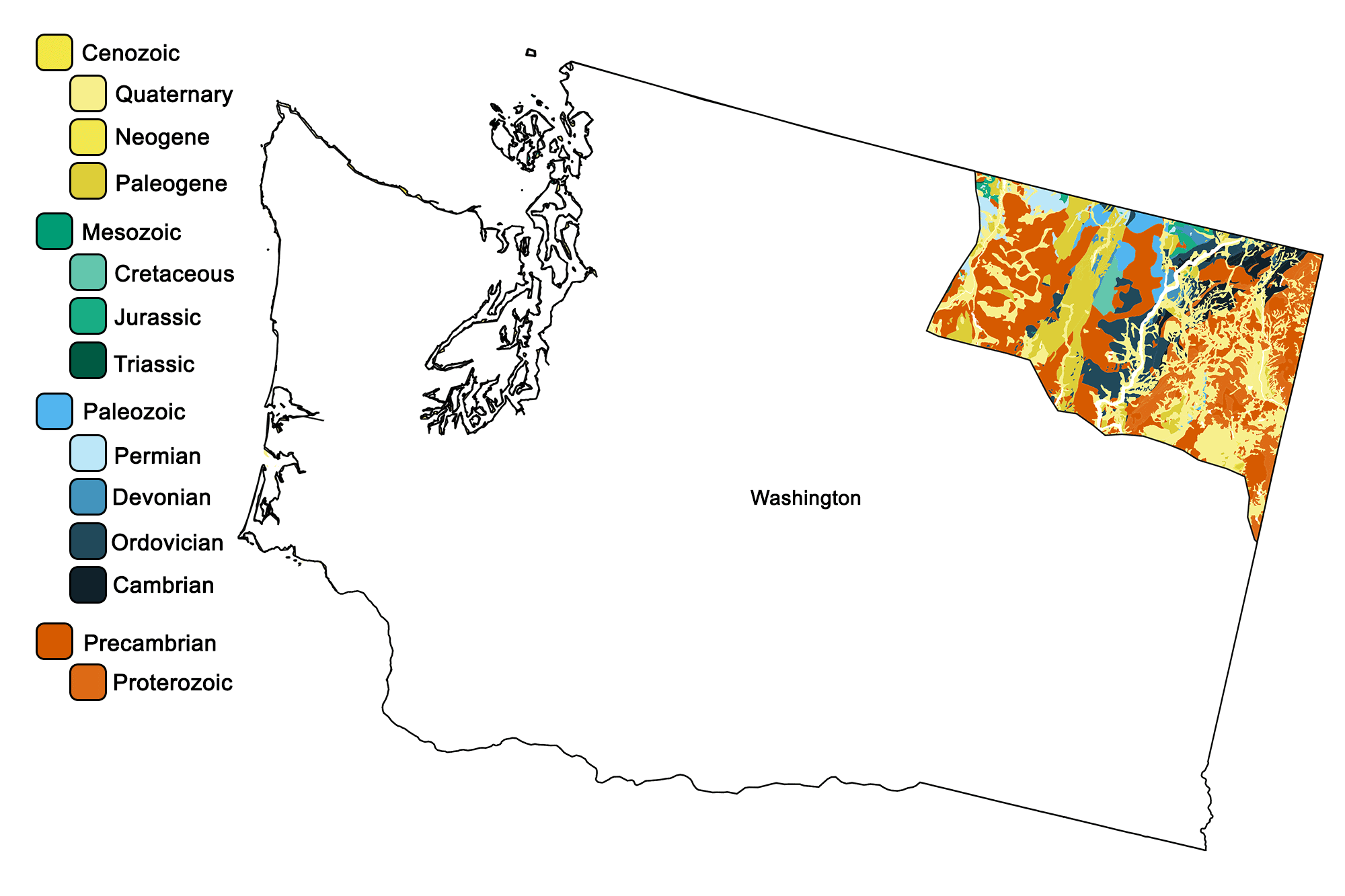 The oldest rocks of Washington State can be found in the Northeastern Highlands, which contain the Northern Rocky Mountains as well as the Kootenay Arc and the Okanogan Highlands.

The Northern Rocky Mountains defined the ancient edge of the North American continent during the Precambrian. The oldest rocks are granite, gneiss, and schist of the ancient continental crust. Above them lies the Belt Supergroup, a 1.45-billion-year-old series of sedimentary rocks that contains sandstones and mudstones.

The Belt Supergroup is of particular note due to its age and excellent preservation. It is extremely rare for sedimentary rocks of over a billion years in age to not have been warped, tilted, metamorphosed, or otherwise altered. The Belt Supergroup is also famous for its abundant and well-preserved stromatolites. 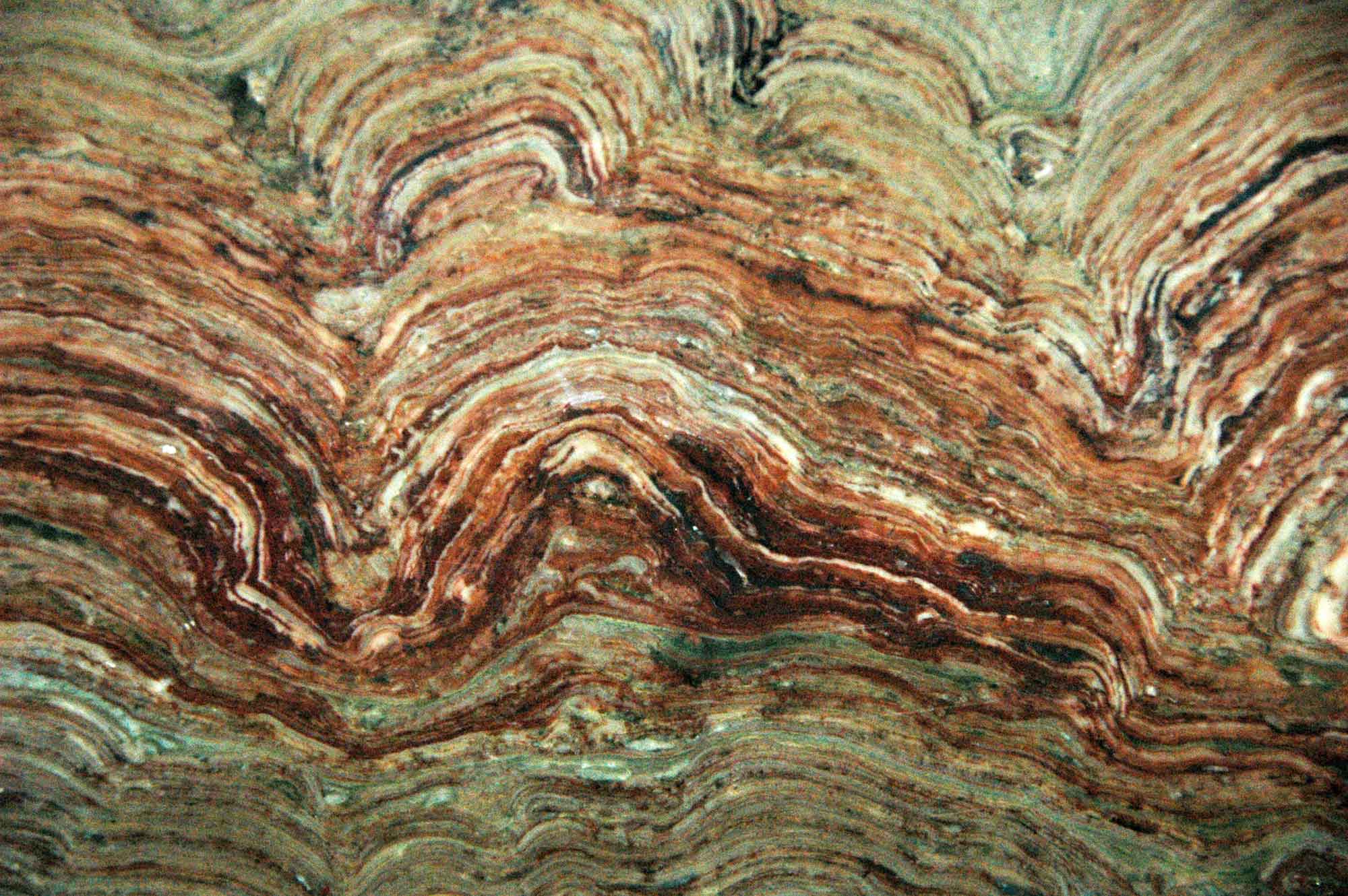 For millions of years, the edge of the continent deposited sediments onto its continental shelf. About 200 million years ago the Okanogan micro-continent, an island about the size of California, slammed into the coast, folding and compressing the coastal sediments. The resulting sedimentary rocks, known as the Kootenay Arc, were compressed like an accordion, so that today they lie nearly vertical. They can be viewed between Chewelah and Kettle Falls, Washington. Kettle Falls (see photograph at top of page), now below Franklin D. Roosevelt Lake, marks the suture line between the sedimentary rocks of the Kootenay Arc and the granites and gneisses of the Okanogan micro-continent.

Granite can also be found throughout the Northeastern Highlands, due to Mesozoic-era magmatic intrusions that cooled at depth. These intrusions are notable for their uranium content, and uranium mines operated in the region between the 1950s and 1980s. During the early Paleogene (50–66 million years ago), the Okanogan Highlands were subjected to further volcanic and tectonic events, resulting in the development of gneiss domes. As the granitic rocks of the highlands were subjected to heat and stress, they melted and rose, dragging underlying gneiss up with them to form the domes. During the same time period, massive ore deposits formed as igneous intrusions. Significant deposits of gold and silver can be found in the Okanogan area. In addition, Mt. Tolman near Keller, Washington holds one of the largest molybdenum reserves in the United States, containing over 2.4 billion tons of ore.