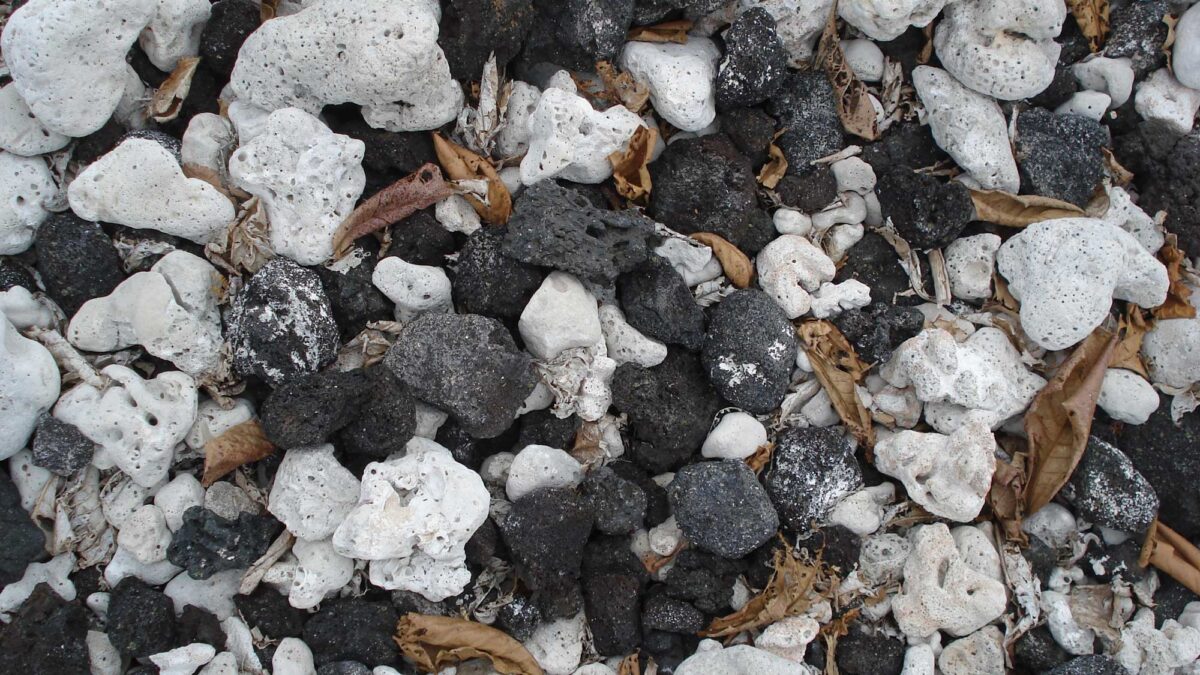 Topics covered on this page: What are rocks?; What are the three main kinds of rocks?; Sedimentary rocks; Igneous rocks; Metamorphic rocks; The rock cycle; Resources.

Credits: Most of the text on this page was written by Jonathan R. Hendricks. A small portion comes from "Rocks of the Southeastern US" by Jane A. Picconi and Charles C. Smith, chapter 2 in The Teacher-Friendly Guide to the Geology of the Southeastern U.S., 2nd. ed., edited by Andrielle N. Swaby, Mark D. Lucas, and Robert M. Ross (published in 2016 by the Paleontological Research Institution; currently out of print). The book was adapted for the web by Elizabeth J. Hermsen and Jonathan R. Hendricks in 2021. Changes include formatting and revisions to the text and images. Credits for individual images are given in figure captions.

Image above: Black and white rocks on the west side of the Big Island of Hawaiʻi. The black rocks are basalt, a type of extrusive igneous rock. The white rocks are limestones constructed by corals. Photograph by Jonathan R. Hendricks.

Granite by Digital Atlas of Ancient Life on Sketchfab

Interactive 3D model of a sample of granite, an intrusive igneous rock. The different colors of the rock correspond to different minerals, including biotite (black), potassium feldspar (pink), and quartz (clear). Specimen is from the teaching collection of the Paleontological Research Institution, Ithaca, New York. Longest dimension of specimen is approximately 10 cm.

What are the three main kinds of rocks?

Broadly speaking, there are three types of rock, each of which is introduced in greater detail below: sedimentary, igneous, and metamorphic. 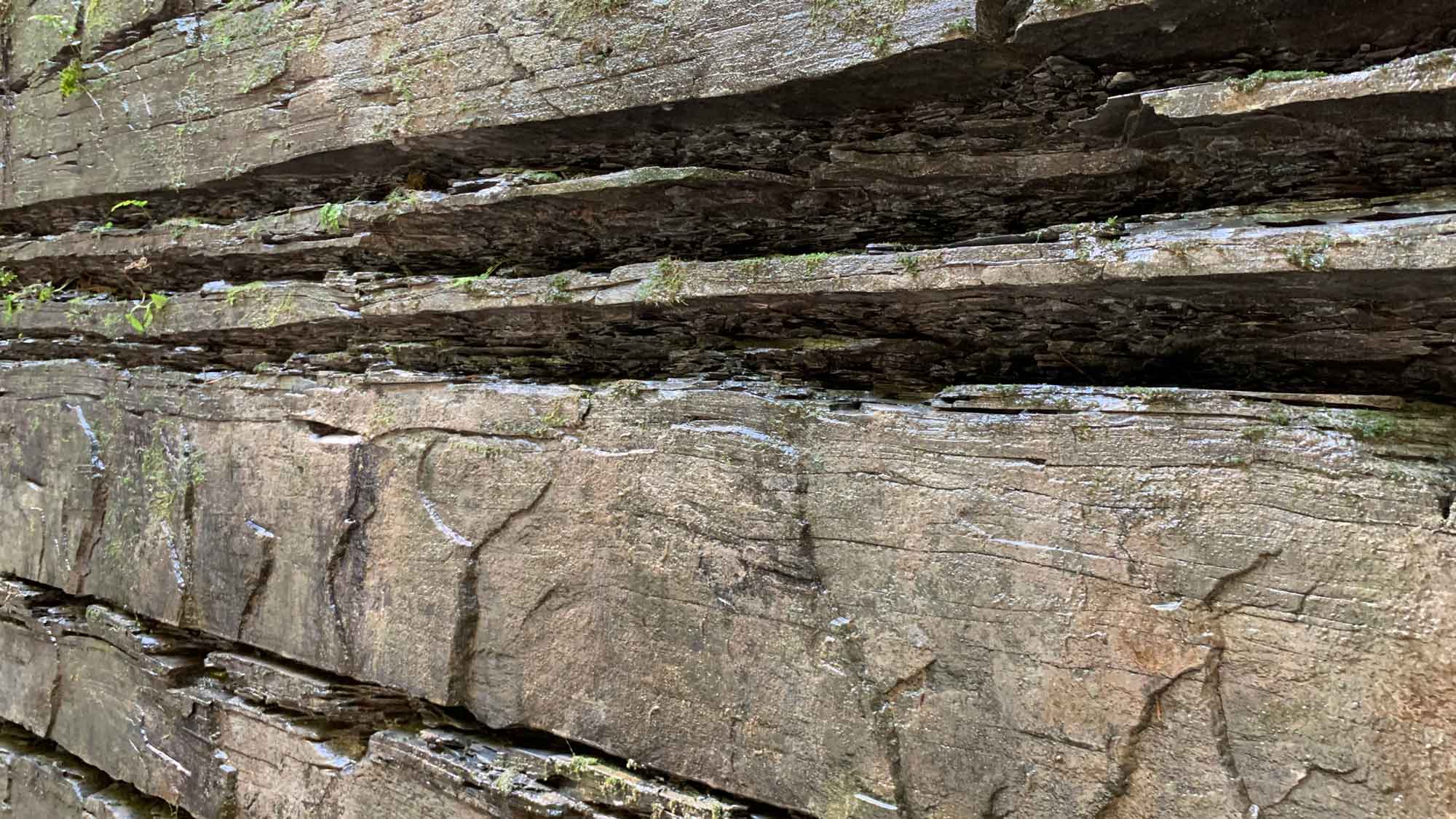 Types of siliclastic sedimentary rocks, the sizes of their largest sediment grains, and common environments in which they were deposited.

These rocks are classified based on their mineral composition.

Types of chemical and organic sedimentary rocks, the sizes of their largest sediment grains, and common environments in which they were deposited. 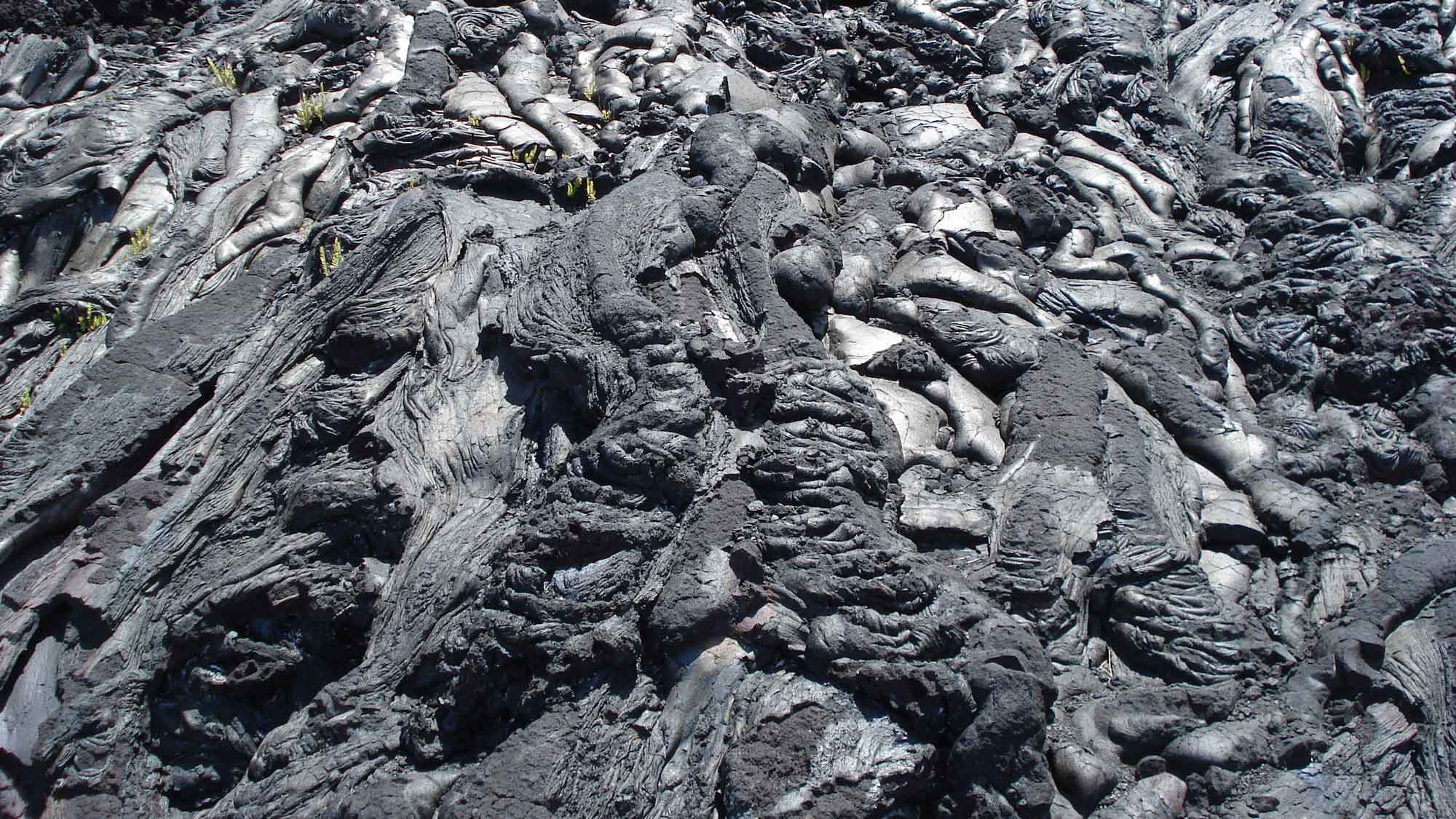 Intrusive (or, plutonic) igneous rocks form from magma that has cooled below the Earth's surface. Because this cooling process is slow, visible (or, phaneritic) mineral grains have time to form and are usually visible with the naked eye. When any mineral grains in a sample exceed 2 cm in size, the rock is called a pegmatite.

Major types of intrustive igneous rocks and their physical characteristics.

Extrusive (or, volcanic) igneous rocks are formed on the Earth’s surface as the result of volcanic activity. They tend to have small crystal sizes because they cool very quickly. These small crystals are referred to as aphanitic because they often cannot be seen with the naked eye. That said, larger, visible crystals called phenocrysts may be present within the surrounding groundmass (or, matrix) of aphanitic crystals. Extrusive igenous rocks with phenocrysts in an aphanitic matrix are called porphyry; they form when magma has partially cooled below the surface (forming the phenocrysts) and is then erupted and rapidly cooled (forming the aphenitic matrix).

Most extrusive igneous rocks have textures composed of interlocking crystals of varying mineral composition. Others, such as tuff, formed from fragments that exploded out of the Earth, settled, and then become welded together as they quickly cool. Glassy extrusive igenous rocks such as obsidian, pumice, and scoria contain a large amount of silica (Si) and form when lava cools very quickly, preventing the formation of individual mineral grains; pumice and scoria vesicles, a result of air bubbles.being trapped in the lava before it cooled.

Major types of extrusive igneous rocks and their physical characteristics. 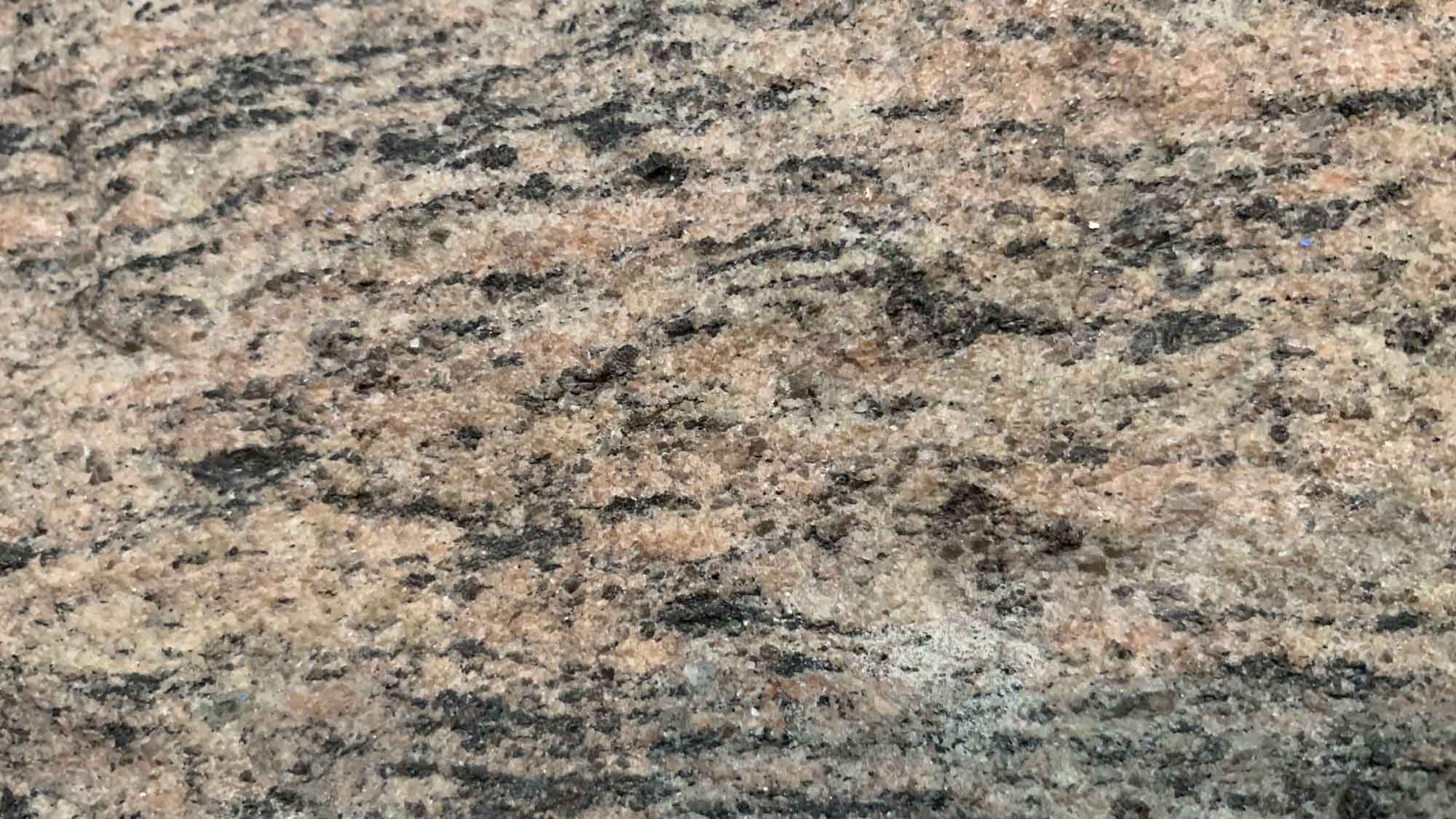 A sample of 1 billion-year-old (Precambrian) gneiss, a type of foliated metamorphic rock, from the Adirondacks of New York. Photograph by Jonathan R. Hendricks.

In a geologic sense, the texture of a rock has to do with the arrangement, sizes, and shapes of its crystals. Metamorphism always alters the texture of rock. Metamorphic rocks are grouped into two major categories based on their textures: 1) foliated and 2) non-foliated.

Foliated metamorphic rocks show mineral grains that are grouped in parallel arrangements. This happens because platy minerals such as micas and chlorites become aligned at an angle relative to a direction of force. The six types of foliated metamorphic rocks highlighted below (slate, phyllite, schist, gneiss, amphibolite, and migmatite) are arranged by the increasing amount of temperature and pressure (or, metamorphic grade) required for their formation. They are classified based on the nature of their foliation and their crystal size.

What is the rock cycle?

Over geologic time scales, rocks sometimes turn into other sorts of rocks. The rock cycle explains this process of transformation. It is a major Earth system that has operated since the Earth's origin, and it continues today. The energy that drives weathering and erosion at Earth's surface—as well as, melting, or an increase in heat or pressure below Earth's surface—drives the continuation of the rock cycle.

It is useful to visualize the rock cycle as a square. The four sides represent the three rock types (sedimentary, igneous, and metamorphic), as well as loose sediments that have not yet turned into sedimentary rock. The four corners represent the processes and factors that turn one type of rock into another:

These connections are described below. 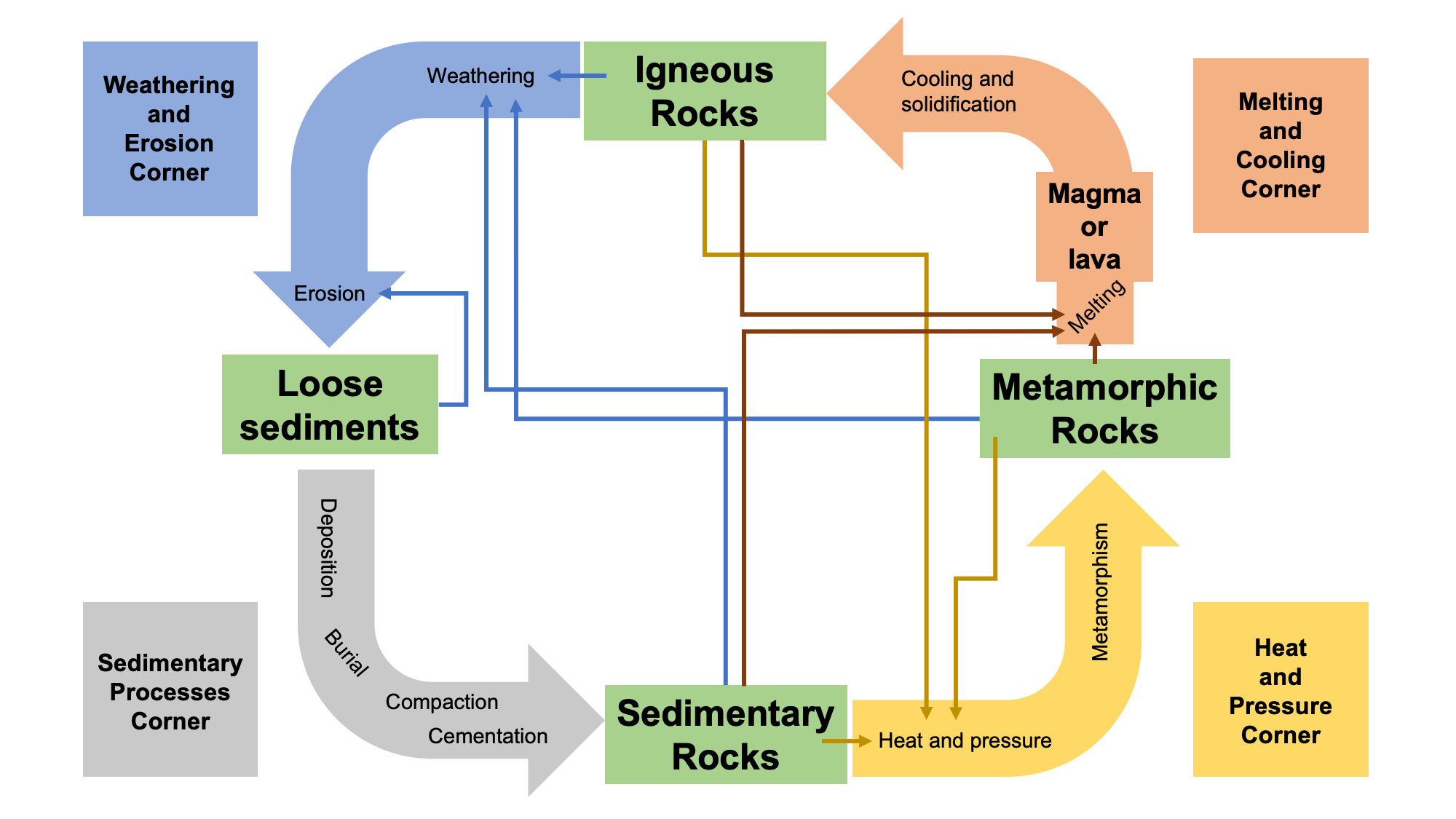 The rock cycle. Image by Jonathan R. Hendricks for the [email protected] project. 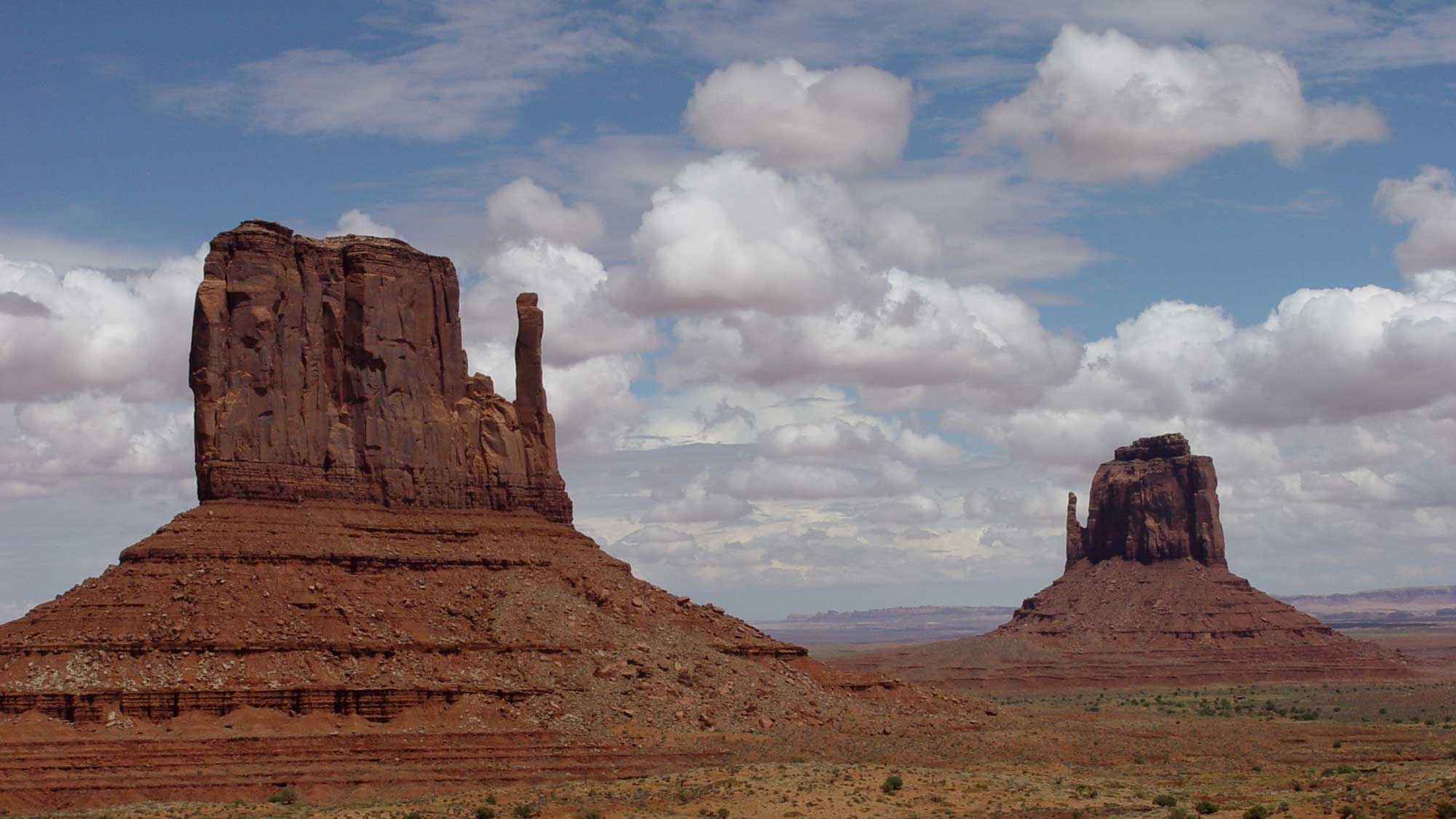 Weathering is the process that causes rocks on Earth's surface to become broken into sediments, which range in size from boulders to individual, microscopic mineral grains.

There are two types of weathering:

Chemical weathering results from certain minerals in a rock sample dissolving away (for example, because of acidic groundwater), causing resistant grains to become dislodged.

Example of chemical weathering of a rock sample composed of biotite, feldspar, and quartz. The biotite and feldspar grains are less resistant than the quartz grains and begin to dissolve away. After they have fully dissolved, all that remains are quartz grains that no longer remain locked together, leading them to erode away. Image by Jonathan R. Hendricks for the [email protected] project.

As its name implies, physical weathering is caused by physical factors that break a rock apart. One example is the natural freezing and thawing cycle in cold climates: water fills cracks in the rock, expands as it freezes, and breaks the rock. Growing plant roots can also cause rocks to be broken. 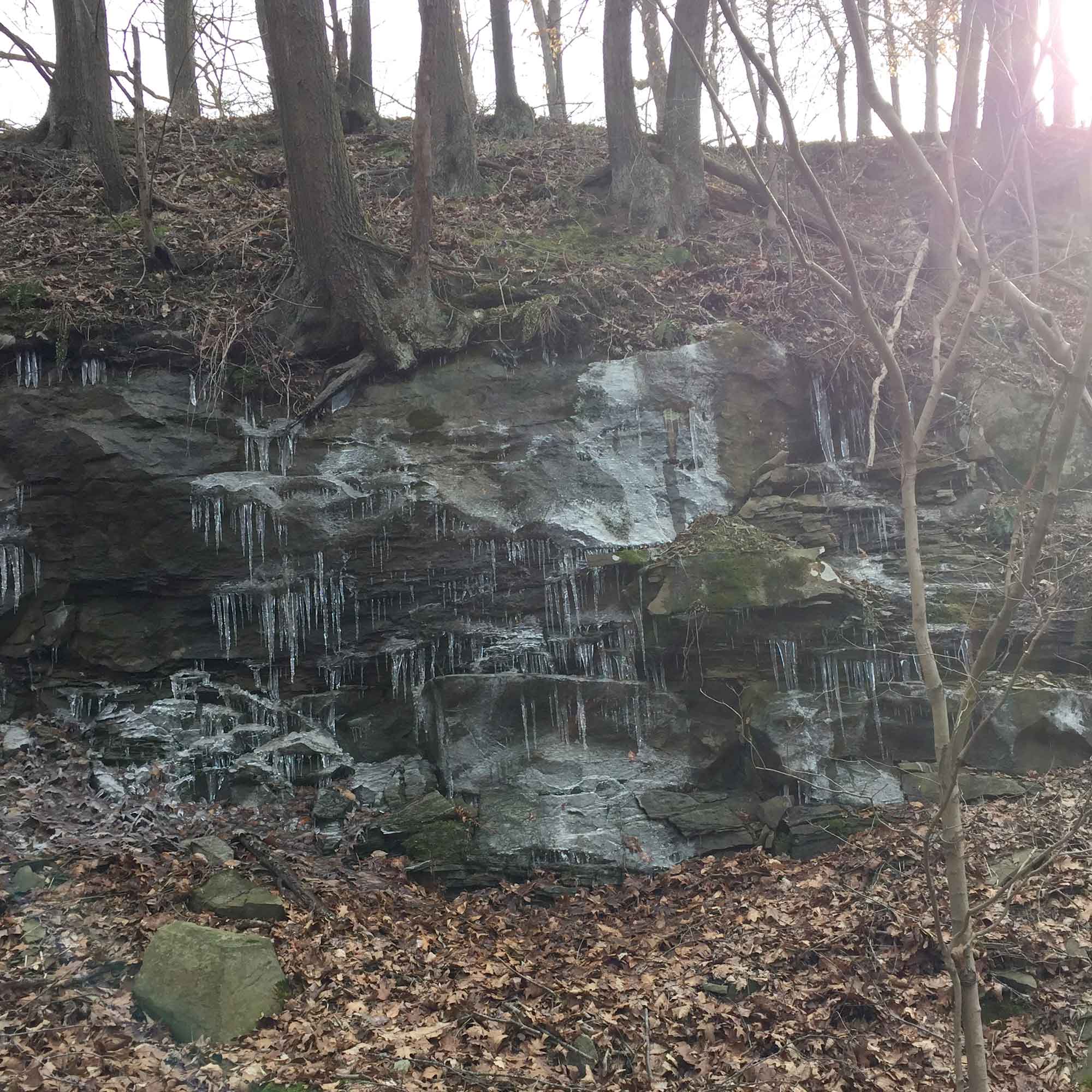 A rock outcrop near Athens, Ohio that shows erosion (boulder at bottom of image) resulting from physical weathering as a result a likely combination of repeated freezing and thawing (note icicles in image) and tree roots. Photograph by Jonathan R. Hendricks.

Erosion ends when the material stops being transported, typically when it reaches the location where it is deposited.

Panorama view of two streams coming together (confluence) in Denali National Park, Alaska. The stream at the bottom of the image is brown because of the large amount of sediment it is carrying. Note also the loose sediment (pebbles) at the bottom and sides of the image. Photograph by Jonathan R. Hendricks.

Sedimentary processes convert loose sediments into sedimentary rock. These processes include deposition, burial, compaction, and cementation. Note that chemical and organic sedimentary rocks like limestone, halite, and coal form in place and not as a result of transportation.

Loose sediments (ranging in size from large boulders to microscopic grains) are transported by wind, water, or gravity until they can be moved no further. This often results when they encounter a basin such as a lake or the ocean. Deposition occurs when the sediment grains stop moving.

Following deposition, loose sediments pile on top of each other, forming layers. New layers bury older layers. Individual layers often correspond to large storm events that move a lot of sediment at once.

A body of sediment becomes heavier and heavier as more layers are added. This causes the sediment grains to become more closely squished together over time. This process is known as compaction.

Over time, minerals that are dissolved in water may precipitate out (or, form crystals) between individual sediment grains, causing them to become cemented (or, locked) together. Calcite is a common type of cement.

Many of the oldest rocks on Earth are metamorphic. This is because they have been subjected to numerous intervals of heat and pressure over their ancient histories.

Importantly, metamorphism does not involve the melting of rocks. A melted rock becomes magma or lava, which turns into an igneous rock after cooling. 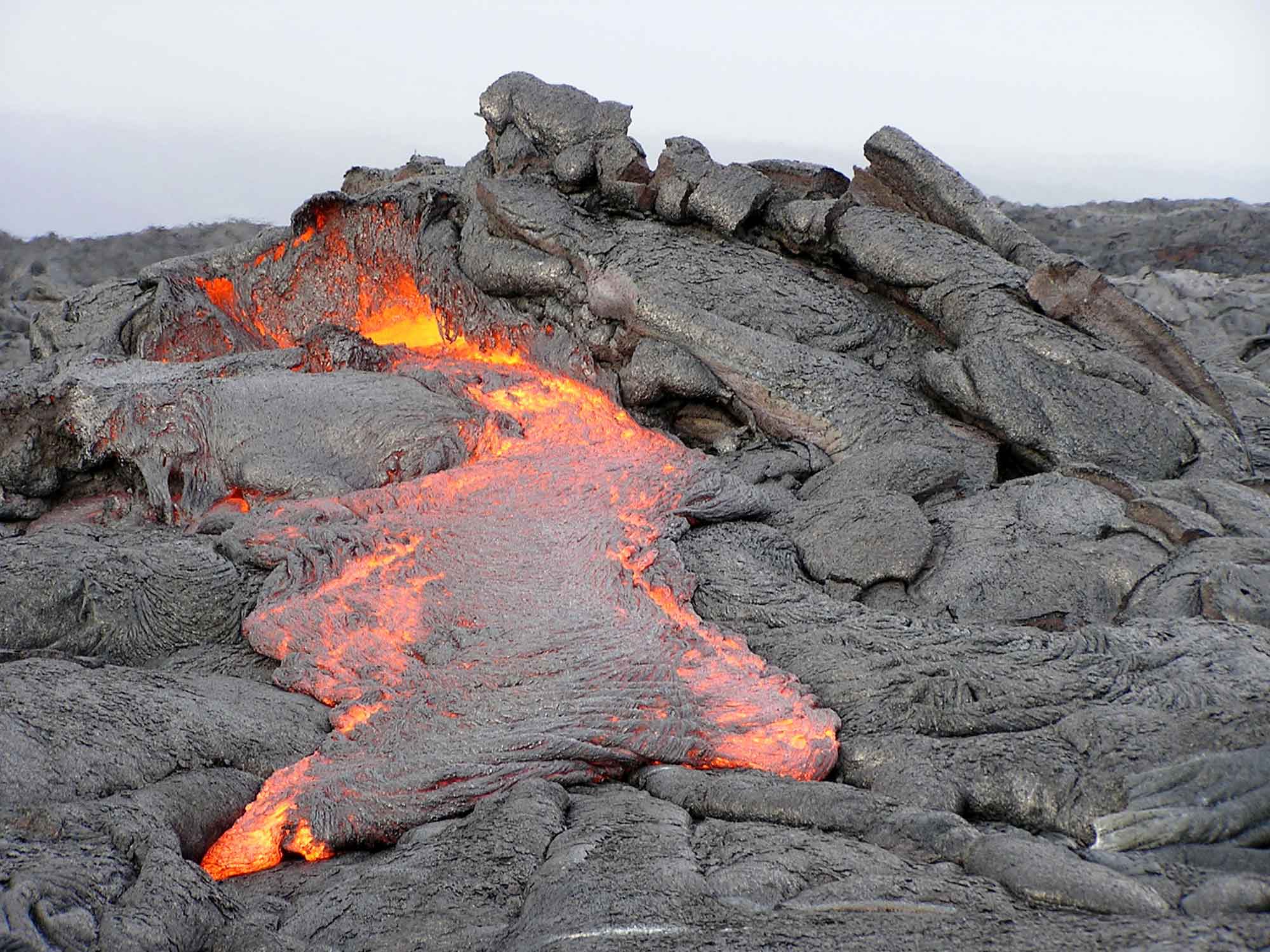 Any time an existing rock—whether sedimentary, metamorphic, or igneous—melts, cools, and re-solidifies, the result is a new igneous rock. Most rocks on Earth are ultimately derived from magma or lava that cooled to form, respectively, extrusive or intrusive igneous rocks. (Exceptions include chemical and organic sedimentary rocks). For example, most of the grains that form beach sand (which might one day become sandstone) are derived from weathered and eroded igneous rock.