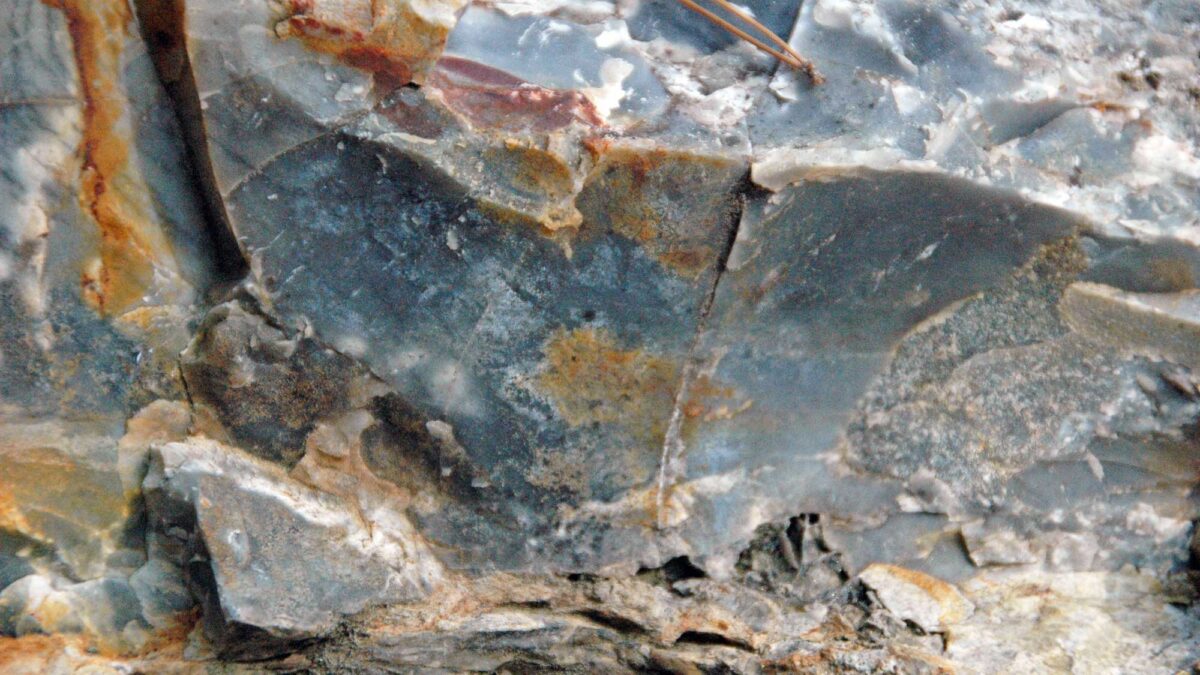 Spotlight: Overview of the rocks of the Interior Highlands region of the South Central United States, including portions of Missouri, Arkansas, and Oklahoma.

Topics covered on this page: Overview; Missouri; Arkansas and Oklahoma 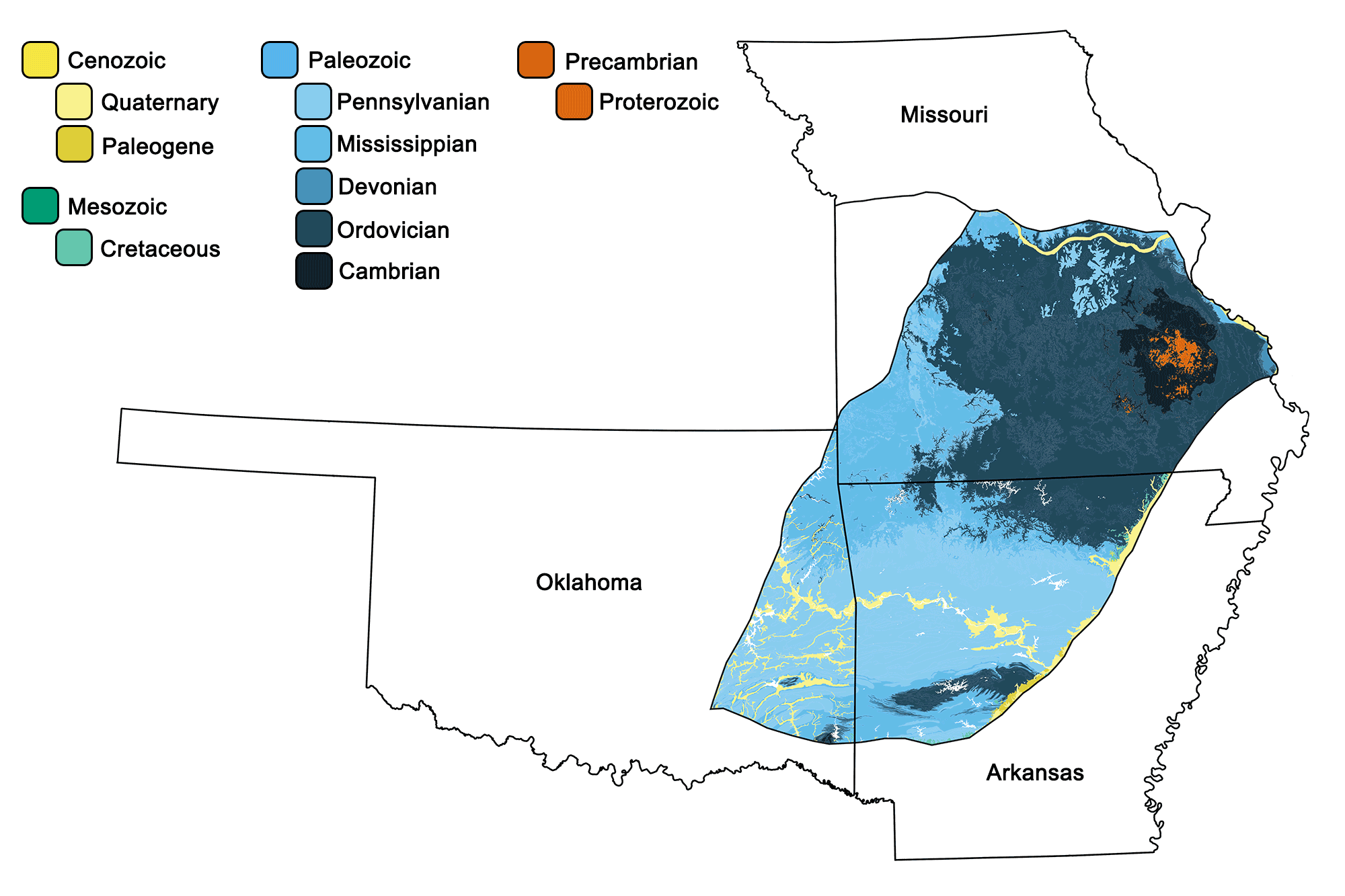 The mountainous regions of the Interior Highlands are dominated by uplifted sedimentary rock deposited within shallow seas, though the oldest rocks of the area are igneous in nature.

The core of the Interior Highlands is made up of a Proterozoic mountain range that formed around 1.5 billion years ago. Today, these units—a suite of igneous rocks—crop out within the Saint Francois Mountains in southeast Missouri across an area of 13,000 square kilometers (5000 square miles). The oldest of these rocks are composed of rhyolite flows dating to 1.5 billion years ago. In some of these flows, slower cooling led to the formation of larger crystals—called phenocrysts—within the rhyolites. Hughes Mountain, a rhyolite edifice in the southeastern Saint Francois Mountains, is composed of intrusive rhyolites that fractured into columnar joints while cooling.

The Saint Francois Mountains also contain slightly younger intrusive granite that formed between 1.5 and 1.25 billion years ago. This granite is exposed in Elephant Rocks State Park (so named for a string of massive boulders that superficially resemble a chain of elephants), where spheroidal weathering has smoothly worn the ancient rocks away along preexisting fractures. The largest “elephant” in the park weighs 680 tons and is 8 meters (27 feet) tall, 7.6 meters (25 feet) long, and 5 meters (17 feet) wide. 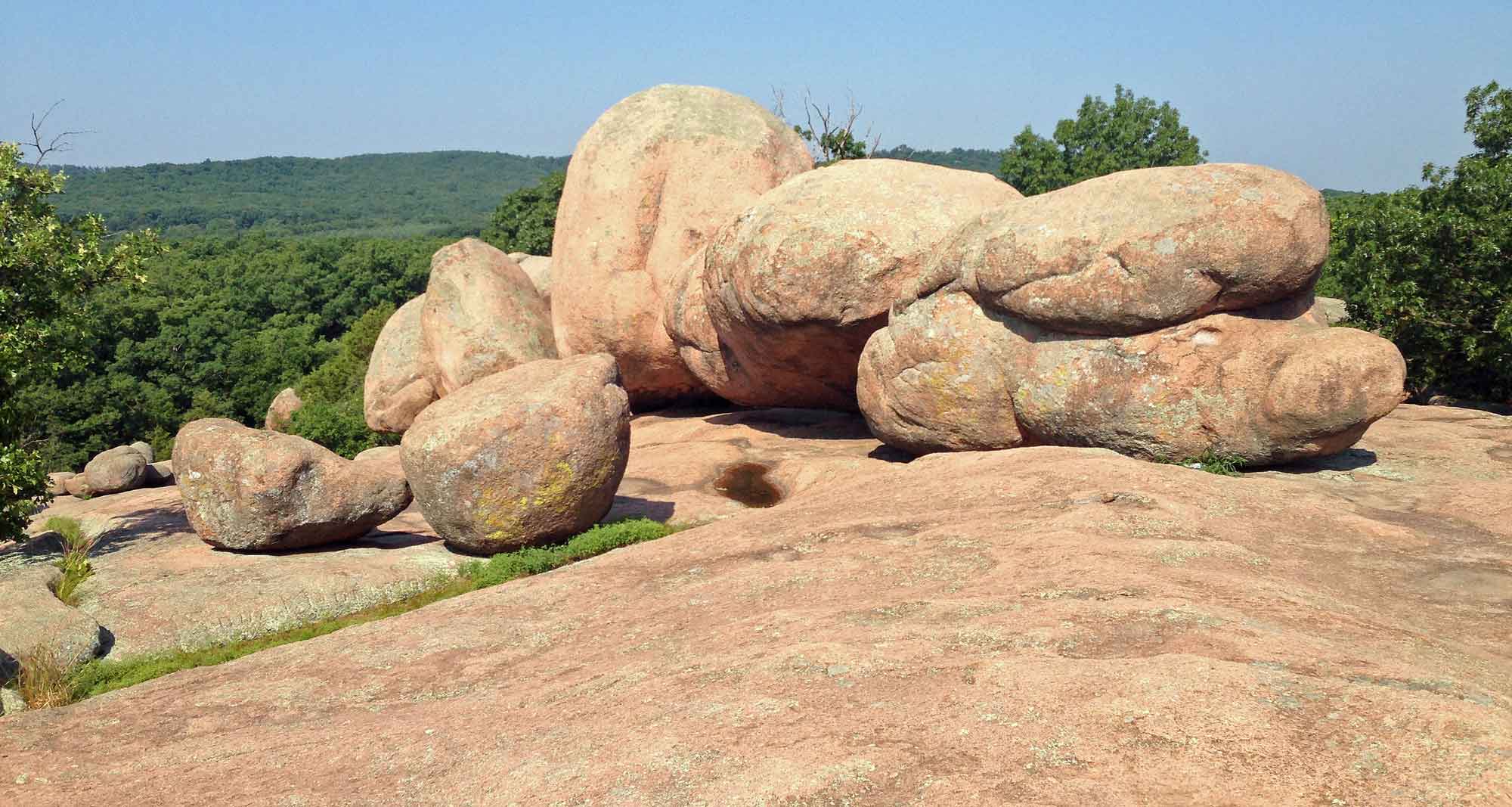 In addition to rhyolite and granite, gabbro and basalt are common within the Saint Francois Mountains, with the latter being most commonly found in the form of dikes.

The Paleozoic rocks of the Interior Highlands consist of a suite of shale, sandstone, limestone, dolomite, and chert. During this time period, vast inland seas led to the deposition of sandstone near shore and shale and limestone in deeper waters, with coral reefs forming around the volcanic rocks of the Saint Francois Mountains.

Inland sea may sound like a contradiction in terms, but there is a very simple, yet important, distinction that differentiates it from other seas: an inland sea is located on continental crust, while other seas are located on oceanic crust. An inland sea may or may not be connected to the ocean. For example, Hudson Bay is on the North American plate and connects to the Atlantic and Arctic oceans, while the Caspian Sea is on the European plate but does not drain into any ocean at all.

Within the Paleozoic seaway that covered the Interior Highlands, sandstones, shales, carbonates, and chert accumulated. Deposits of shallow-water carbonates formed throughout the Paleozoic, with episodes of sea level regression and erosion occasionally disrupting their deposition.

The Ozark highlands in Missouri represent an uplifted plateau that formed during the late Paleozoic Ouachita Orogeny. Erosion of these newly formed uplands led to the deposition of clastic sediment in basins to the north and south of the plateau. A colorful form of chert, called mozarkite, is also plentiful in the Ozarks and is the official state rock of Missouri.

3D model of the form of chert called mozarkite. Model by the Missouri State Department of Geography, Geology and Planning (Sketchfab).

After the collision of North America and Gondwana during the Pennsylvanian, the formation of the supercontinent Pangaea led to significant changes within the South Central States. The epicontinental seas that dominated the landscape for the previous 200 million years were squeezed out of the region, and marine deposits were severely affected by tectonic forces from the surrounding, colliding continents. A rapid influx of clastic sedimentary rocks was followed by intense deformation.

In Arkansas and Oklahoma, this folding and faulting resulted in the Ouachita Orogeny, which produced the Ouachita Mountains. The uplift exposed millions of years of buried marine strata, as well as Precambrian-aged granites and rhyolites. Today, the tilting limestone beds of the area create a distinct landscape known as “tombstone topography.”

The Ouachita Mountains are distinctive in that tectonic-induced volcanism, metamorphism, and intrusion played minimal roles in their formation, although low-grade metamorphism did lead to the formation of novaculite from existing chert. Novaculite is dense and therefore resistant to erosion; its layers stand out as ridges in the Ouachitas. 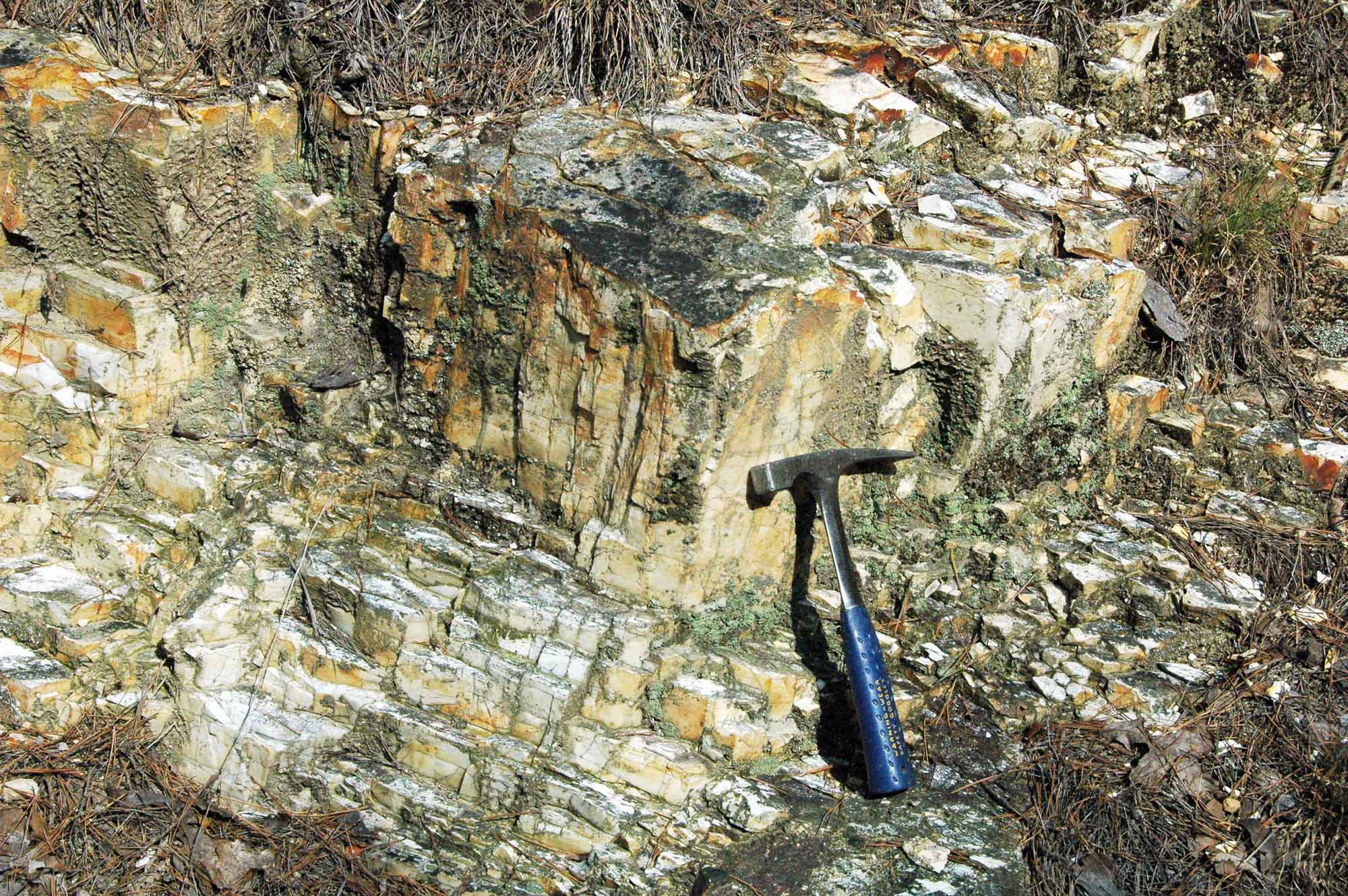