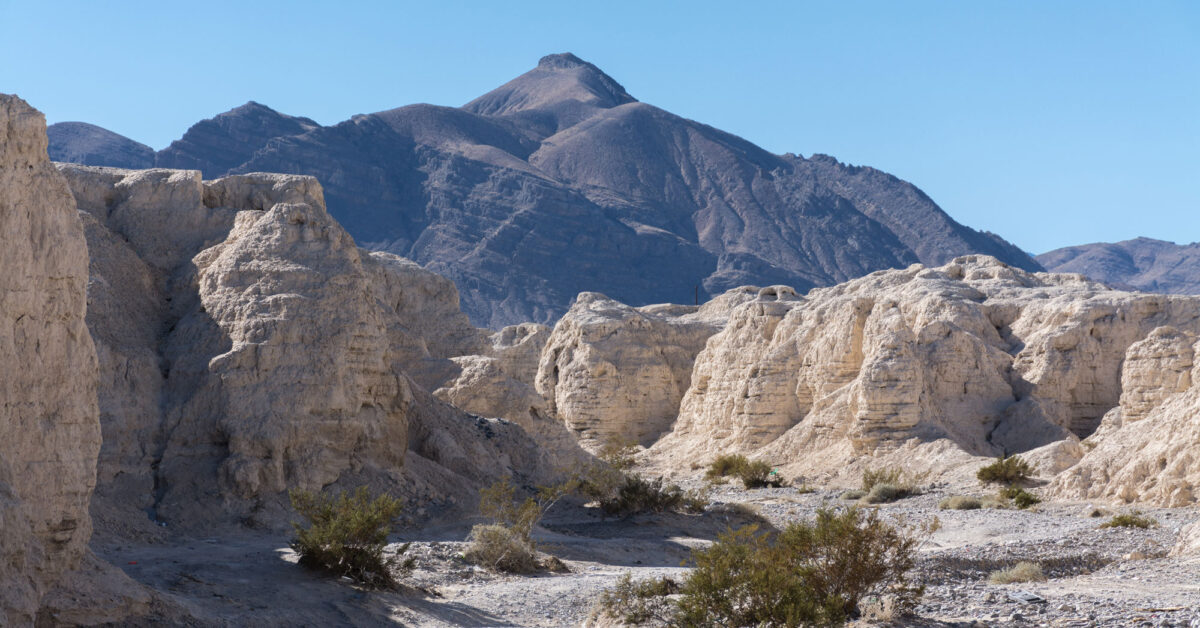 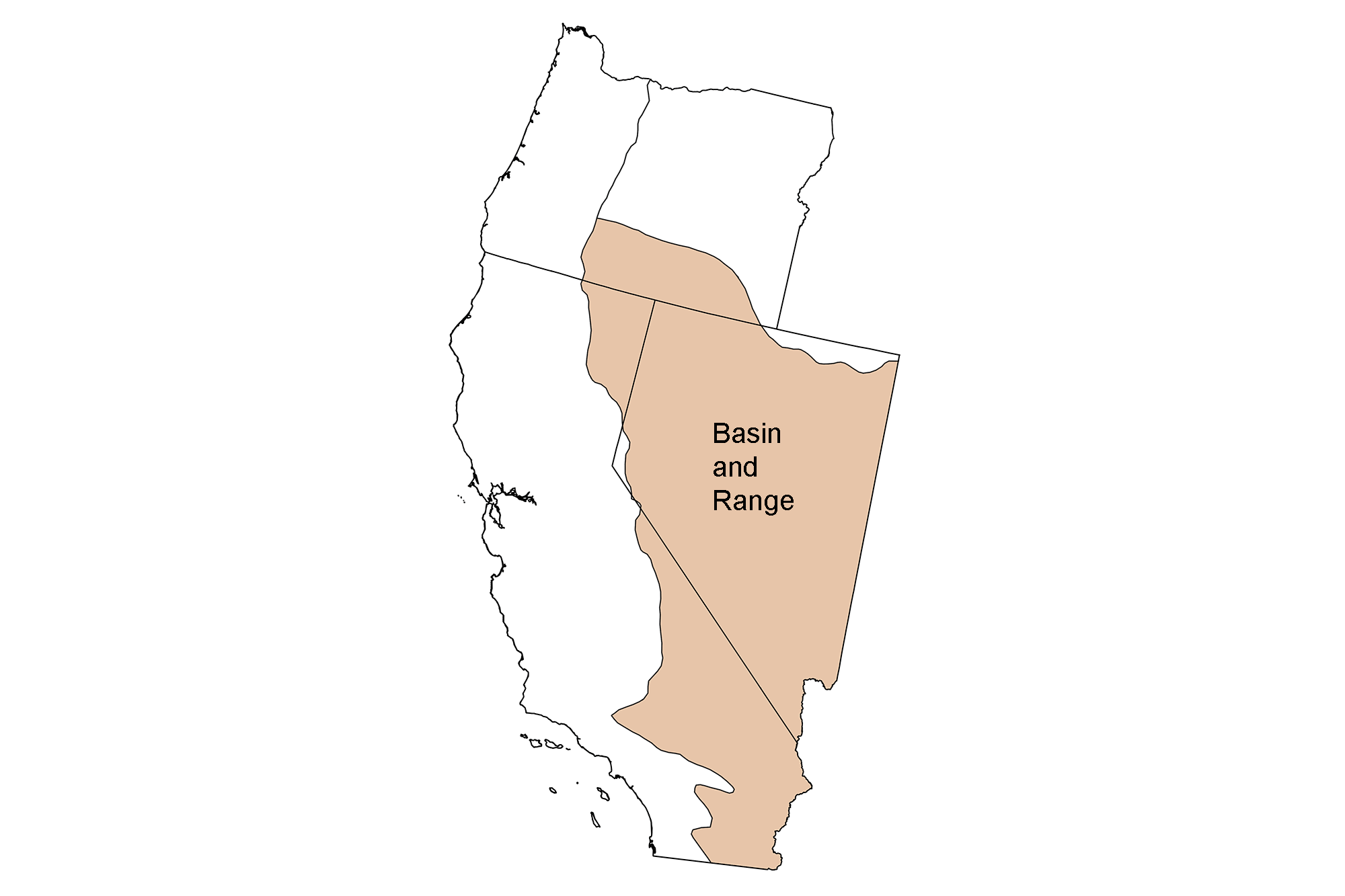 Page snapshot: Introduction to the fossils of the Basin and Range region of the western United States.

During the early Paleozoic, the area that is now the Basin and Range was a passive continental margin with no tectonic activity, similar to the East Coast of the U.S. today.

In the Cambrian, a warm, shallow sea flooded what is now Nevada, and trilobites were abundant and diverse. Reefs were built by an extinct group of sponge-like organisms known as archaeocyathids. Exceptionally well-preserved Cambrian fossils are known from the Indian Springs Lagerstätte (Cambrian Poleta Formation) in Nevada. 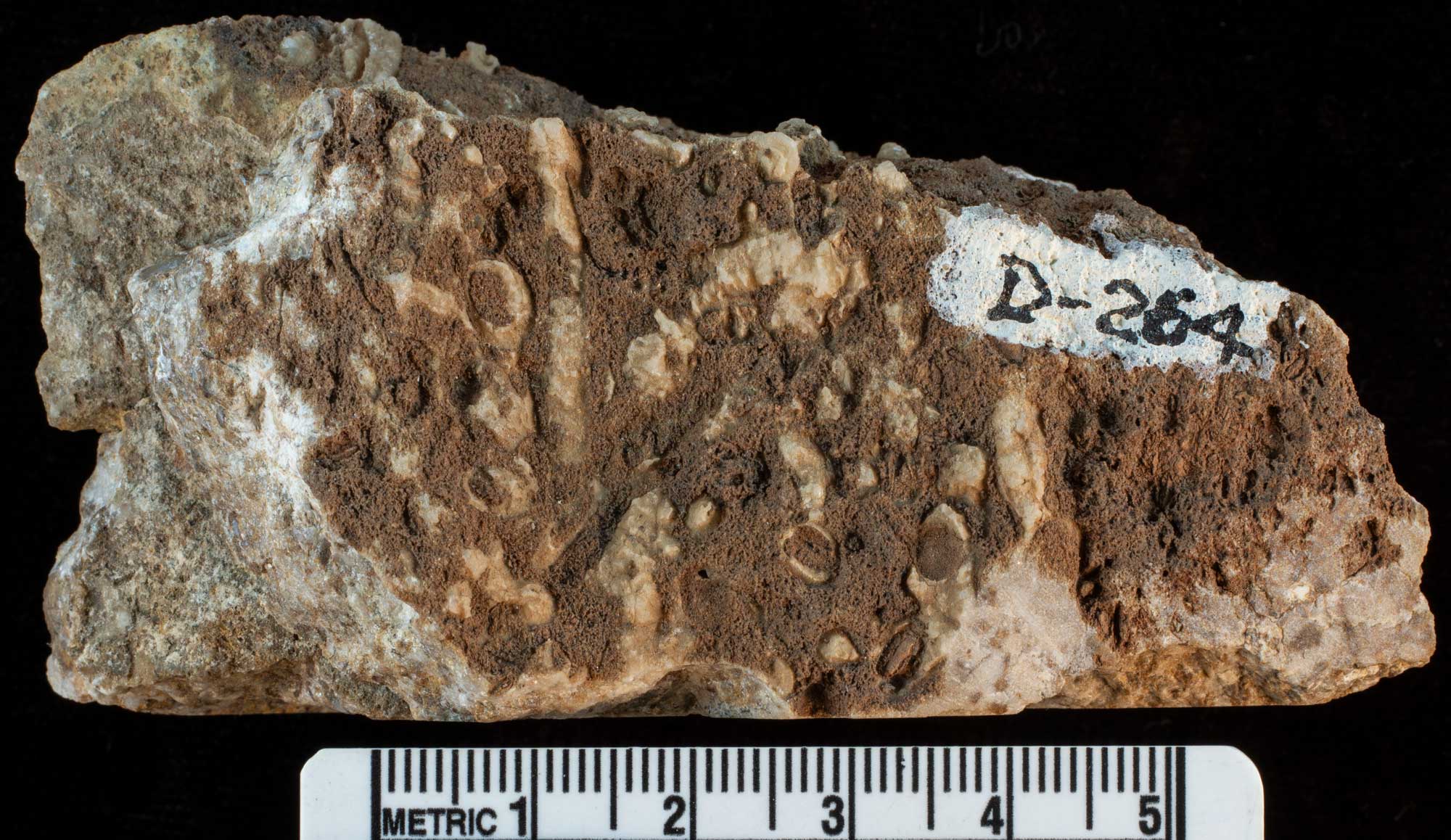 Archaeocyathids from the Cambrian of Inyo County, California. Left: Cross sections of Archaeocyathus arborensis (the gray, ring-like structures) from the Poleta Formation. Right: Cross section of an archaecyathid (the pinkish, ring-like structure) from the Harkless Formation. Photos of UCMP B-4022 and UCMP 116068 by Bob Day (University of California Museum of Paleontology/UCMP (Creative Commons Attribution 3.0 Unported license, accessed via GBIF.org). 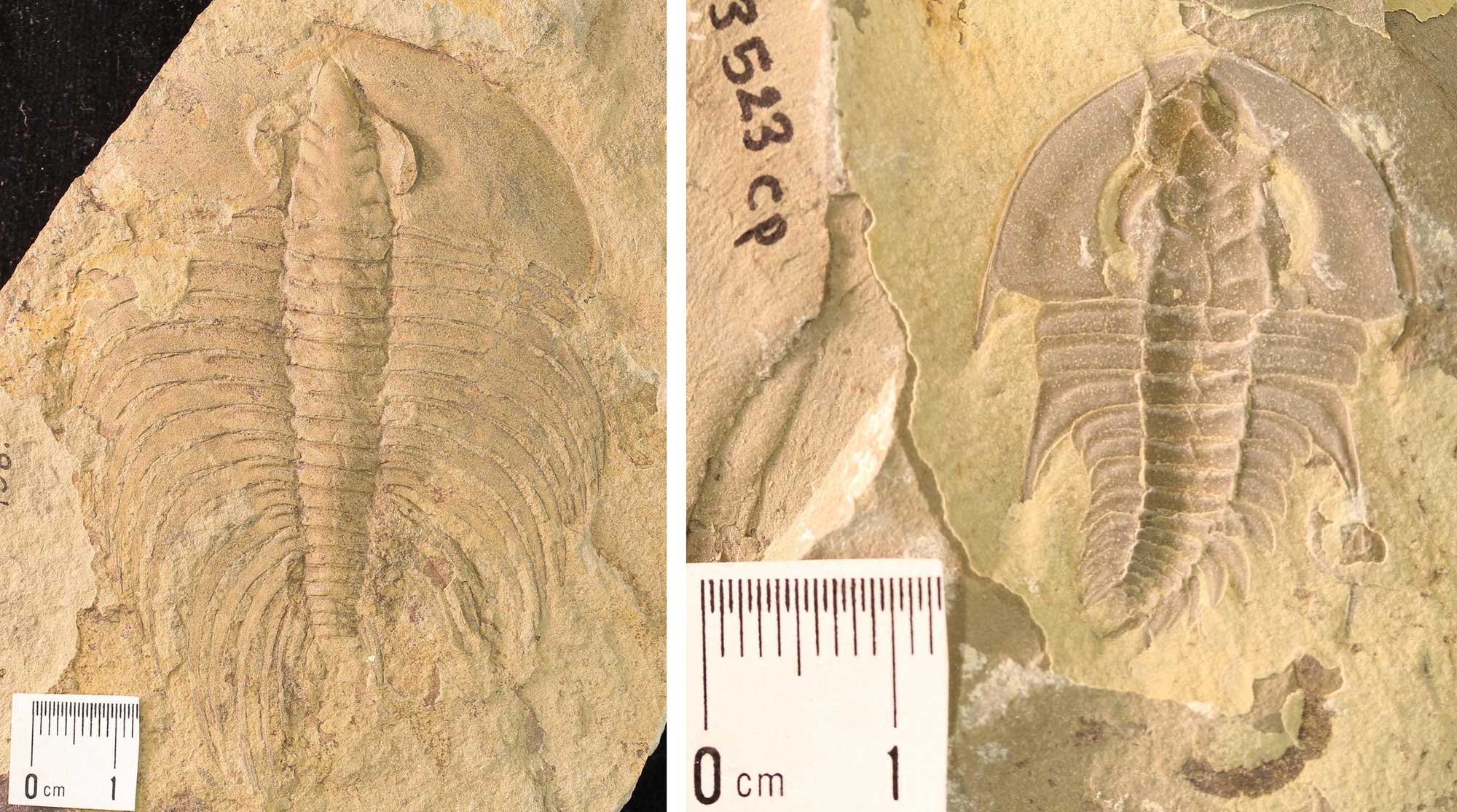 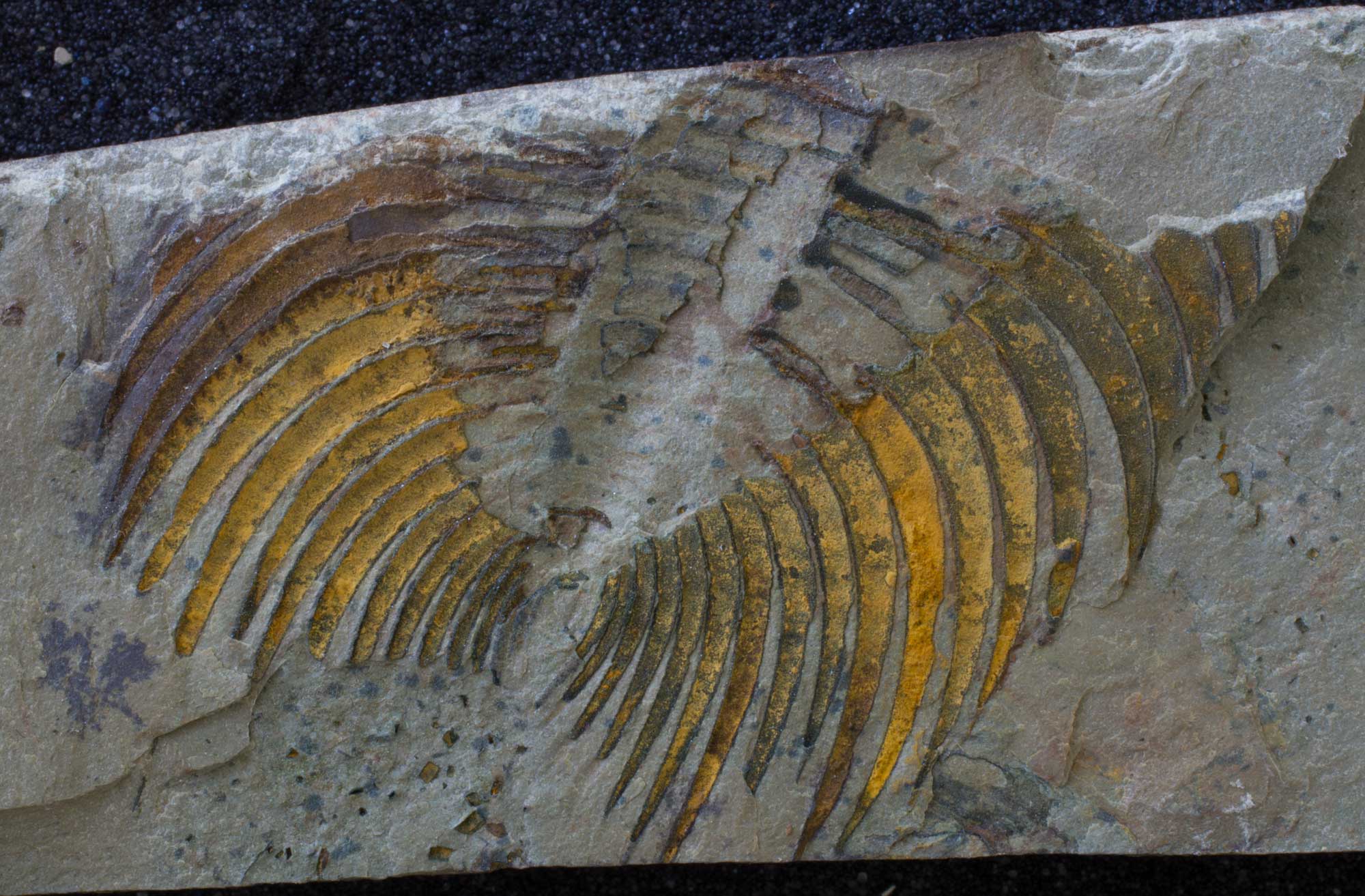 Devonian outcrops occur in central Nevada. These preserving marine invertebrates as well as vertebrates, like the fish Tinirau clackae. Tinirau clackae is from a group of fishes closely related to tetrapods, four-legged, land-dwelling vertebrates. 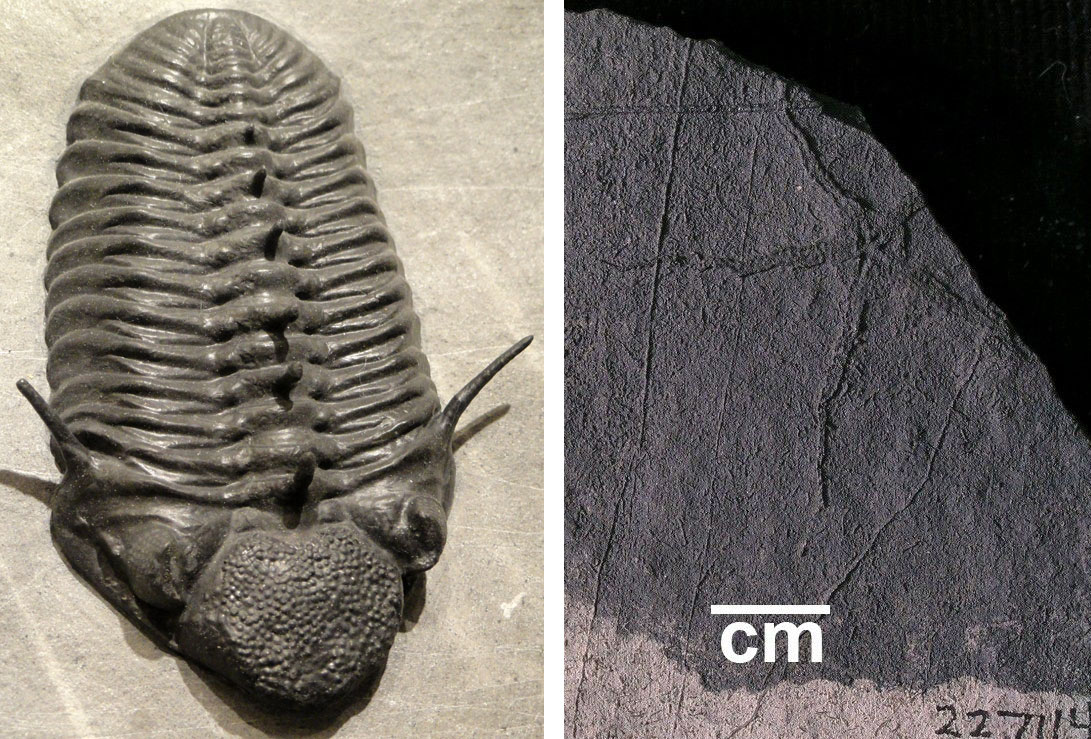 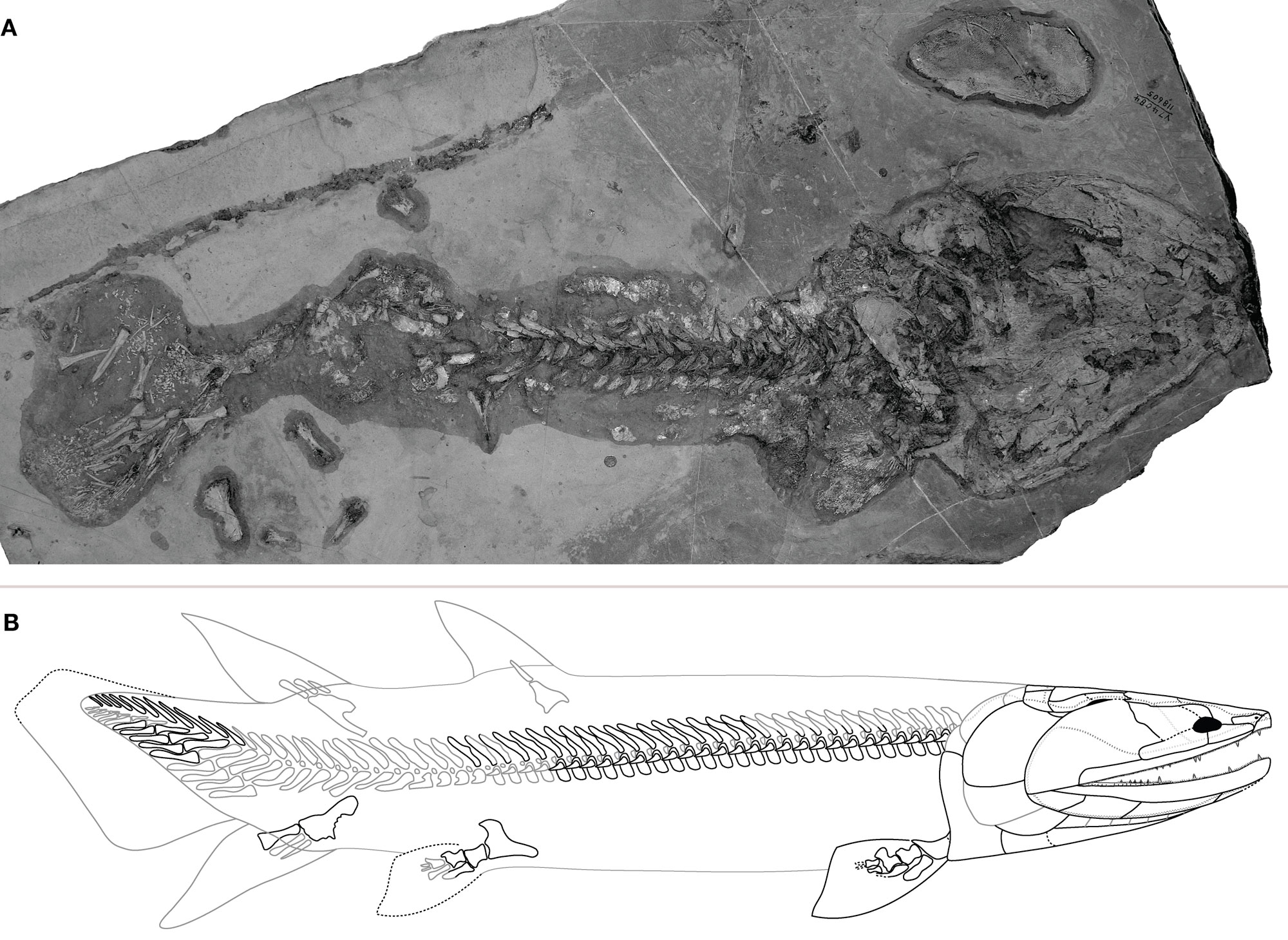 A fish (Tinirau clackae) related to tetrapods (land vertebrates) from the Devonian Red Hill beds, Eureka County, Nevada. Top (A): Photograph of the specimen, with the head towards the right and the tail towards the left. Bottom (B): Reconstruction of the animal showing features of the skeleton. Bones that were actually found are outlined in black, bones that are inferred are gray. Source: Images from Figure 2 in Swartz (2012) PLoS ONE 7(3) e33683 (Creative Commons Attribution License, image cropped, reconfigured, and resized).

After the Cambrian, archaeocyathids were replaced by reefs built by rugose and tabulate corals. Sponges, brachiopods, bryozoans (colonial filter-feeding animals that build calcium carbonate skeletons), and echinoderms were also part of the fauna. In deeper waters, planktonic graptolites (graptolites that live in the water column) were common. 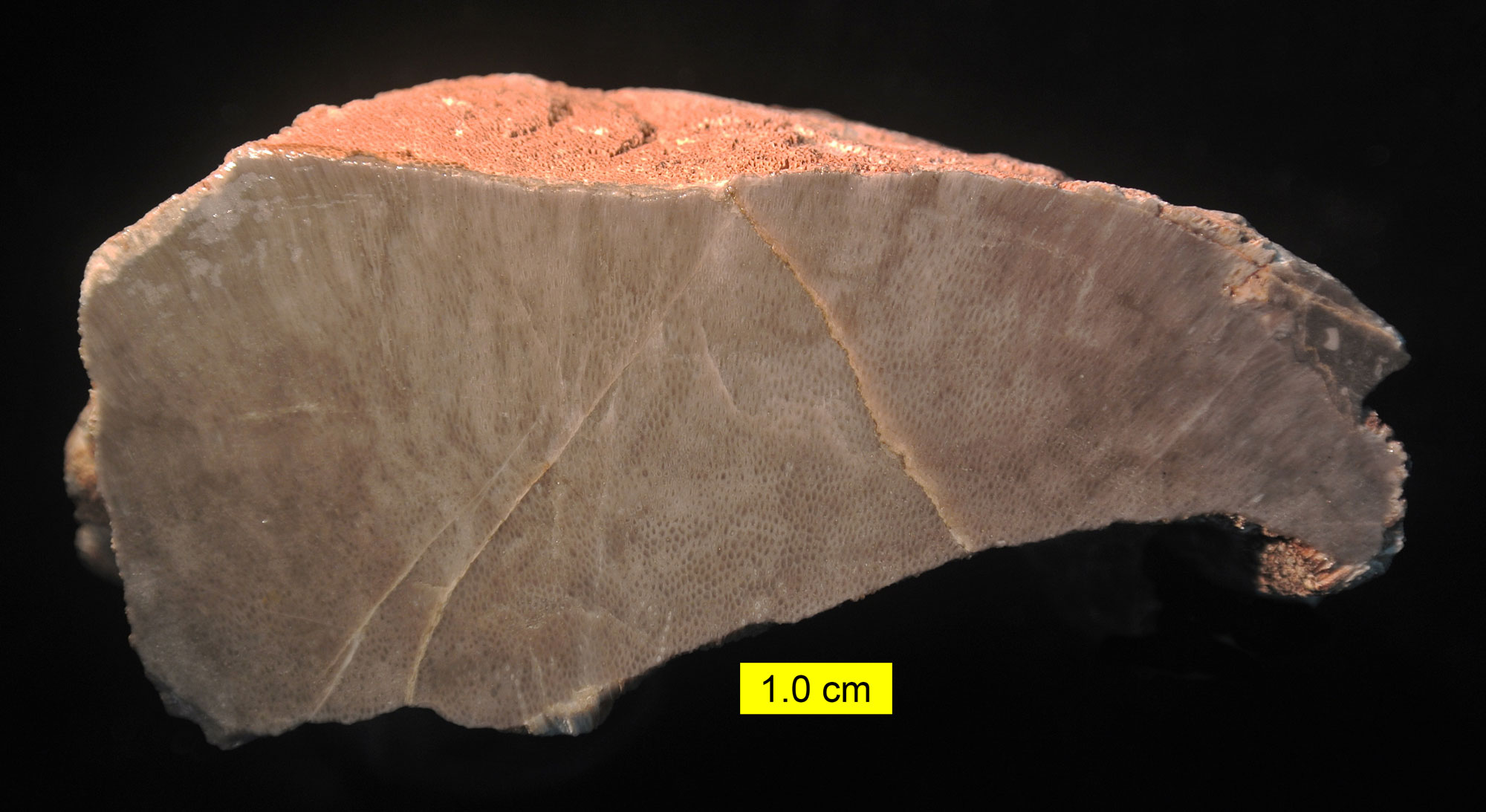 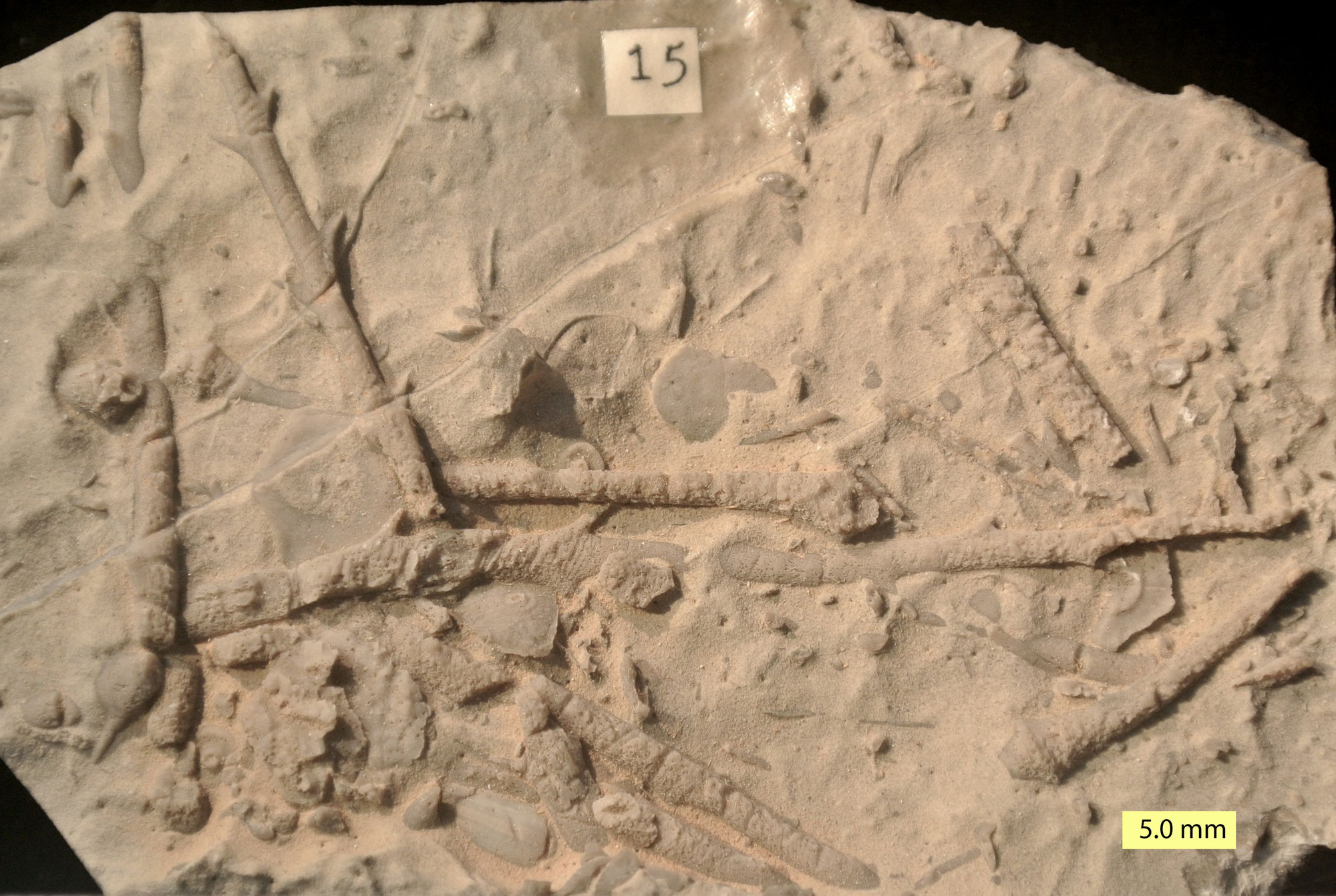 The Triassic and Jurassic rocks of Oregon testify to major global changes in marine life, especially when compared to the Paleozoic. The once-abundant brachiopods on the seafloor are gone, replaced by faunas composed primarily of burrowing bivalves and gastropods. Tabulate and rugose corals were replaced by scleractinian corals, which were building reefs in this region by the mid-Triassic.

Ammonoid cephalopods also diversified during the Triassic, and their fossils can be found in Oregon, California, and Nevada. Swimming with (and probably feeding on) these ammonoids were marine reptiles called ichthyosaurs.

Berlin-Ichthyosaur State Park is located in a lonely stretch of Nye County, Nevada. The ichthyosaur Shonisaurus popularis was first discovered in the region in the 1920s. Shonisaurus lived around 217 million years ago, while Nevada was still covered by the ocean. In contrast to Jurassic and Cretaceous ichthyosaurs, Shonisaurus (along with other early ichthyosaurs) is thought to have lacked dorsal fins. Shonisaurus was over 15 meters (50 feet) long and was the largest known ichthyosaur until 2004, when an even larger species was discovered in British Columbia.

At the state park, a shelter was build around a group of Shonisaurus skeletons which were exposed but left in place, where they can be viewed by visitors. Shonisaurus popularis is Nevada's state fossil. 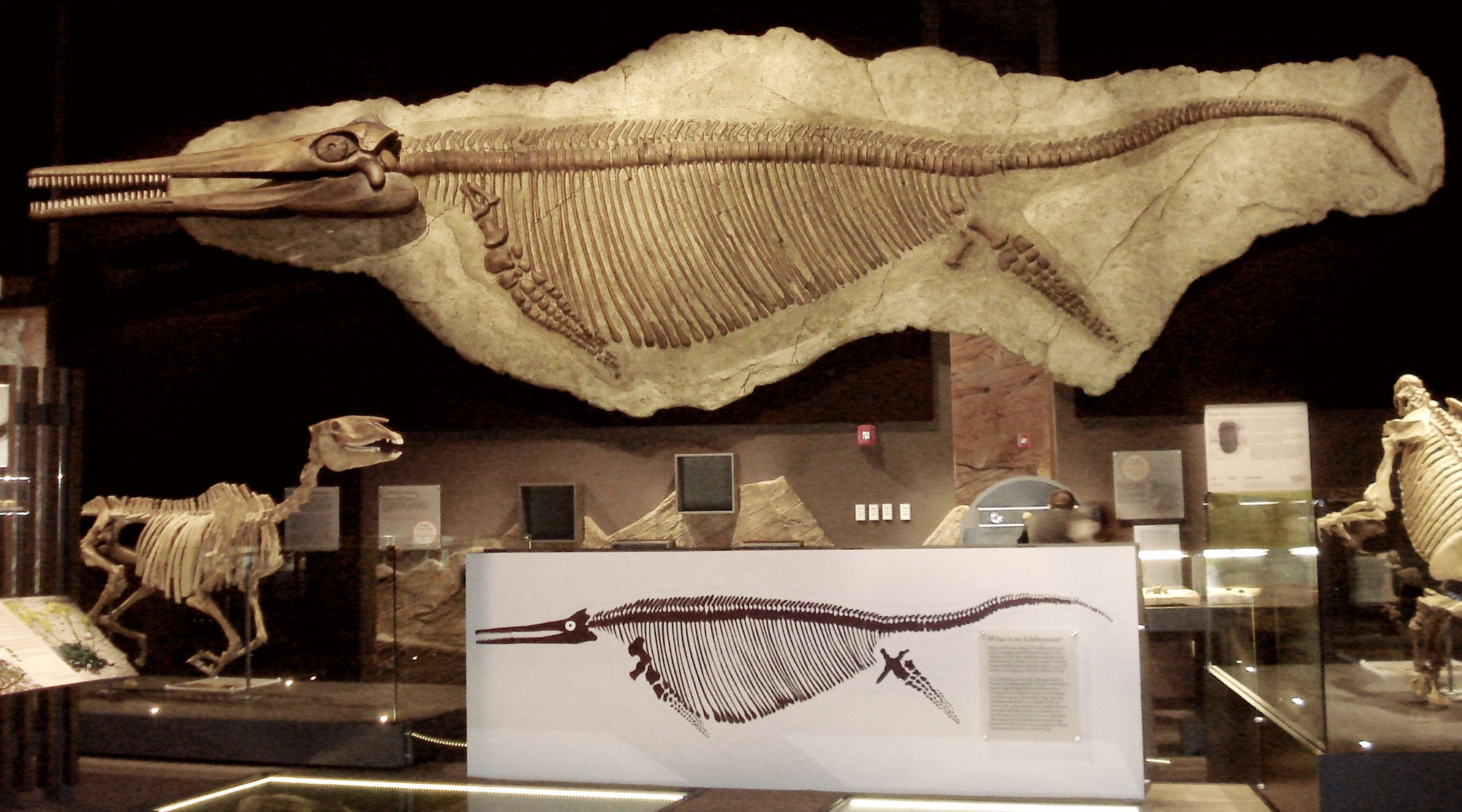 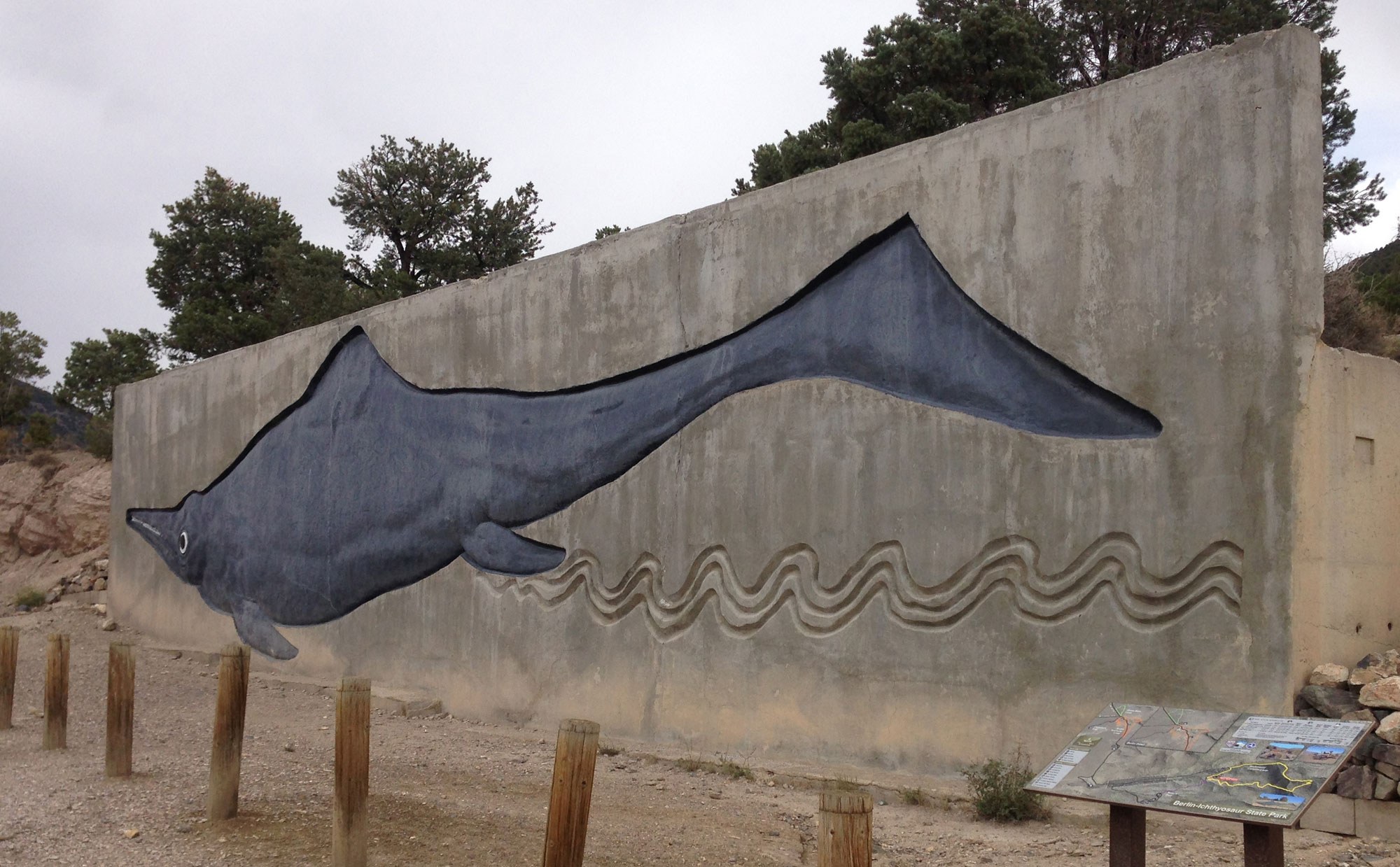 Nevada’s shallow seas persisted into the Jurassic and part of the Cretaceous, and remained inhabited by ammonoids and bivalve mollusks. In the northernmost part of the Basin and Range (northern California and southern Oregon), bivalves called rudists frequently formed reef-like mounds. Rudists became extinct with the dinosaurs and many other species at the end of the Cretaceous. The sea retreated during the Late Cretaceous, and the Basin and Range became entirely terrestrial.

Jurassic dinosaur tracks are known from the Aztec Sandstone in southern Nevada. Tracks have been found, for example, at Valley of Fire State Park, located at the northeastern end of Lake Mead, and in Springs Preserve, near Las Vegas.

Cretaceous dinosaur bones have been discovered in central and southern Nevada. In 2021, scientists announced a new Cretaceous dinosaur, Nevadadromeus schmidti. This dinosaur was found in Valley of Fire State Park and is the first dinosaur known exclusively from Nevada.

During the Paleogene, the region was home to mammals. Petrified wood is also found. 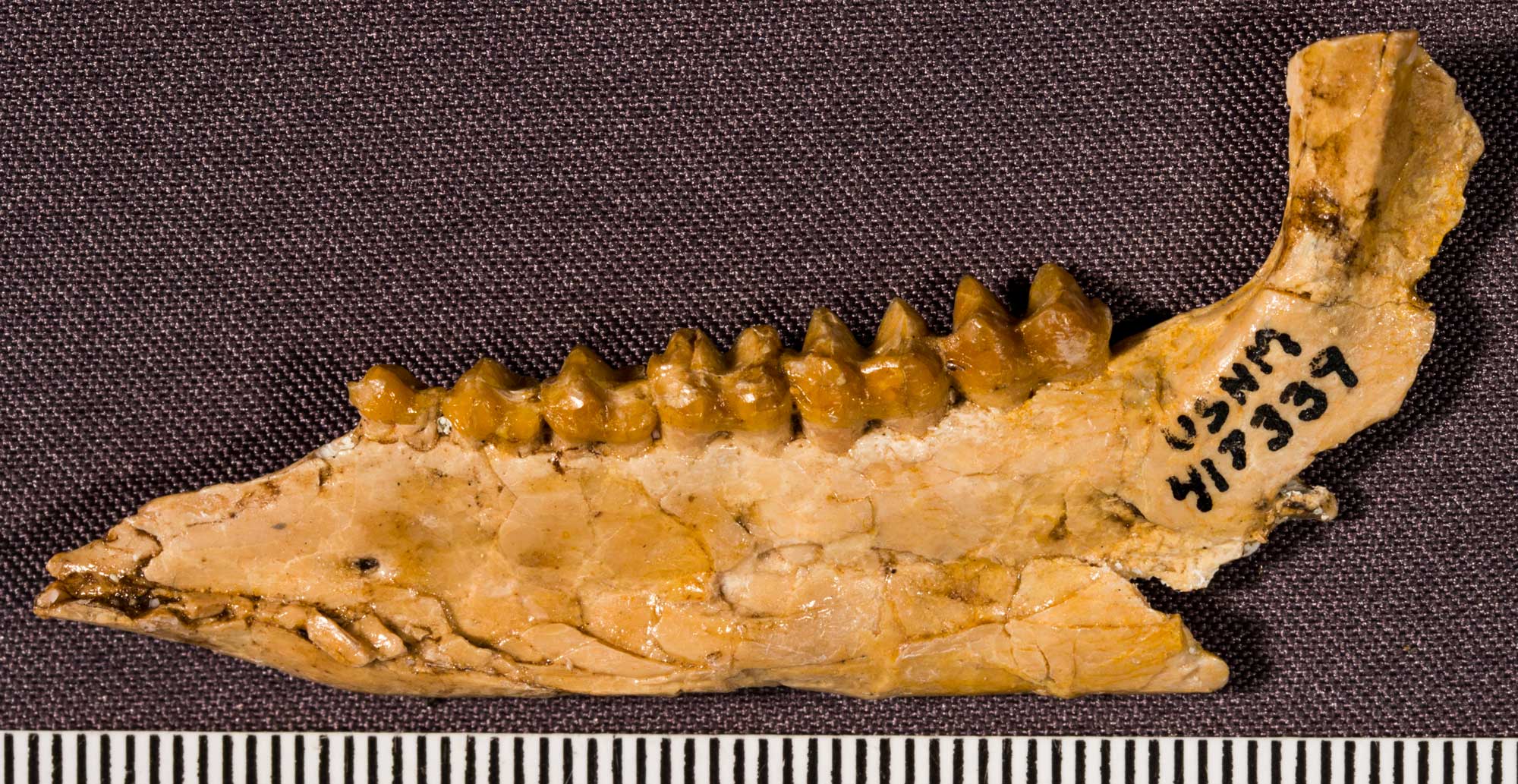 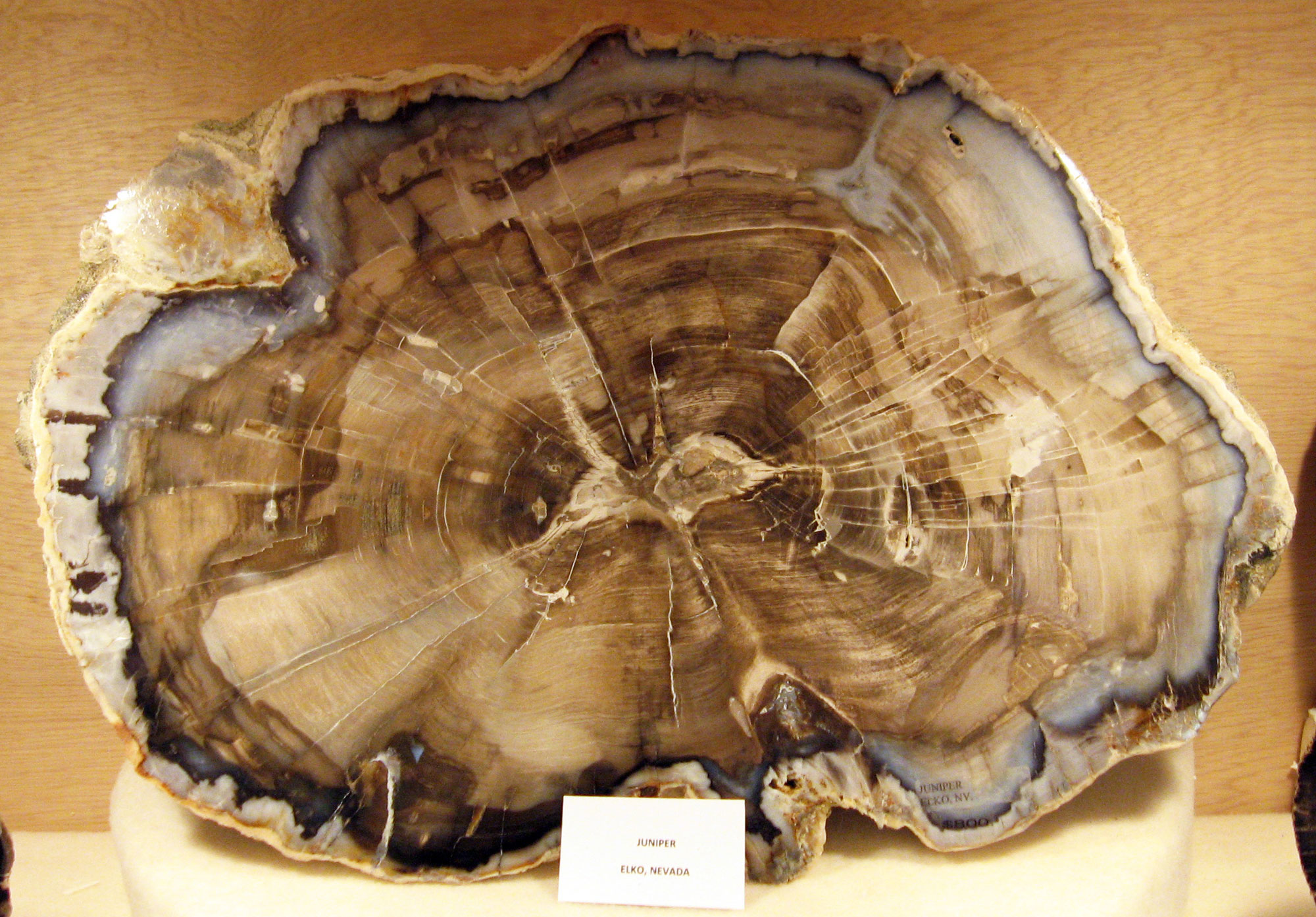 During the Neogene, the region was home to diverse and abundant mammals such as camels, mammoths, and rhinoceroses. Freshwater lakes dotted the area and were inhabited by fish such as sticklebacks, Nevada killifish, and topminnows. In Death Valley National Park, California, Pliocene-aged fossil mammal and bird tracks have been found in the Copper Canyon Formation. 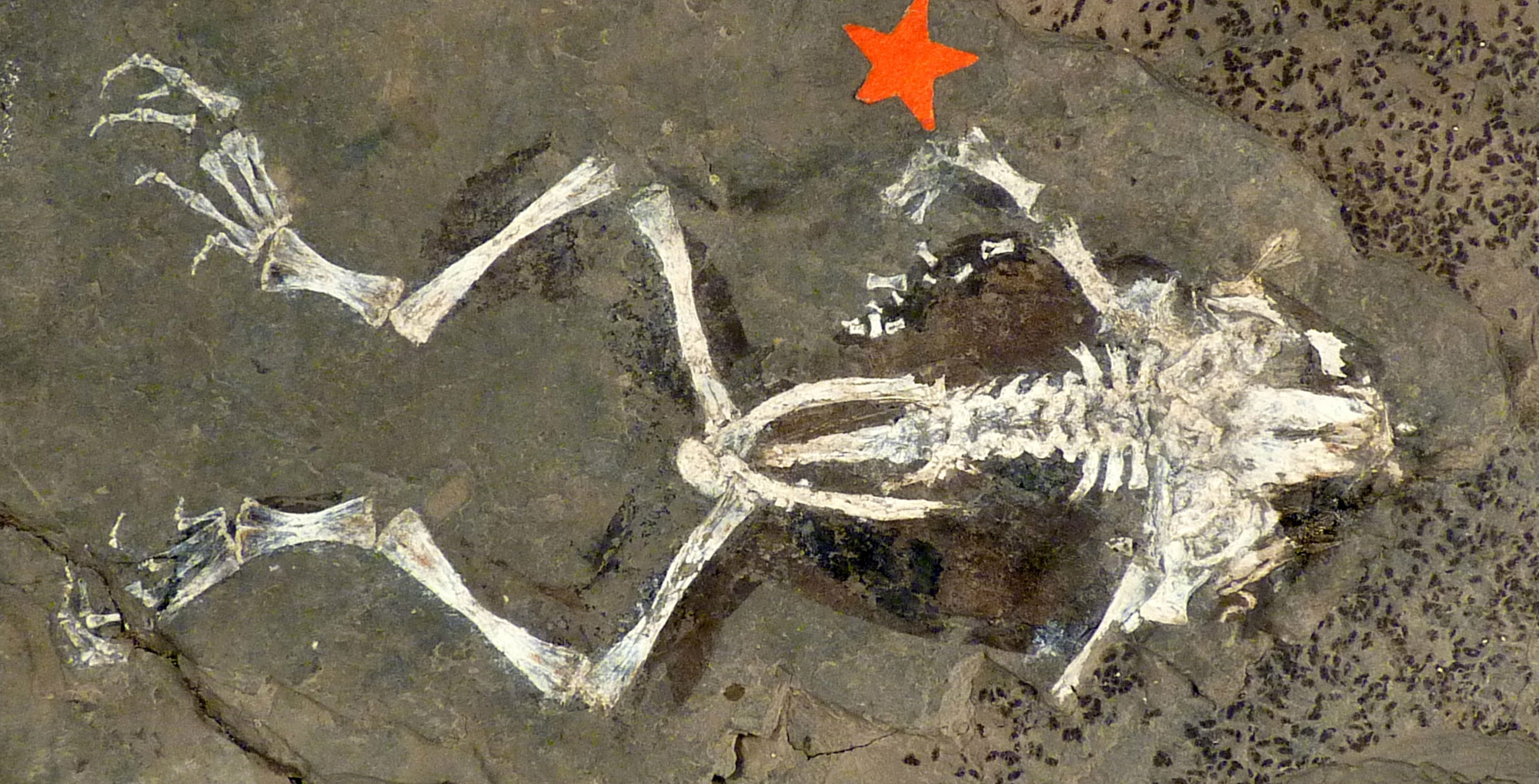 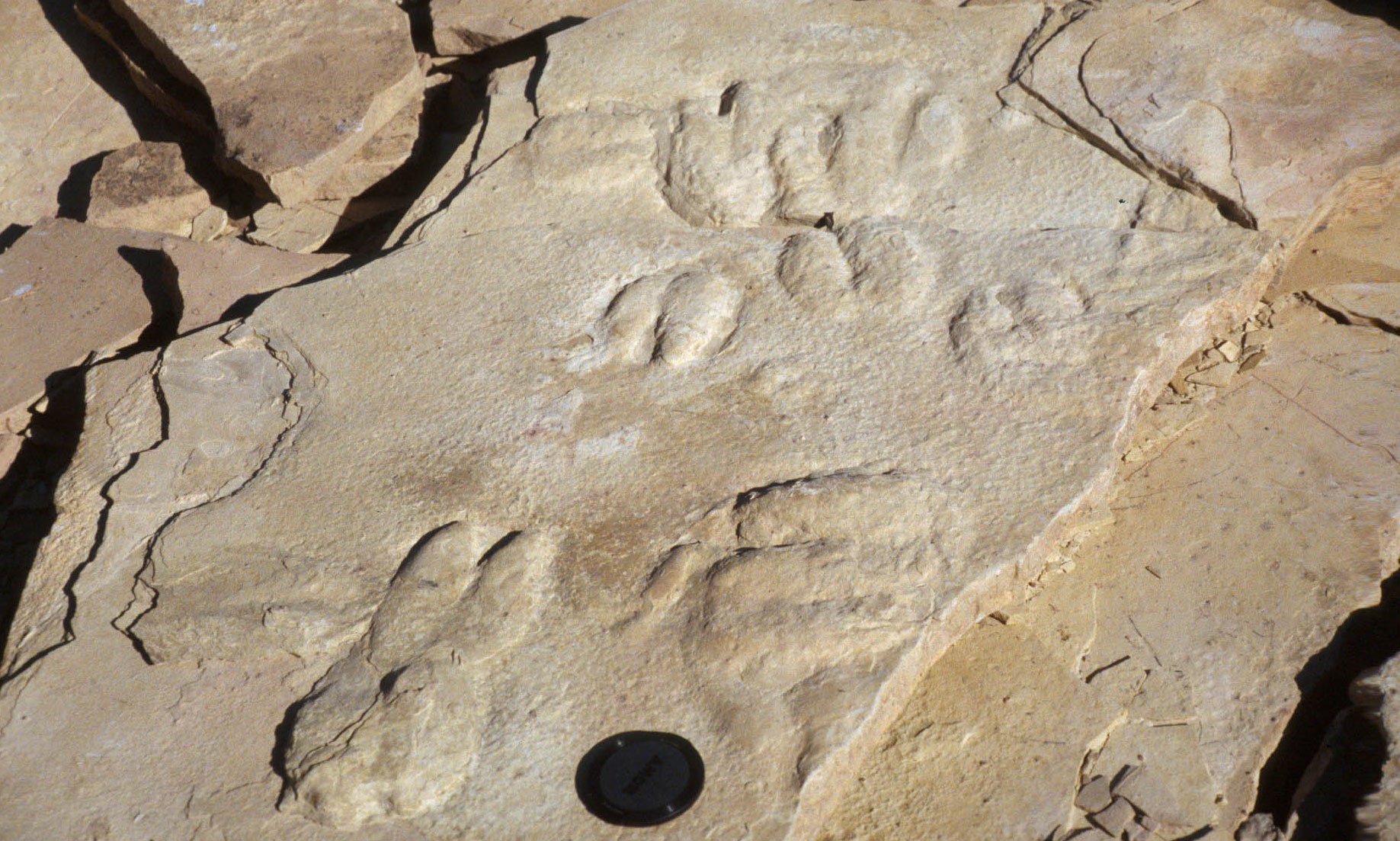 During the last glacial period (Pleistocene), southern Oregon was home to many species of large and now-extinct mammals, including Arctodus, the giant short-faced bear, which was 1.8 meters (6 feet) tall at the shoulder with 25- centimeter-long (10-inch-long) paws. Alongside these massive mammals lived Teratornis, a giant vulture with a wingspan of up to 3.8 meters (12.5 feet); the modern California condor, the largest living bird in North America, has only a 2.7-meter (9-foot) wingspan.

Tule Springs Fossil Beds National Monument and Ice Age Fossils State Park are located in Tule Springs just outside of Las Vegas in Clark County, Nevada. The site was first discovered in 1933, and large excavations were carried out in 1962 to 1963 and 2004. The 1962 to 1963 project was called the "Big Dig," a project in which giant trenches were dug in order to investigate whether humans lived at Tule Springs at the same time as the Pleistocene animals found at the site. They did not. Nevertheless, the Big Dig marks an important milestone in science, because it was the first major North American paleontological investigation to use radiocarbon (carbon-14) dating to determine the ages of fossils. The site was designated as a national monument in 2014 to preserve the significant deposit of Pleistocene fossils in the area.

National Parks in the History of Science: Radiocarbon Dating. A video about radiocarbon dating and its use in the 1960s to investigate Tule Springs. Video by National Park Service. 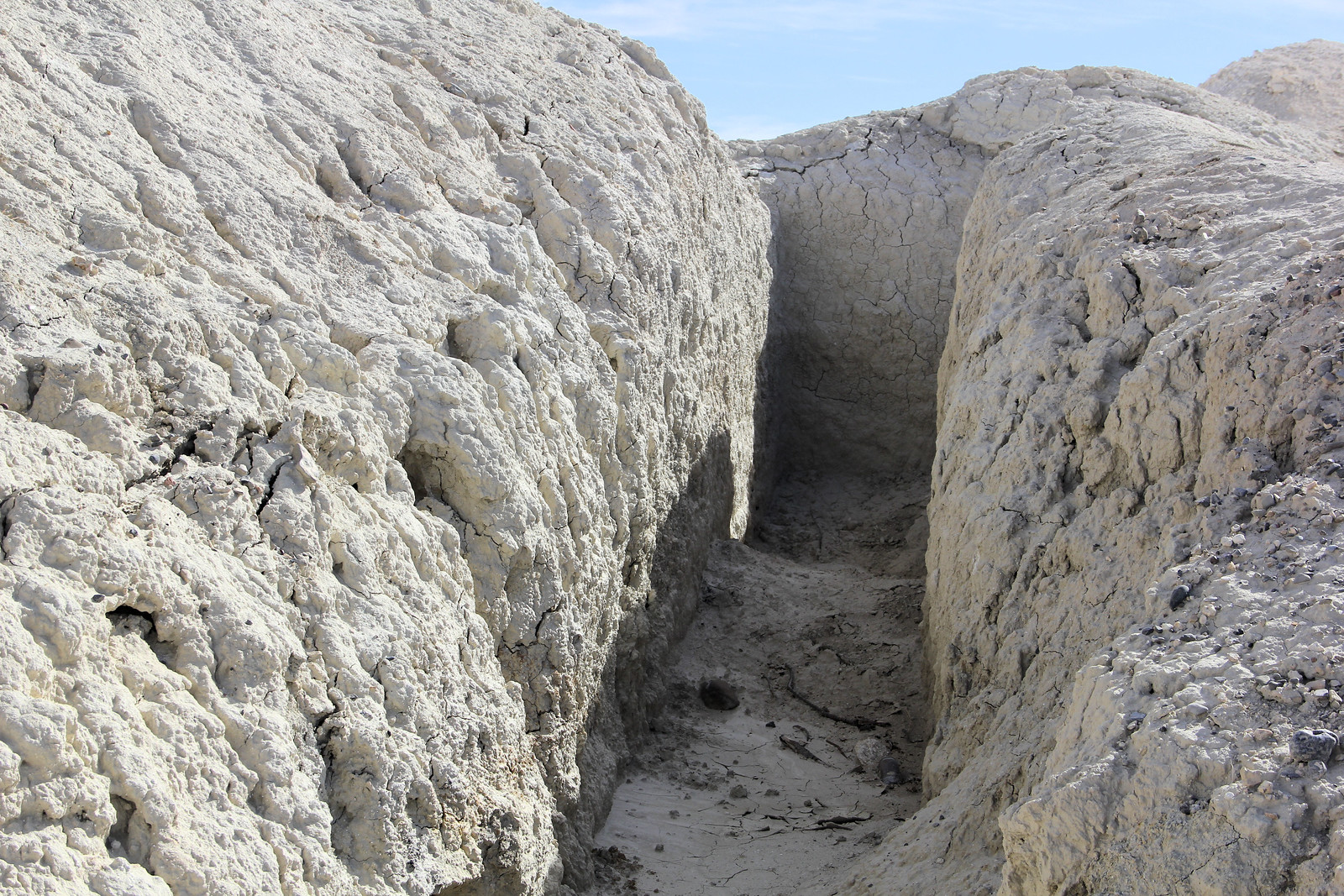 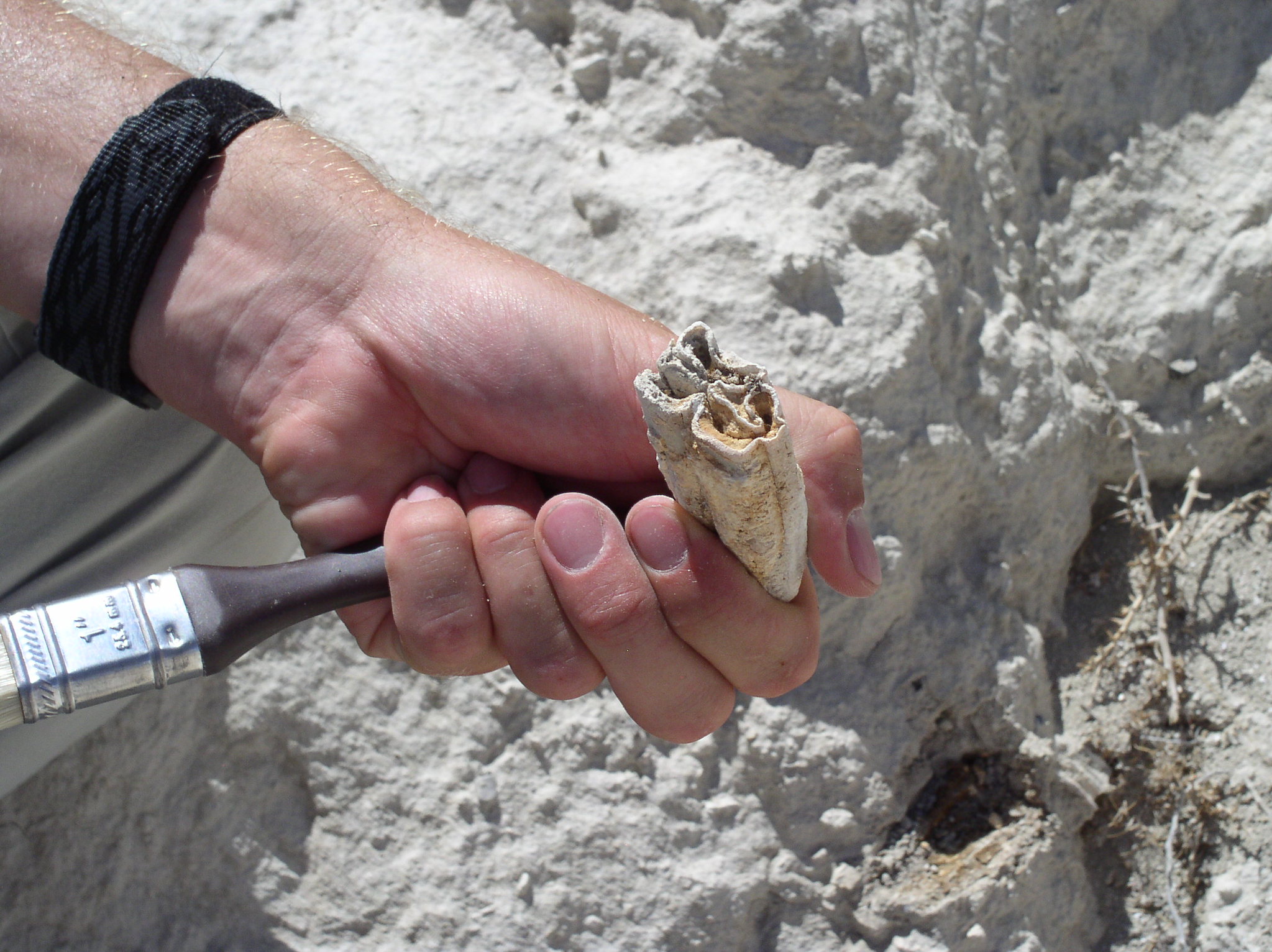 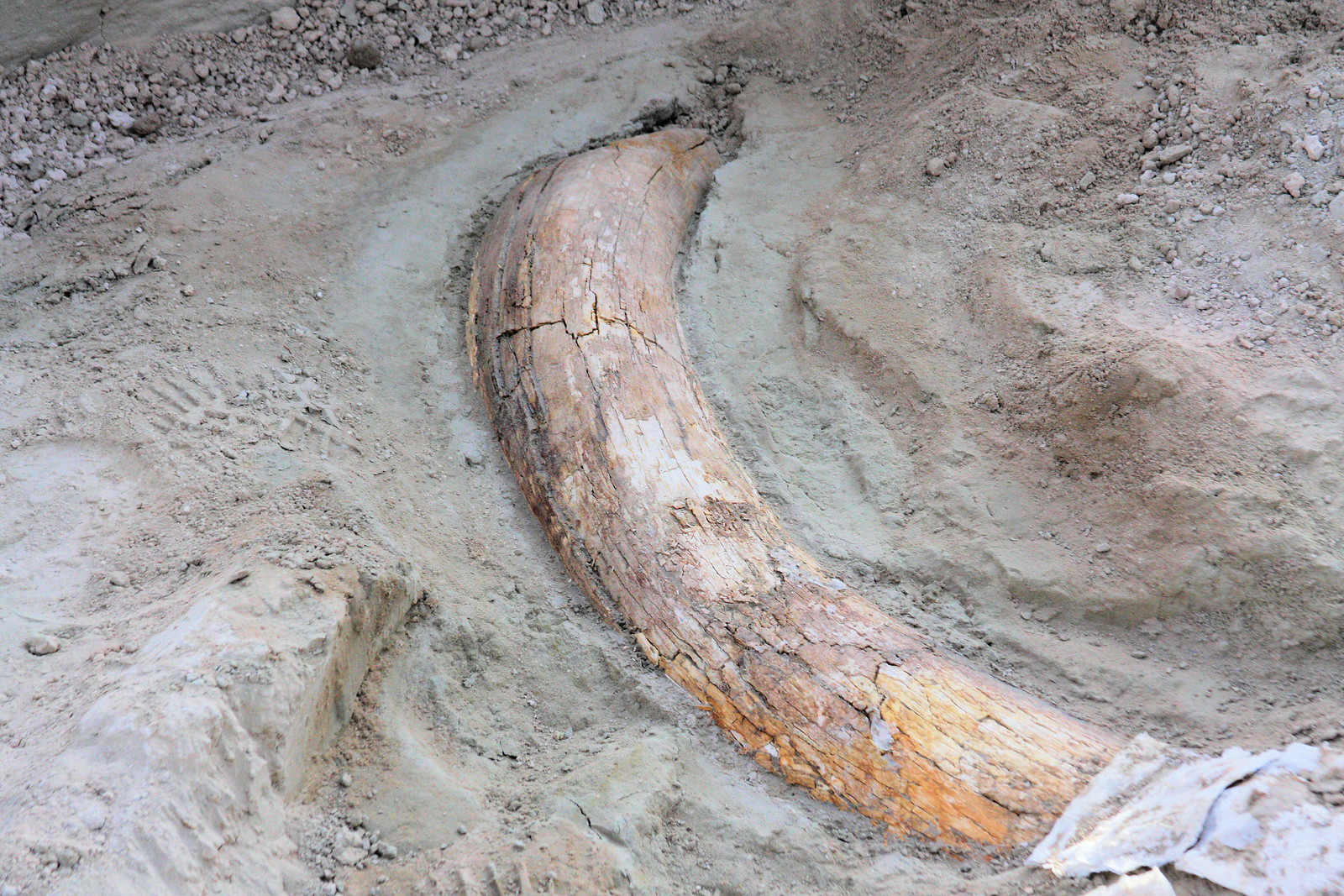