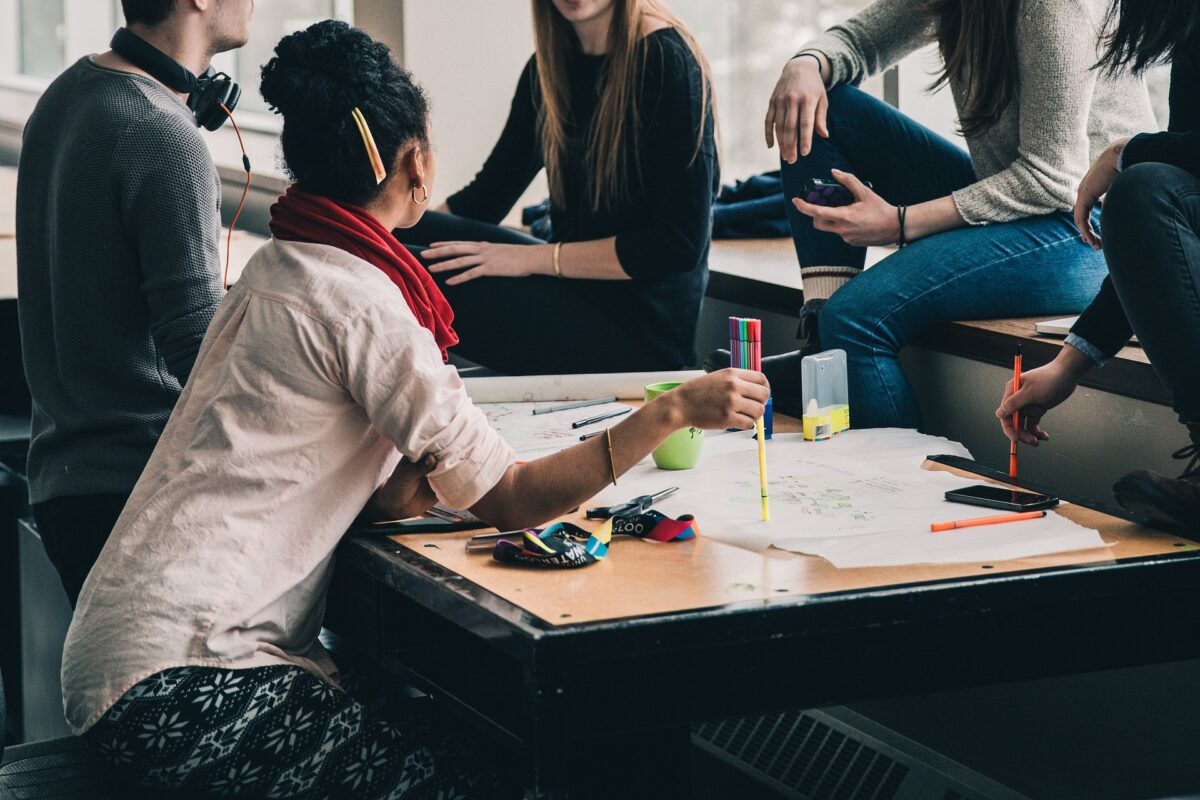 Image above by StockSnap via Pixabay

A high school is in a region that is experiencing more intense heat waves, especially during June when classes are wrapping up and students are taking final exams. The school has inadequate cooling systems, and people are concerned about heat-related illness affecting the staff and students. Several students have already been taken to the hospital, suffering from heat stress.

The administration is considering several options to deal with extreme heat. Evaluate the costs and benefits of each option, and come up with a recommendation for what action(s) to take based on this analysis. You can add options that are not listed here. 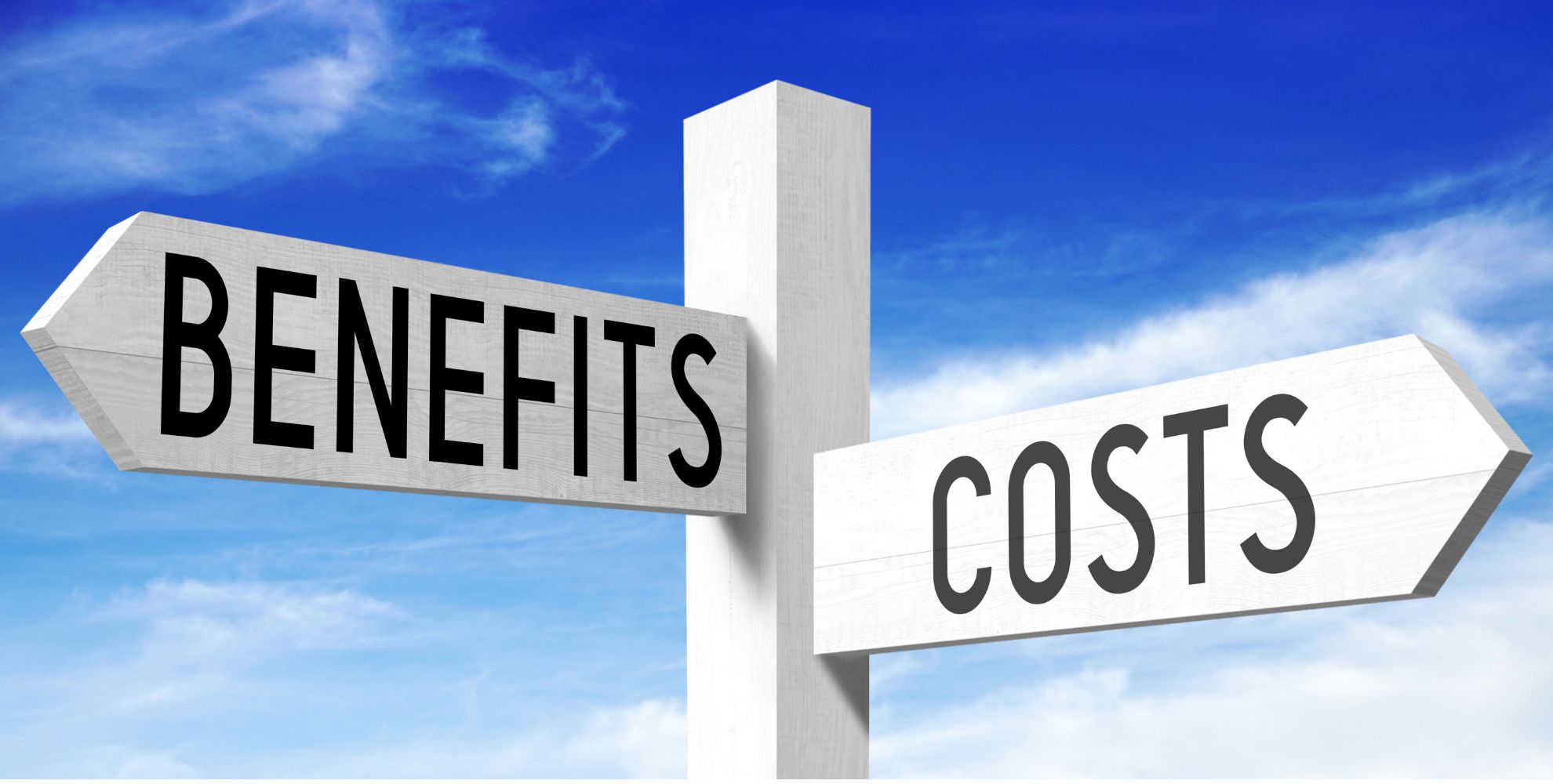 Essential and non-essential uses of water

What are examples of essential and non-essential uses of water? Consider households, cities, farms, and non-agricultural businesses or industries (including energy producers). Have the students research the proportion of water use for residential, commercial, and agricultural purposes in their state.

One possible source of data is the U.S. Environmental Protection Agency. See their websites on water use and state water facts: 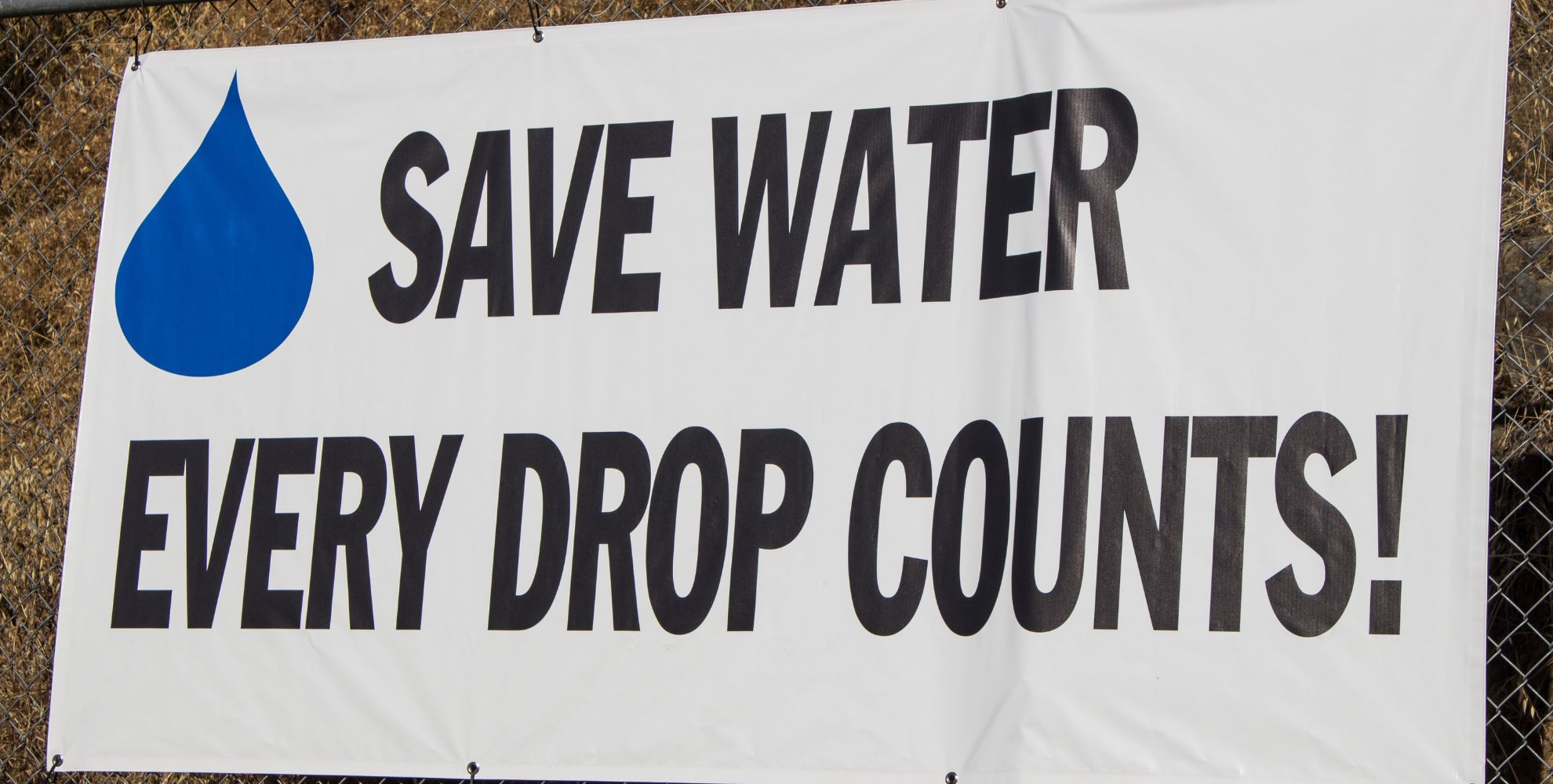 This activity was created by the Interaction Institute for Social Change and the Center for Story-based Strategy, and it uses an artist's illustration of a metaphor for the concepts of equality, equity, and justice.

The activity is called The 4th Box, and it presents the illustration below which includes an an empty fourth box for participants to fill in with their own ideas. These ideas could focus on a story connecting the different boxes, the fence and the assumptions behind its presence, an illustration of today's situation, and many other concepts. A teaching toolkit is freely available from the Center for Story-based Strategy, in both English and Spanish. The toolkit contains suggestions for discussion topics and tips for facilitation. 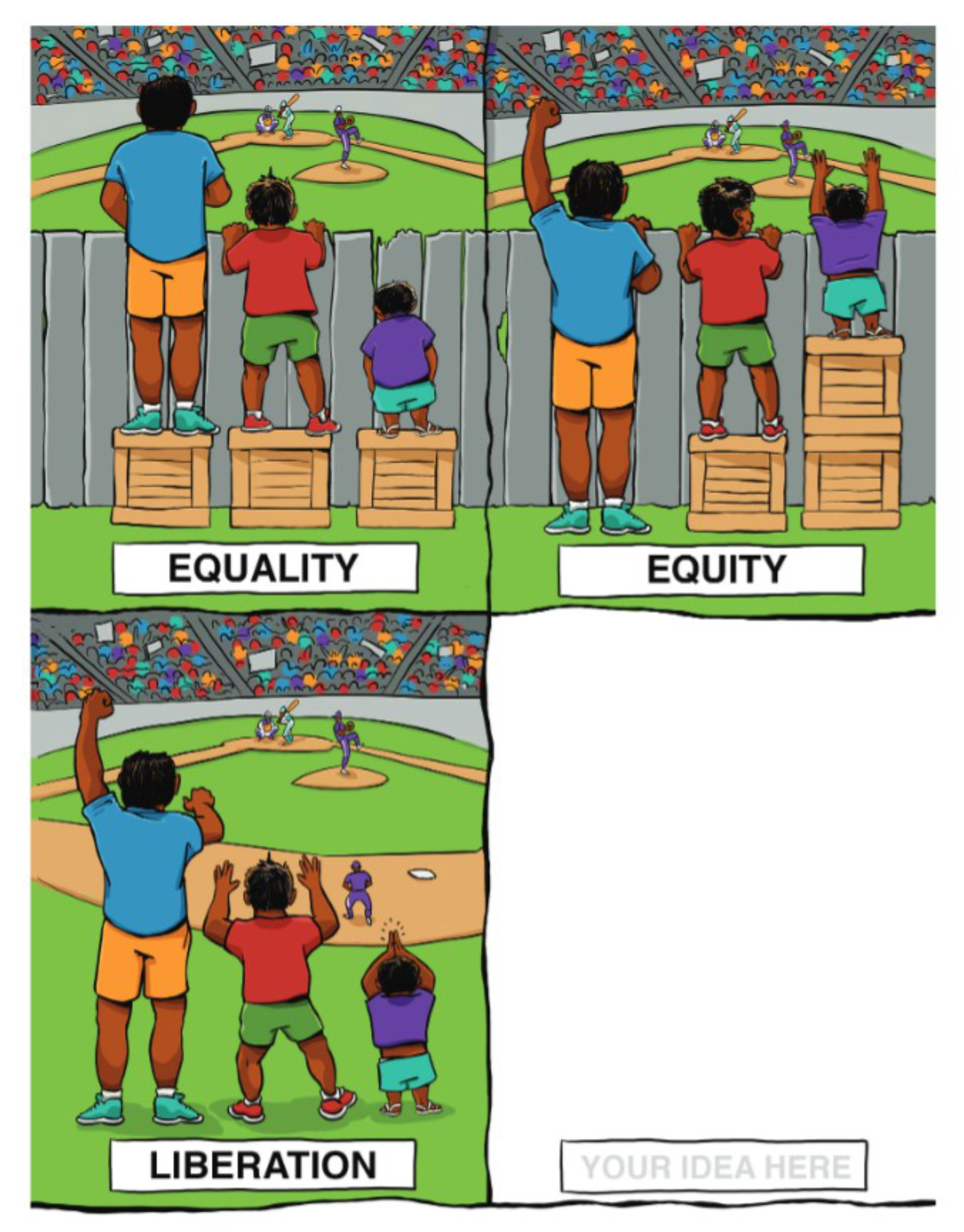 The CO₂ emissions data in this exercise come from OurWorldInData.org, which uses data from the Global Carbon Project. The emissions are from fossil fuels and industry, but do not include emissions from land use change. Please note that the world's energy systems are changing very rapidly, so if you use this activity it is worthwhile to look up the latest data.

Per capita emissions (amount of CO₂ emitted per person) by country from 2017 have a different profile: 1) Qatar, 2) Trinidad and Tobago, 3) Curacao, 4) Kuwait, and 5) Brunei. Why might this be? Consider the population sizes of these countries and their large industries.

For countries with large populations (over 25 million people), per capita CO₂ emissions from fossil fuels and industry are shown in the graph below and ranked as follows: 1) Saudi Arabia, 2) Australia, 3) U.S.A., 4) Canada, and 5) South Korea. China and India, two of the top 5 total emitters, had per capita emissions of 5.2 and 1.1 metric tons/person, respectively.

The countries with the lowest per capita emissions in 2017 are all in Africa, as shown in the graph below (note the change in vertical axis scale compared with the previous two graphs), and the world map below the graph. These countries are 1) Democratic Republic of Congo, 2) Somalia, 3) Central African Republic, 4) Burundi, and 5) Chad.

Putting this in perspective, per capita emissions in the U.S. are over 500 times larger than those of the Democratic Republic of Congo. Another way to look at this is that on average, an American’s release of CO₂ in a day is 0.04 metric tons (=16 metric tons/year ÷ 365 days/year). So it takes an American, on average, only one day to release the amount of CO₂ that the average Somalian releases in a year. 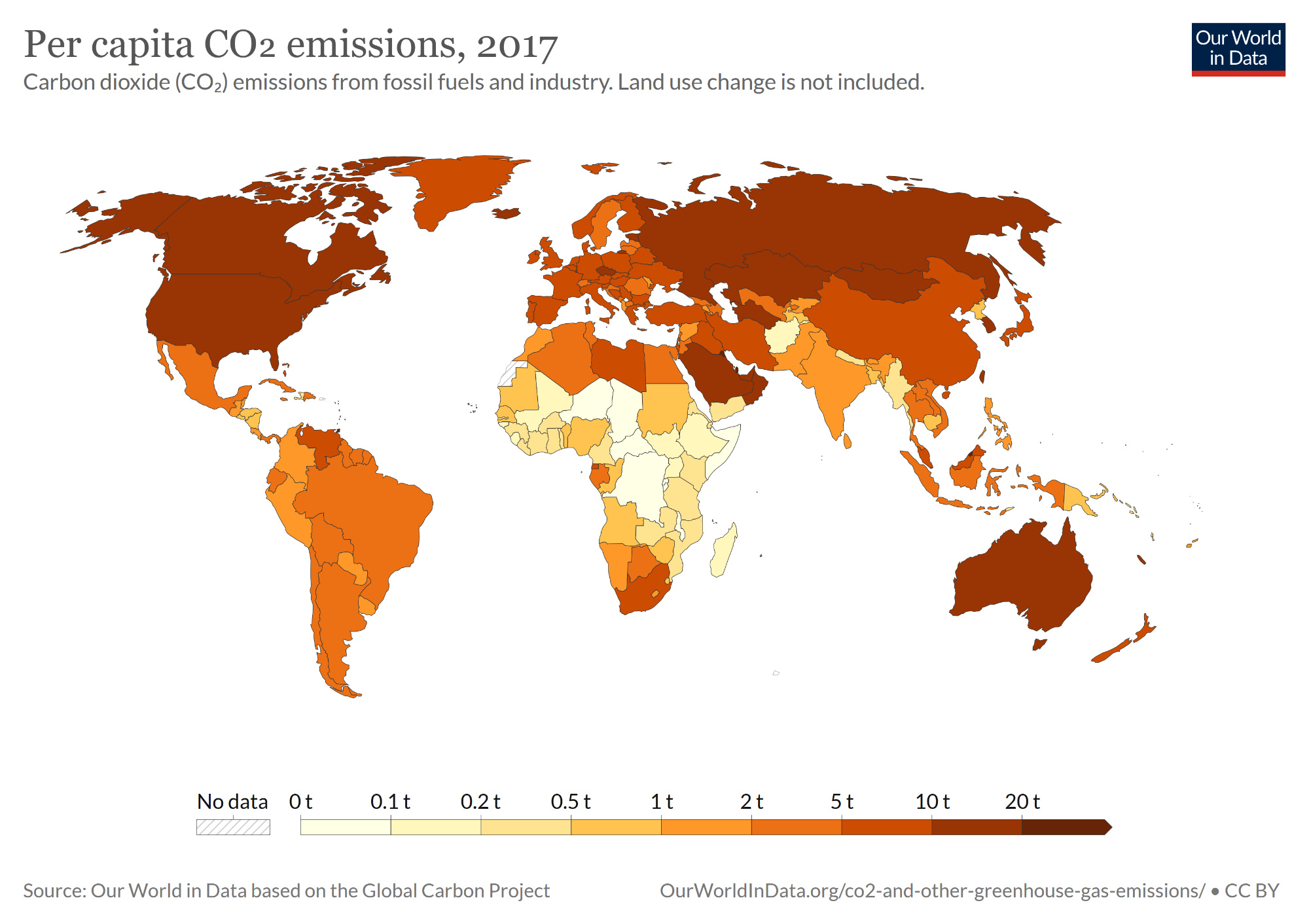 Map: OurWorldinData.org based on the Global Carbon Project (CC BY 4.0)

Finally, the rankings for cumulative emissions from 1751 to 2017 are as follows: 1) U.S.A., 2) European Union, 3) China, 4) Russia, and 5) Japan. These countries have released the most CO₂ into the atmosphere since the beginning of the Industrial Revolution.