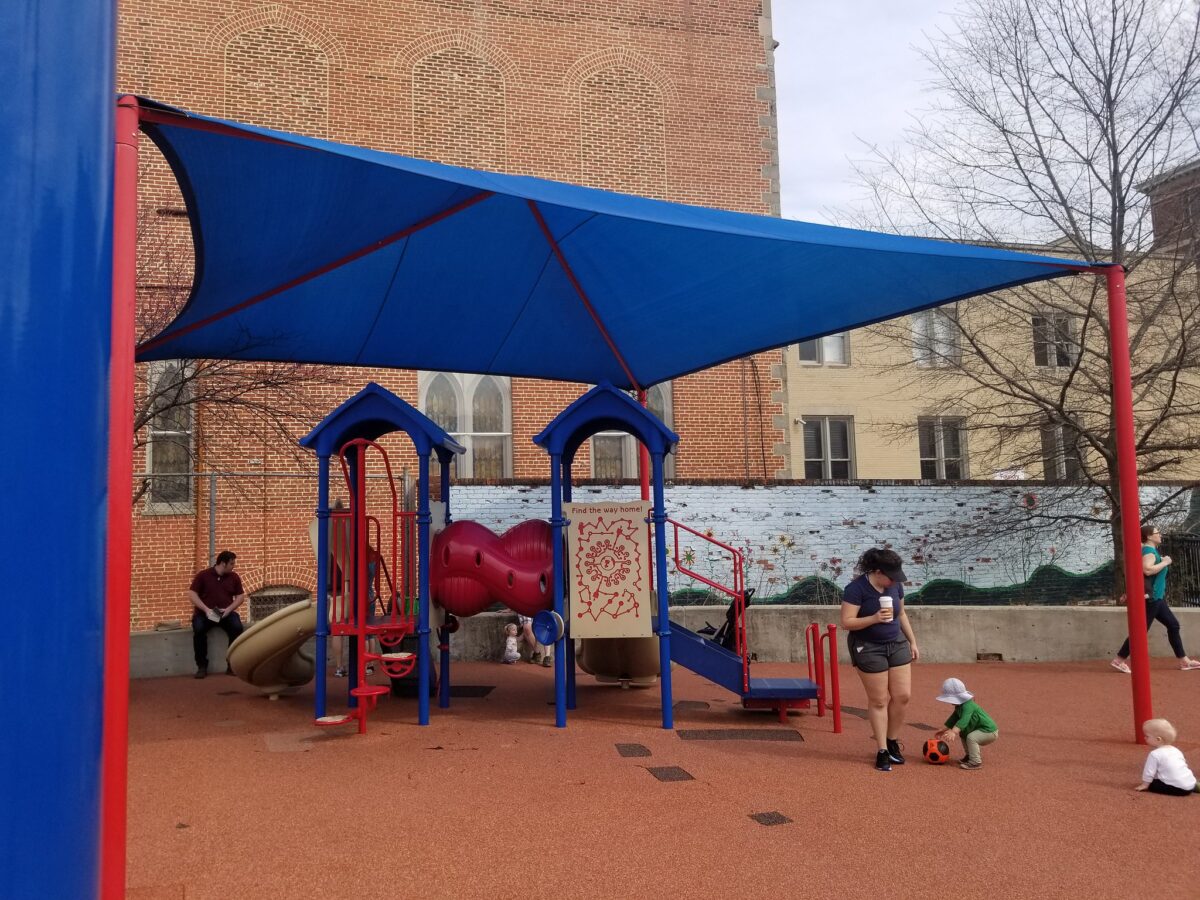 Image above of shaded playground in Stead Park, Washington, DC by BeyondDC via Flickr (CC BY-NC 2.0)

In 2021, the Earth’s average surface temperature was 1.1˚C (2˚F) higher than its temperature averaged over the baseline period of 1880-1910. And we keep breaking records. The first twenty years of this century have contained nineteen of the hottest years on record globally. This heating is mostly a result of anthropogenic emissions of carbon dioxide (CO₂), although our emissions of other greenhouse gases also play an important role. Because of this heating, we are facing an increase in climate hazards, and when we plan for the future we can no longer assume a stable climate or the same climate that we experienced fifty years ago. We need to adapt to a changing climate to reduce our vulnerability to hazards such as deadly storms, extreme heat, drought, and flooding. 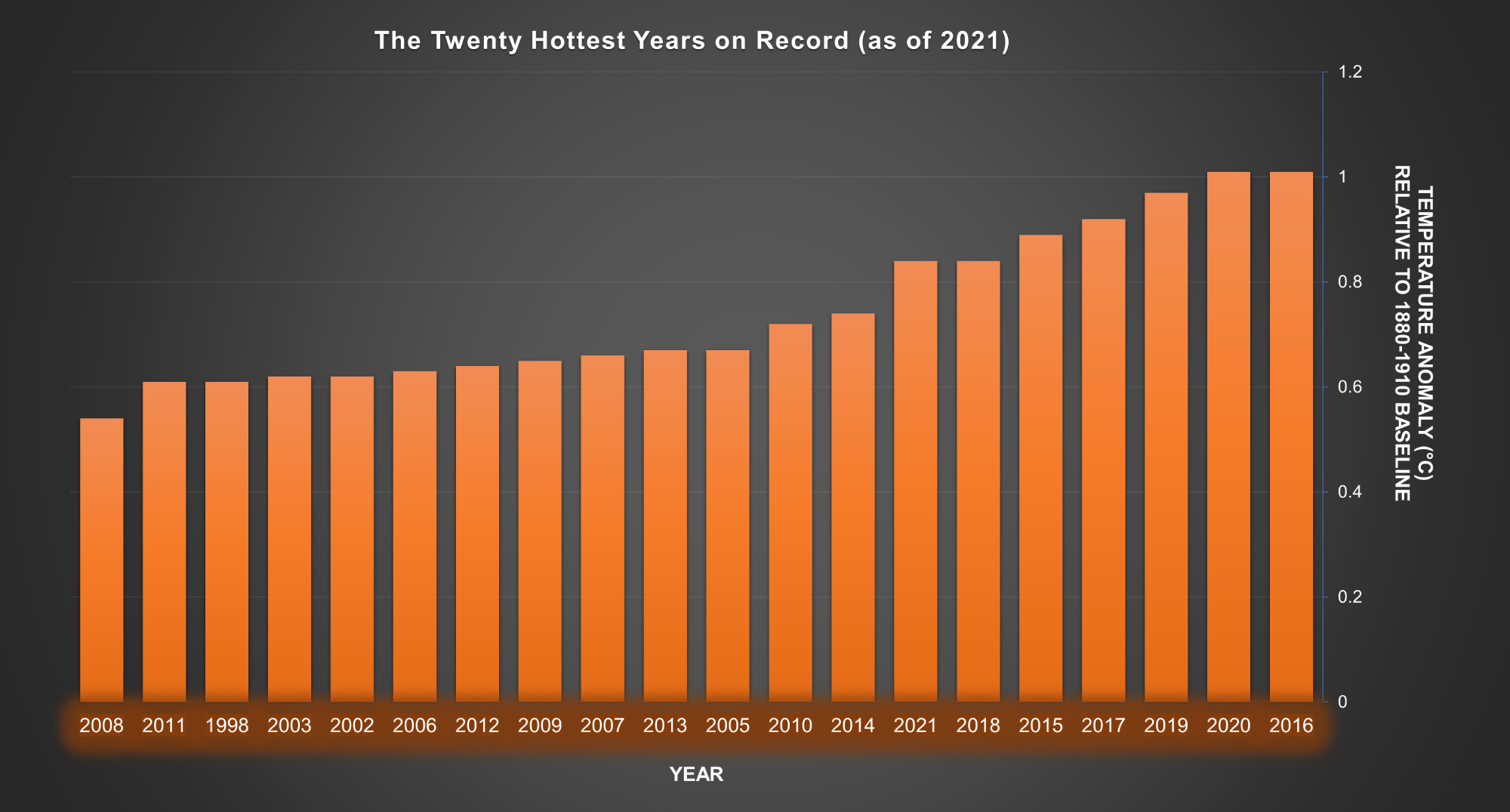 The twenty hottest years on record (global) as of 2021. All the record years but one (1998) are in the 21st century. Figure created by Ingrid Zabel for PRI's [email protected] project (CC BY-NC-SA 4.0 license).

Most of the CO₂ that we emit will remain in the Earth's atmosphere—and continue to raise the Earth’s temperature—for hundreds of years, unless we invent and implement ways to draw it down dramatically.  If we take rapid, ambitious action to reduce our greenhouse gas emissions and remove atmospheric carbon dioxide now, scientists have concluded that “the slowing down of global surface warming would be detectable after about twenty to thirty years.” [Intergovernmental Panel on Climate Change (IPCC), 2021] Sea level, however, is projected to continue to rise for hundreds of years because the ocean has absorbed over 90% of the excess heat in the atmosphere, and the ocean responds very slowly to this input of energy. Even if we succeed at dramatically reducing our greenhouse gas emissions, we will have to deal with the impacts of the CO₂ that we have already emitted. These impacts are often described as being “in the pipeline,” meaning that we are already committed to these changes and while we can’t stop them, we can adapt to them. 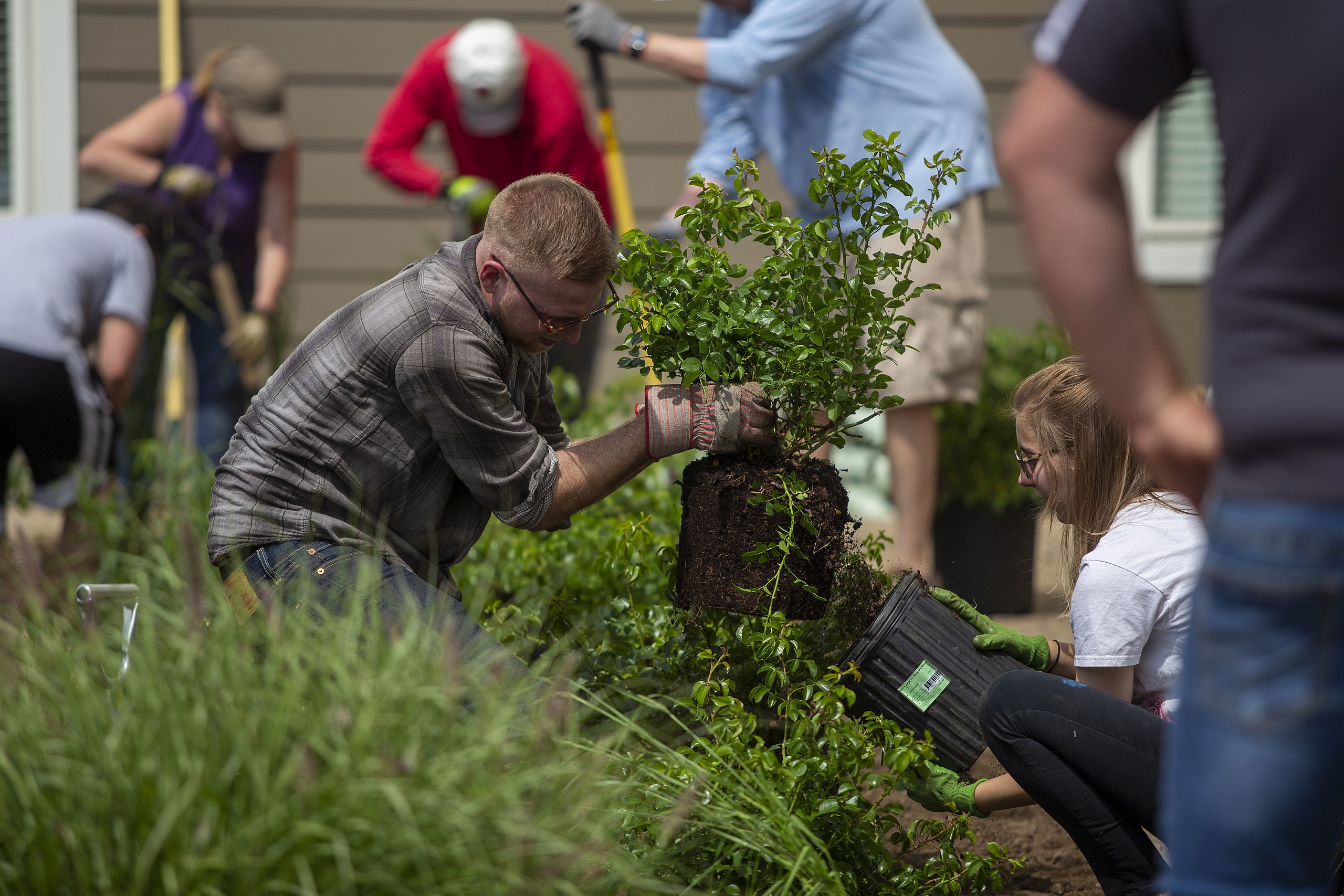 Next: The Costs and Benefits of Adaptation
Return to Beginning