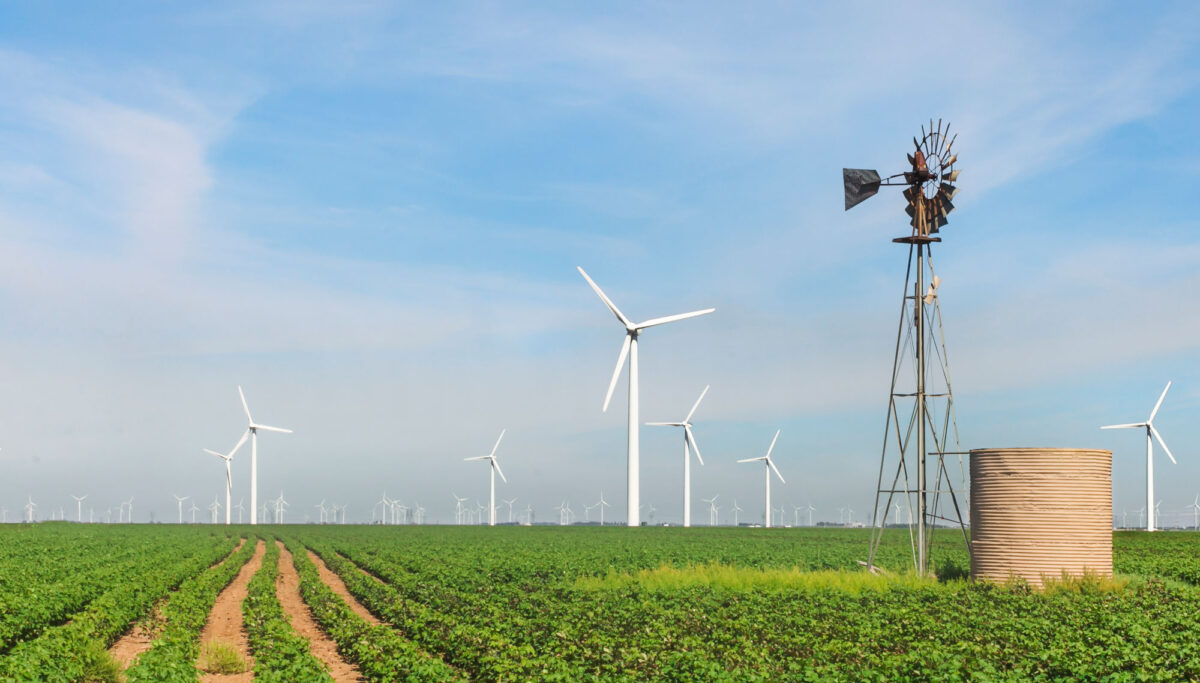 Page snapshot: Introduction to energy in the Great Plains and Basin and Range regions of the south-central U.S., including fossil fuels and renewable energy.

Credits: Most of the text of this page is derived from "Energy in the South-central US" by Carlyn S. Buckler and Robert M. Ross, chapter 7 in The Teacher-Friendly Guide to the Earth Science of the South Central US, edited by Mark D. Lucas, Robert M. Ross, and Andrielle N. Swaby (published in 2015 by the Paleontological Research Institution; currently out of print). The book was adapted for the web by Elizabeth J. Hermsen and Jonathan R. Hendricks in 2022. Changes include formatting and revisions to the text and images. Credits for individual images are given in figure captions.

The Great Plains region contains extensive oil and gas resources, specifically from the Hugoton-Panoma gas fields across the northern end of the region and the Permian Basin in Texas. Wind energy is also a major component of power generation in the Great Plains, and some of the largest wind farms in the world are located here.

The sparsely population Basin and Range region in Texas is bordered by the Rio Grande and the Davis and Glass mountains. This region has very little resource development. Some natural gas is extracted from older Paleozoic rocks near the Pecos River, and two small wind farms produce energy in the Sacramento and Hueco Mountains. 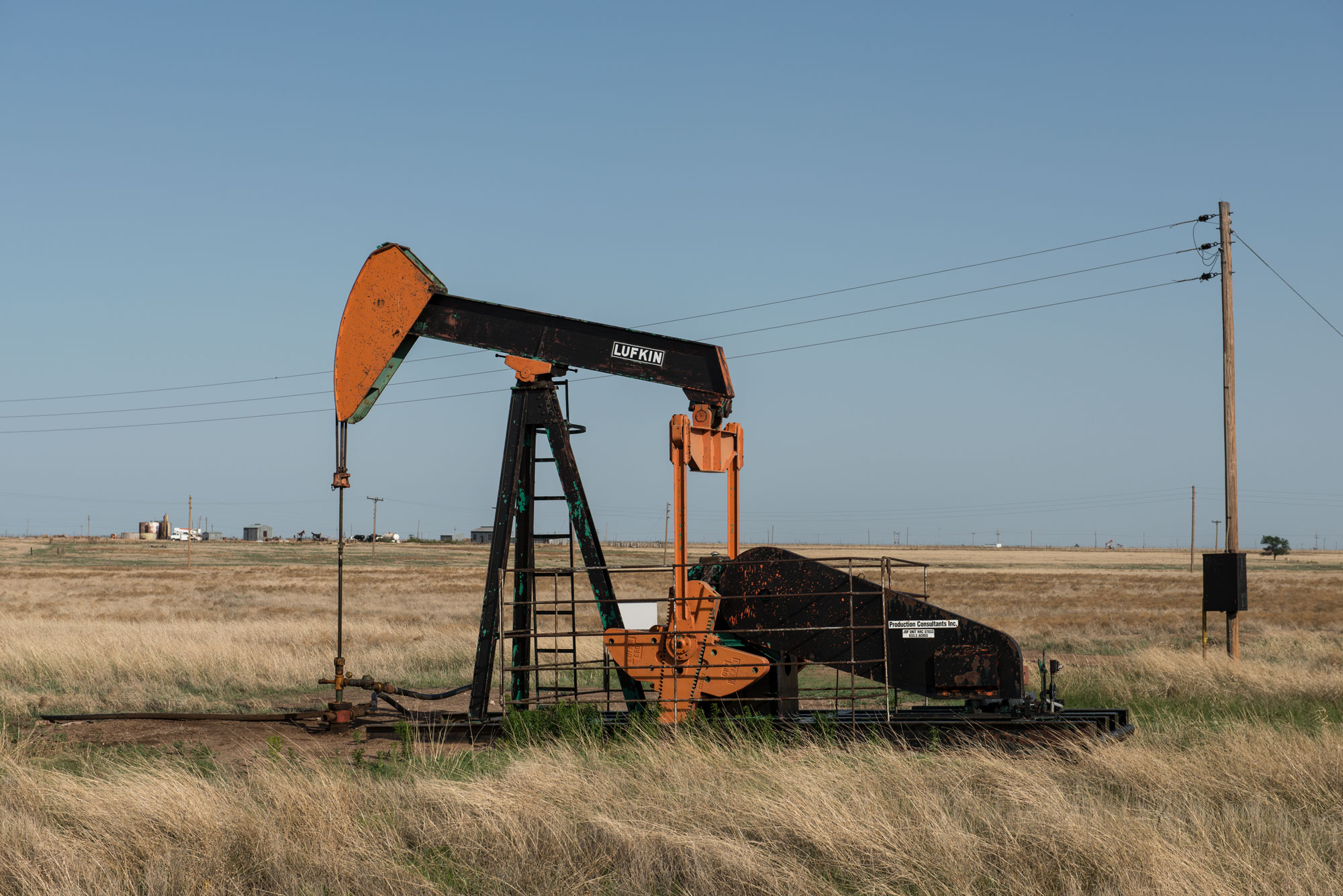 At its southern end in Texas, the Great Plains region contains the Permian Basin, which extends beneath an area approximately 400 kilometers (250 miles) wide and 480 kilometers (300 miles) long. During the Permian, western Texas was covered by an inland sea that featured an ecologically diverse reef system of sponges, algae, bryozoans, and brachiopods. The basin’s reservoir rocks are formed from an extensive, porous framework of preserved limestone and dolostone reefs, formed in a shallow marine setting when the basin was isolated from the accumulation of weathered sediments. Organic-rich shales that were laid down below, around, and within these reef complexes are the source rocks for the petroleum in the basin. 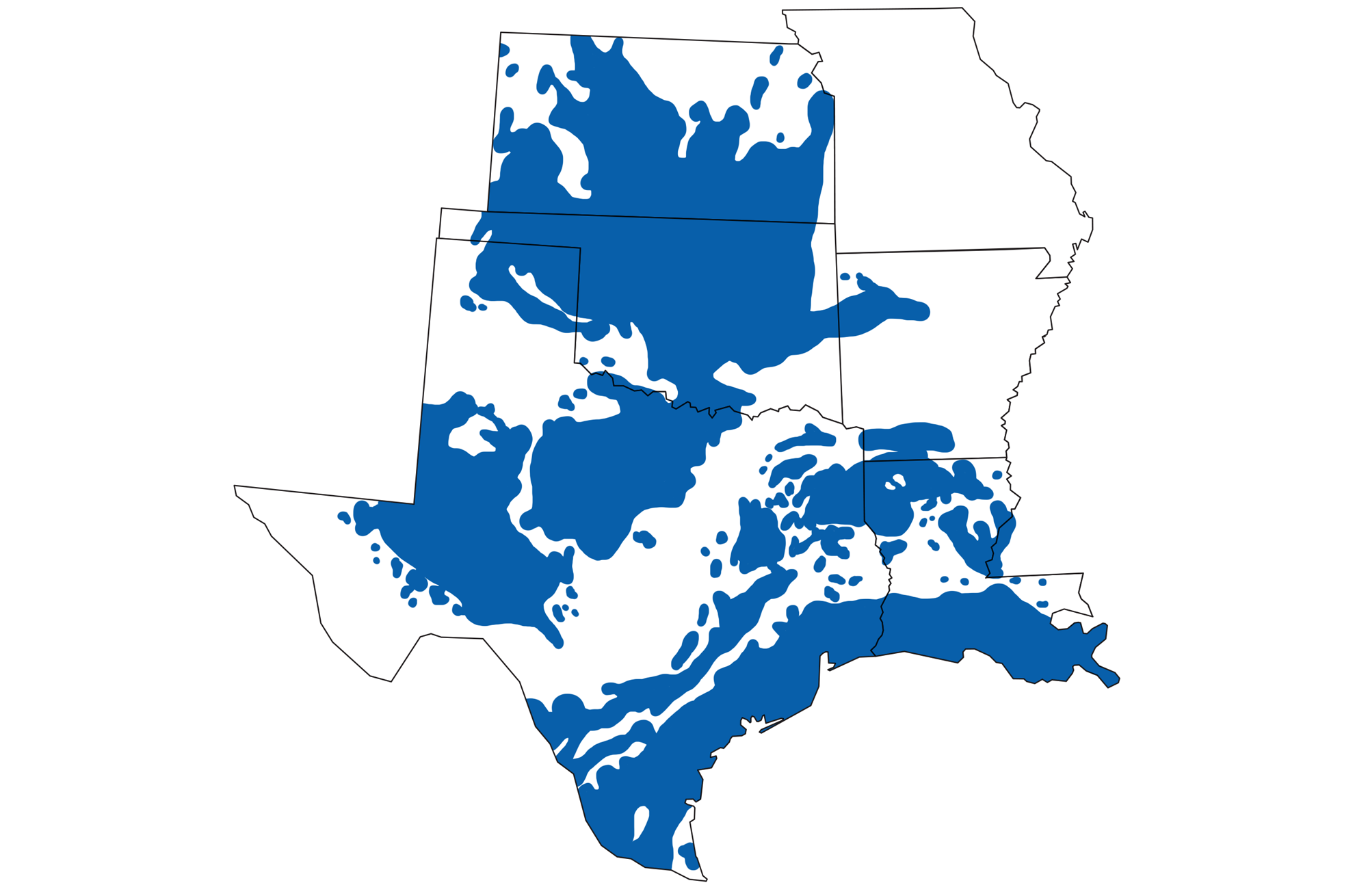 Areas of oil and gas production in the south-central states of the U.S. Map by Wade Greenberg-Brand (adapted from image by Peter Nester), originally published in The Teacher-Friendly Guide to the Earth Science of the South Central US, modified for [email protected] 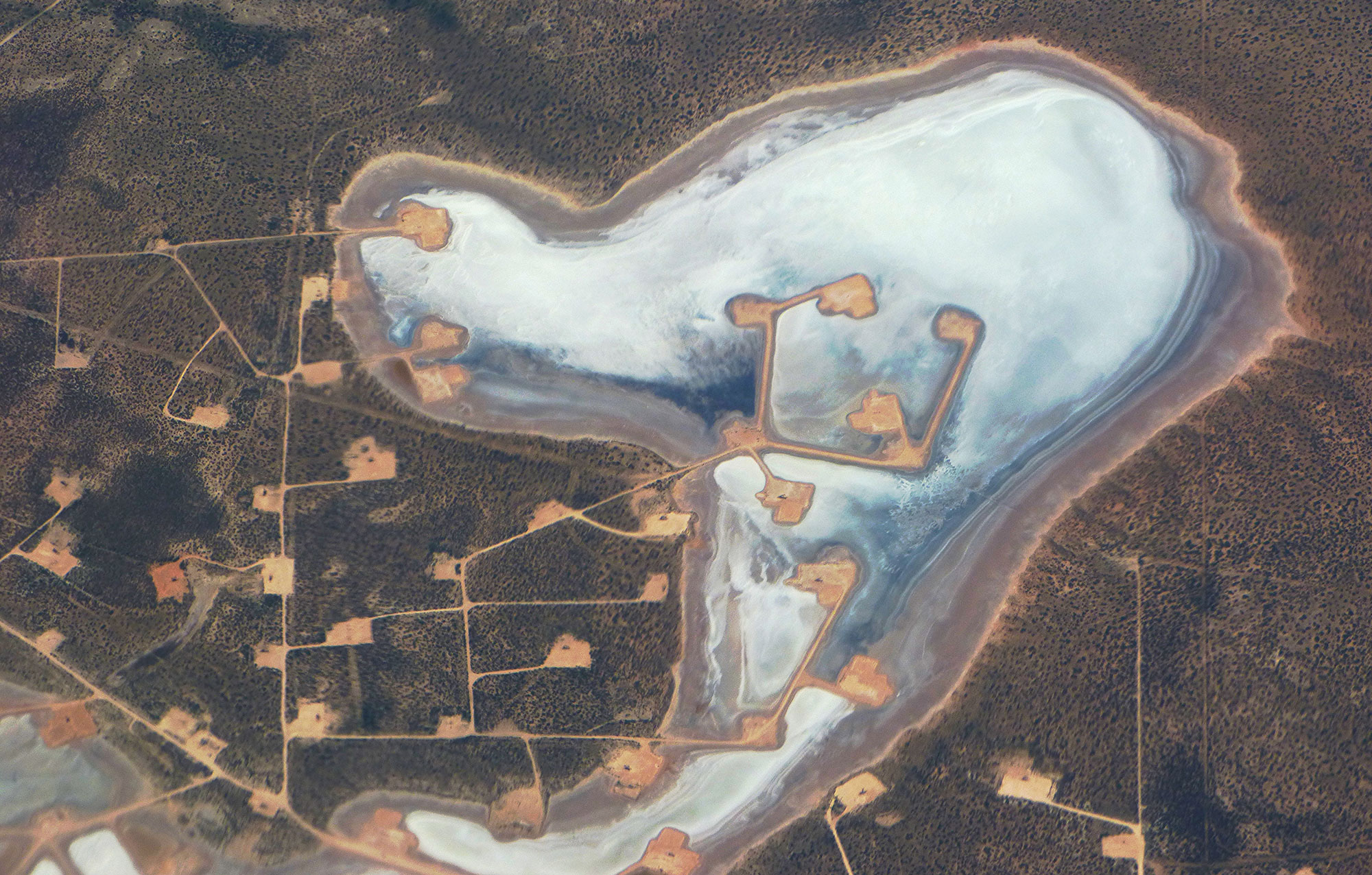 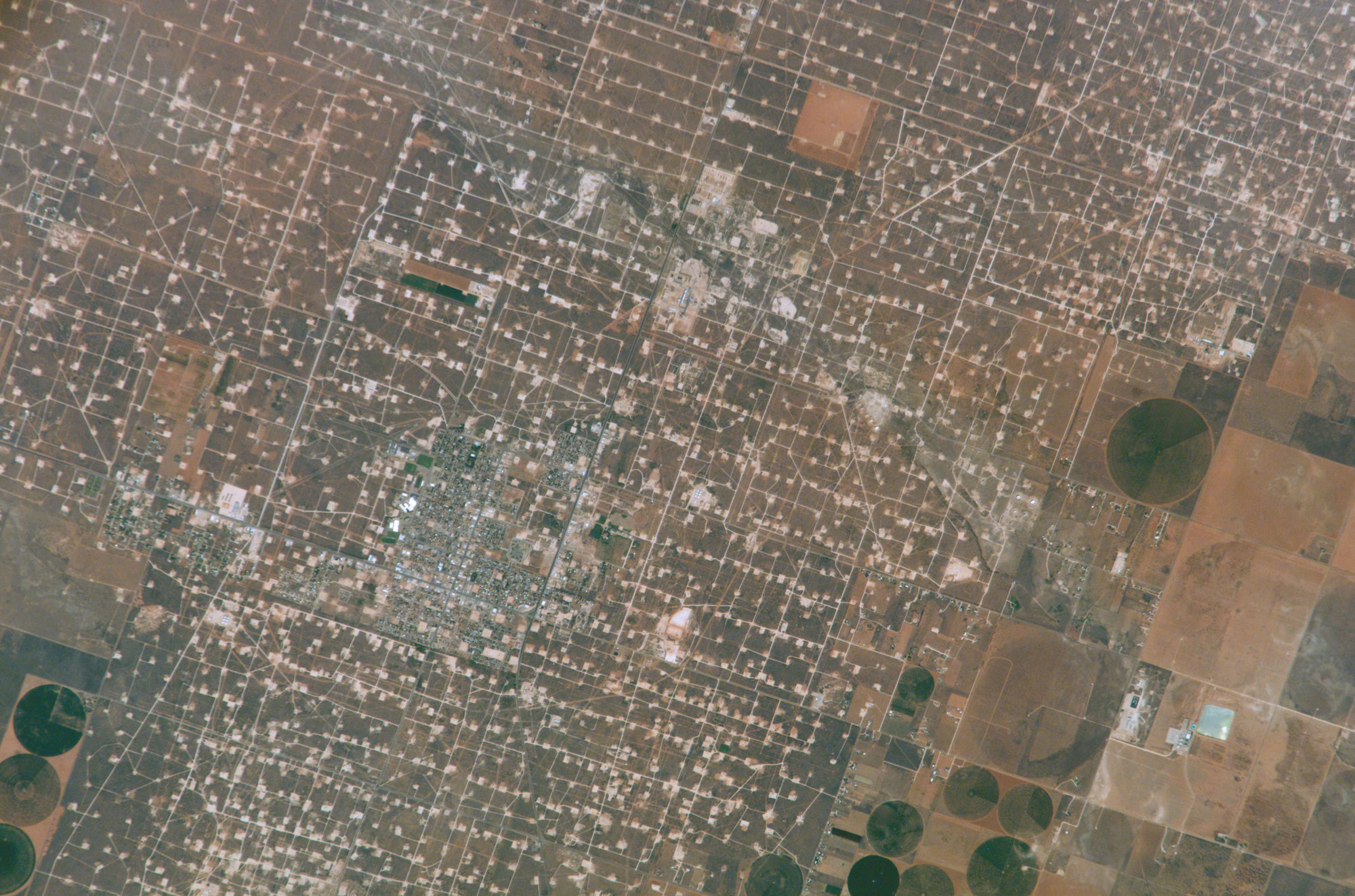 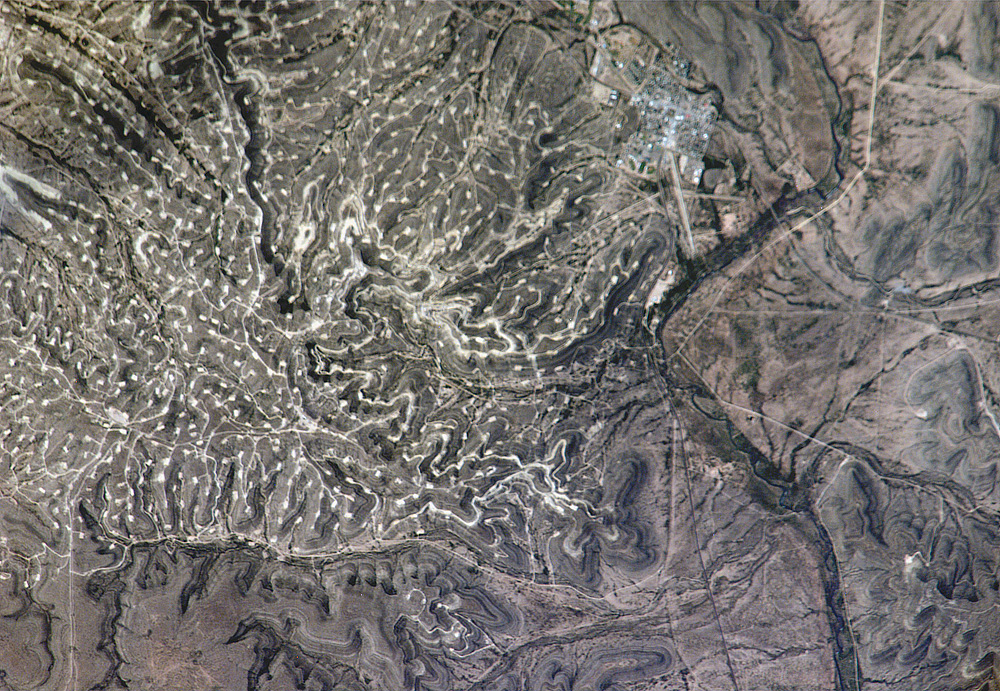 Horizontal drilling (hydraulic fracturing or fracking) in shale gas units, however, has overtaken the prominence of the Hugoton field. By 2011, production had dropped to 3.7 million cubic meters (129.4 million cubic feet). Hugoton also happens to have long been one of the world’s primary sources of helium, which has recently become the primary drilling target there.

In Texas, oil and gas may be king, but in the low, flat land of the Great Plains, wind energy is fast becoming a major component of energy production. The South Central currently has the highest wind energy capacity in the US, primarily due to wind farms in western and central Texas (but also in parts of the panhandle of Oklahoma, and southwest Kansas). There are more than 50 major wind energy power plants in this area, with proposals for even more plants to come online. The area’s largest wind farms, some among the world’s largest, are located just south of where the Great Plains region borders the Central Lowland (e.g., in the counties of Nolan, Tyler, Sterling, and Coke). In these areas, wind speed is relatively high and the population is relatively sparse, making broad-scale wind farms more practical than in some other parts of the country. Because of challenges in transmitting large amounts of electrical energy, however, most of this energy is used locally.

[email protected]: Earth Science of the Northwest-central U.S.: Energy in the Columbia Plateau and Basin and Range (covers the Basin and Range region in Idaho): https://earthathome.org/hoe/nwc/energy-cp-br/